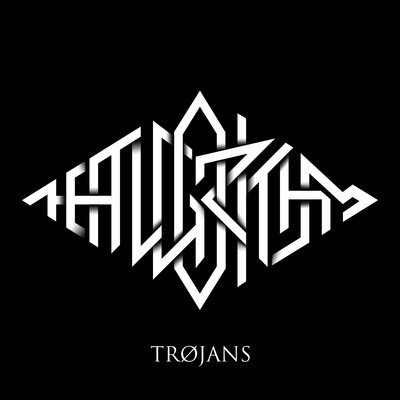 (As you may have noticed, DemiGodRaven has gone on a reviewing spree, and this is his latest, with thoughts about the new EP from The Algorithm.)

Can I feasibly post about an album on NoCleanSinging if it contains NoSinging at all? Is it even an album if the whole thing is just a three-song EP with only one really new song on it?

For those of you who don’t know about The Algorithm, a quick intro. The Algorithm is a one-man electronica project (Frenchman Rémi Gallego) whose mastermind uses a variety of elements of heavy metal as part of it. The whole thing is a wildly spastic experiment. One second he could be using something that has been characterized as djent-step, and another second continually hammering on a bass drum sample over and over. The result is something that The Algorithm has, perhaps a bit self-indulgently, begun referring to as ‘mindfuck’.

While I’m not sure about the shelf-life of that label, I do think that almost everything The Algorithm has done has been absolutely amazing. He recently signed with Basick Records and soon after released a quick EP known as Tr0Jans. It contains one new song, which is the aforementioned title track, and then two songs that were previously attached to other releases and then reworked for this one. Basick Records have been asking for 2.49 in British funny money, which calculates to around four or five bucks in American dollars for the three songs.

“Tr0Jans” itself is an interesting track, It’s one of the more straightforward songs that The Algorithm has done so far and seems built for a live show. You can almost feel it as the whole thing progresses in somewhat standard techno form, bouncing between stuttering guitar parts and start/stop drumming. You can see why people would quickly label this djent-step (another label I hate) because it does use some odd rhythms, and its willingness to shift genres into straightforward dance for a few seconds reflects much of the philosophy that makes up that scene.

It does serve as one hell of a solid intro to the type of music The Algorithm creates, and when it stops every once in a while to just stutter, it tends to take on shades of the song that got me into The Algorithm (that song is called “Critical Error”). “Tr0Jans”, however, is a little bit on the reserved side compared to some of the electronic/guitar madness that initially attracted me to The Algorithm, yet it is nevertheless a solid piece of electronica. It also sounds good live:

Some people will be familiar with “Isometry” because it makes an appearance as part of the massive .zip file that The Algorithm has on his Facebook page, where he is giving away most of his album works. This is a three-minute heavy-hitter that shares some of the motifs that make their appearance in “Tr0jans”. Yet it noticeably features heavier guitar and drum work and is a bit less techno-flavored. It’s just heavy the whole way through, so even the quick segments that tend to bounce along like a house song quickly give way to some hefty battering-ram drumming.

A good chunk of my Algorithm listening time has been going to this song in particular. From about 1:50 on, the whole thing is just madness on a drum machine. I also really like the machine-like quality the song displays in the last part. That said, this is another song that The Algorithm performs live with a human drummer, and this video shows us a live performance with the same drummer (from the band Monuments) we saw in the “Tr0Jans” video:

“Antikythera Mechanism” is another song that is a tour de force display of what The Algorithm is about. This is another one that people will be somewhat familiar with due to its early appearance in that summary-of-works file. It’s another quiet song with more in common with “Tr0jans” than with “Isometry”. You can see how the music has progressed from the chaos of something like “Isometry” to this.

That isn’t to say that The Algorithm has gone completely electronic or is favoring this specific style, because he is the sort of artist who is entirely unpredictable. He has the capability to be incredibly heavy when he wants to (see much of The Doppler Effect and Critical Error releases), so I think that he chose the three tracks on this EP to fit together with the musical theme of “Tr0jans”. I do think the whole EP is a good introduction to all the stuff that The Algorithm likes to do. And if Tr0jans isn’t enough of a tip-off, that collection of his early stuff is still available on his Facebook page.

Also, while I’m at it: This live footage is awesome.

4 Responses to “THE ALGORITHM: “TR0JANS””