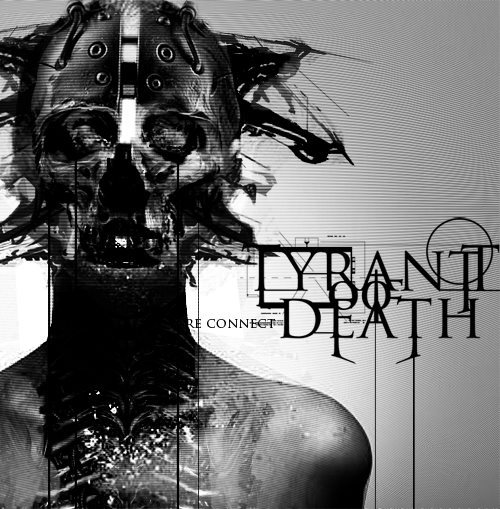 (For the fifth day in a row, DemiGodRaven serves up a review. Today, the subject is the new album by Canada’s Tyrant of Death.)

Tyrant Of Death has been one of my favorite solo guitar projects since I came across it. I don’t think many in the blog-o-sphere have waved the ToD flag harder than I have. The combination of noisy-as-hell distortion on the guitars and wall-of-sound production scratches the exact same itch that made Strapping Young Lad one of my favorite bands.

The project has seen a new lineup addition over time in the form of a vocalist who snarls his way through quite a few songs, So if you’ve known Tyrant Of Death as the goddamn guitar project that asshole DGR always posts about, then you may be surprised with some of the stuff that has emerged since early 2011.

Tyrant Of Death put out an incredible mass of material over the past year, and the fact that most of it has been released for free has been a fantastic bonus. Reconnect marks the first release of 2012 and it also marks an interesting change: It is the first ToD disc that you’re being asked to pay for. That means instead of saying, “Hey, this is excellent free music” and talking about it from a critical perspective, we now have to make a value judgement about this release as a whole. That is where things get interesting.

Having spent much time with the variety of material available under the Tyrant Of Death banner, I can say this: There seem to be two somewhat interlocking phases represented in the Tyrant Of Death discography. One of them is very electronics-focused and guitar-assisted. The music comes out sounding very computerized and includes hefty elements of electronica beats. Those releases aren’t as heavy as most of ToD’s stuff and they’re not my personal favorites, but they’re still interesting. 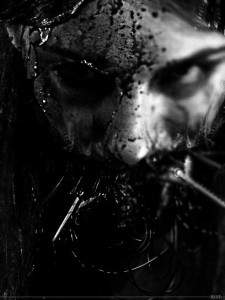 The other phase is incredibly loud, incredibly noisy, industrial-focused metal. This section is my bread and butter. I love Tyrant Of Death at its most abrasive.

Reconnect attempts to hybridize the two, and the amount of time since the last Tyrant Of Death release has afforded the ability to really focus on the songwriting this time. However, Reconnect is probably one of the weaker Tyrant Of Death albums to date. To put this in perspective, pretty much all the Tyrant Of Death material sits on a scale of good to great, so even weak Tyrant Of Death is still good. Such is the case with Reconnect.

The album sounds like an attempt to go back a bit to the earlier Tyrant Of Death sound, which, yes, was on the electronics-assisted side. That meant that, for me personally, this album was probably fated to occupy the same place on my enjoyment scale as Generation Bliss and Digital Injection. I like those two releases every once in a while, but they’re not as adrenaline inducing as the three that made my top of 2011 list (Dark Space, Macrocosmic Lunacy, and Alice’s Heroin Wonderland). The production elements of those three discs do, however, find their way onto Reconnect, which helps tie to the album into more recent Tyrant Of Death works.

It is loud, but the songwriting is a bit more subdued and focused than on the most recent works. Those familiar with Tyrant Of Death know that much of what is done under that name is chaotic and at times very unhinged. The music on Reconnect is still reliably unhinged, but much of the noisy, static-filled chaos for which I’ve developed a fondness has been filed away for now while Tyrant Of Death try new things.

Not everything is new, though. From time to time, the album includes a lot of motifs that are repeated across all the Tyrant of Death releases. Most notable is the one that sounds a lot like a koto being played. It isn’t the most original feature, but it fits in with much of the computerized stuff going on in Reconnect.

Vocalist Lucem Fero is still a monster on this release. He adds much to the Tyrant Of Death sound with a very distinctive vocal style. He sounds like a very high, shrill, and raspy black metal singer who found his way into an industrial metal group. I’ll admit that he is a bit polarizing, but like much else about Tyrant Of Death, he’s very interesting. He’s great when he pops up, and the music still holds its own when he isn’t there, which is a sign of an excellent instrumental section (Alex Rise). 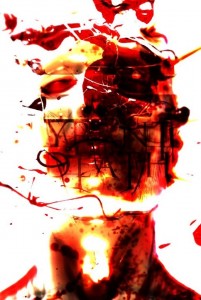 The guitar work here is very crunchy this time around, and even though ToD make great use of the wall of sound production style, it doesn’t cause everything to clip on your speakers because there aren’t as many layers of guitar as there were before. The album does a commendable job of sounding like the early Connect release, but modernized after everything that has been learned since then.

That brings us to the value proposition aspect of this release. They’re asking $10 at the gate for what is a good but not great Tyrant Of Death disc. For me, that is fine, because ToD have released such a bevy of music for free that paying the $10 isn’t really paying for Reconnect so much as it is a thank you for Dark Space, Macrocosmic Lunacy, Alice’s Heroine Wonderland, and every song in between.

Hell, even in the time between Reconnect’s release and the writing of this review, there have been two more songs and three other experiments/b-sides put up for free. That is an amazing goodwill gesture, and in my mind that solidifies the fact that the $10 is perfectly okay. A lot of bands release stuff for free in hopes of finding paying customers the next go-round. The fact that Tyrant Of Death did it for so long is great, and if anyone deserves to make a little scratch off of all the material they’ve put out, it is this project.

EDITOR’S NOTE:  Here are Tyrant of Death band links, followed by an album stream for Reconnect.

6 Responses to “TYRANT OF DEATH: “RECONNECT””