I’m still trying to get my head fully back into metal, but this isn’t exactly the re-introduction I was anticipating. My friend Ian sent me a link to this video. The performance is by a band called Children Medieval Band, whose members are Stefan (10) – vocal, guitar, violin; Olga (8) – keyboard; and Cornelia (5) – drum, harp. They were trained using EarPower software. They have put their 21st Century training to use by covering . . . Rammstein.

The uploader of the video explains: “Rammstein has some amazing compositions, likeable to younger kids.” I’ve thought the same thing! Just wait ’til these kiddies run Rammstein’s “Pussy” through that EarPower software. They’ll be humming the refrain for days and days.

But maybe their parents should wait until the kids are older before exposing them to the wonders of the uncensored “Pussy” video. Y’know, until Cornelia gets to be 9 or 10 years old.

In case the video of the kids getting medieval with Rammstein’s “Sonne” has whetted your appetite for the original, it’s after the jump. 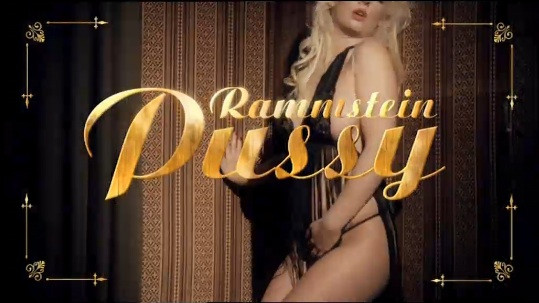 9 Responses to “THE END TIMES ARE UPON US”