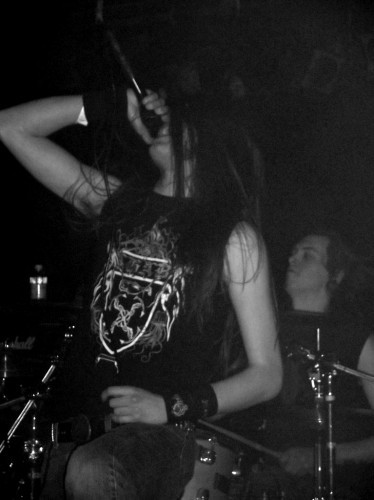 (Time to slam. We’re pleased to welcome back guest columnist JJ “Shiv” Polachek, with another installment of the Sweatpants Mosh Update. For the uninitiated, Shiv is the vocalist for both 7 Horns 7 Eyes, whose debut full-length Throes of Absolution will be released on April 24 by Century Media, and Ovid’s Withering, whose debut EP we recently reviewed here.)

Welcome back to the Sweatpants Mosh Update! Today I’d like to pay tribute to the fallen warriors of the Sweatpants Mosh — the rising stars of slam who had made their mark and showed their promise and potential, only to fall at the hands of breaking up for whatever reason. Many of these prolific visionaries would have been leaders of our current slam generation if they simply hadn’t succumbed to the final deathblow of disbanding. I’m hoping this is enough text for the intro paragraph to look legit so I can just start talking about the actual music. Here’s a picture of a baby goat just to make sure there’s something cool before the jump. 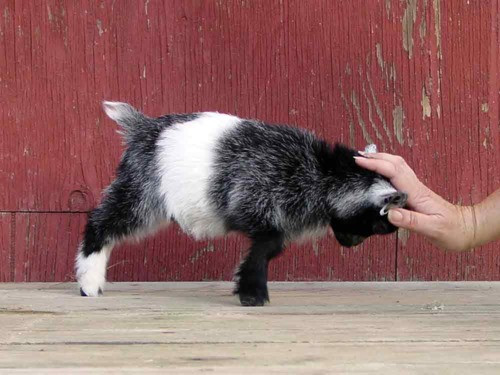 This band hit the nail on the head in every way you can imagine with this genre. They have consistent badass mosh groovement, the most ridiculous gutturals imaginable, songs that are short and to the point, and endless low-end. These guys would be up there with Gorevent, Cephalotripsy, and Devourment if they stayed at it, but unfortunately they just put out some demo tracks, played a few shows, then disappeared. They were literally on the brink of setting the standard, then POOF! Gone without a trace. Or just working day jobs like normal people with their priorities straight, I guess.

This band was up in the ranks of dynamic slam when they released this barbarically SICK slab called Apostles of Inexpression. They were on the CUSP of being the leaders of the pack of a new wave of bands combining ridiculously energetic and dynamic Disgorge-inspired technical brutality with crushing slamz. They seriously had the chops to compete with resident kings of brutality, Defeated Sanity, then UH-OH, they post some press release about breaking up and whatnot. Confound it all.

Now HERE is a mind-fuck of a band. Long before our current generation of bands thought it was the most GROUNDBREAKING thing ever to play metal and mix it with non-metal genres (closely related to bands who ride the whole “lol we play heavy music but WE TOTALLY DON’T TAKE OURSELVES SERIOUSLY”-gimmick and somehow think they’re special for it), Dripping dumped this bomb on the extreme metal world and basically no one gave a shit.

They somehow managed to mix spacey trance, hip hop samples, and whatever else together to make the most proto thing ever that slammed all the sickness when it wasn’t tripping you out. I think they played some fest last year, but as far as I know, this band is basically dead, which sucks because now that Wormed is back in action, they finally have a market. But I digress, mostly because I’m all out of stuff to say.

The biggest tragedy of these bands calling it quits was that they all had the potential to put their respective styles on the map and take over with it, but they puttered out before they even got momentum. Maybe it’s the tragedy of true art, to be lost in obscurity amongst the pretentious crap that tries its damned hardest to remind you every second how “truly artistic it is”. Every tech death band that writes about space, I’m looking at you (spoiler alert: the next 7 Horns 7 Eyes release will actually be about aliens, so I’m mostly a hypocrite). Either way, we lost some definitive chances at groundbreaking material in the absence of these progenies. May they rest in punchgore pit riffing slam groovement…

Post your thoughts! I know some of you know of other fallen heroes of brutality, and I wanna know about ’em!

3 Responses to “THE SWEATPANTS MOSH UPDATE (NO. 2)”