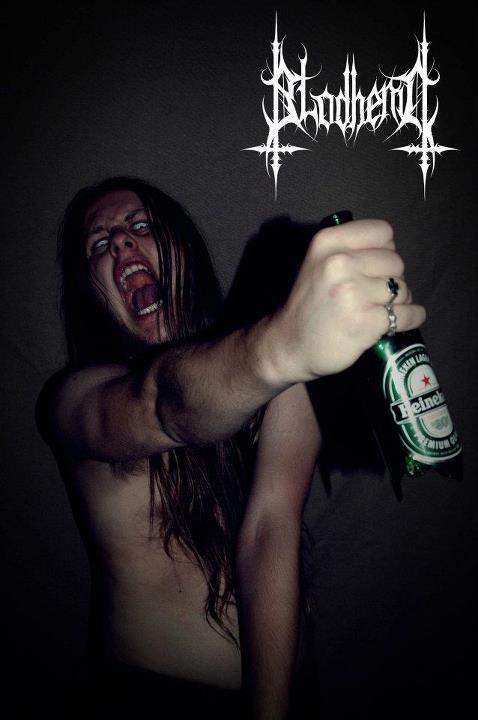 Blog-time is still short for yours truly, and likely will be until middle of next week. With one very exciting exception tomorrow, about all I can manage at the moment are posts like this one — collecting new music I’ve heard recently that I think is worth spreading around. In today’s round-up, songs from Blodhemn (Norway), Inanimate Existence (California),

Blodhemn started life as a one-man band in 2004, and Invisus (that one man) continues to write the music, provide the vocals, and play all the instruments for Blodhemn’s studio recordings, though he now has a live band recruited from Bergen for stage performances. Blodhemn released an EP in 2010 called Brenn Alle Bruer, and just last week, Blodhemn signed with Indie Recordings for the release of a debut album that has already been recorded.

I’ve heard one song from the forthcoming album, “Djevelen i Menneskeform” (devil in human form), which premiered in late January as a teaser for the album. It’s a style of black metal I’ve really grown to enjoy — a kind of brawling, bottle-throwing, stomp ‘n’ rock music that’s as catchy as it is vicious. I’ve referred to this style of music before as black metal that’s hot instead of cold, though Invisus’ vocals still bring the feel of a searing Nordic ice storm.

I don’t yet have a release date for the debut album, but you can follow what’s happening with Blodhemn by visiting their Facebook page here. 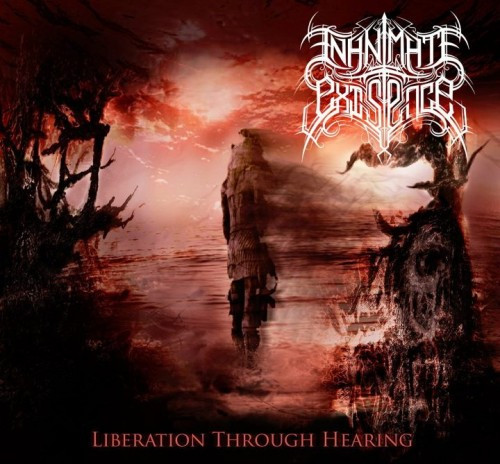 Inanimate Existence is a Bay Area band who also have a debut album on the way. The dependable Unique Leader label signed the band in March and will be releasing the new album, Liberation Through Hearing, on July 17. That cool cover art is by Alex Colon of Colonize the Rotting.

To build appetites for the new album, two tracks from it have debuted — the most recent one coming earlier today. The first song is called “Metamorphosis”, and the second one is “Iguanid Labyrinth”. I’ll tell you what, they sure as fuck have gotten me hungry. In about two seconds, you’ll figure out that this is technical death metal — but it has a mighty compulsive groove running through the hornet swarm of flying fingers and weapon-like percussion. Gruff, brutal vocals, too. Very promising stuff.

You can learn more about the band via their Facebook page.

One Response to “A SCATTERING OF SOUNDS: BLODHEMN AND INANIMATE EXISTENCE”