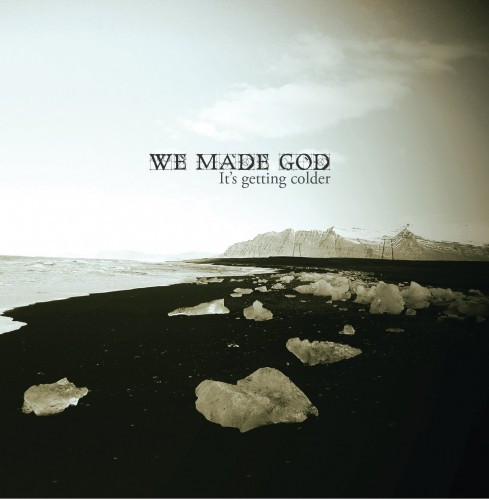 (And here we have an Exception to the Rule: Andy Synn review the 2011 album by Iceland’s We Made God.)

It seems like we’re at one of those unfortunate confluences where all 4 members of the NCS Hive-Mind (myself, Badwolf, TheMadIsraeli, and our host-body Islander) are all somewhat busy and snowed under with other things. However I made an off the cuff promise to have something for today, just to keep all you salivating comment-jockeys satisfied for a bit longer.

Now the album we have here is far from the usual NCS fare. It’s a slab of Icelandic post-rock with overtones of late-90’s emotional hardcore, mixing a majority clean-vocal delivery with some cathartic, gasping screamed sections. The vocalist brings to mind drummer/singer (and latterly screamer) Francis Mark of the now-departed From Autumn To Ashes, while musically the band wax and wane with elements of Explosions In The Sky-esque dynamism, Sigur Ros-ian calm, and the fiery heart of early Thrice.

See, I told you this wasn’t your usual NCS band. 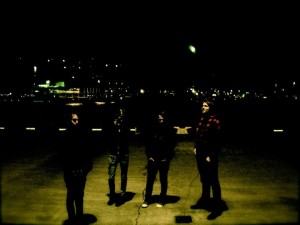 Ok, so the band might be a little too heart-on-sleeve emotive for some, and the abundance of clean vocals too much for the rest of you, but to my mind the group’s obvious honesty and emotional integrity are the key selling points. There’s something shockingly open and exposed in the album’s brittle, timorous vocals and a shameless romanticism to their soaring, melodic guitar lines that belies the crashing, tidal forces of their heavier moments. The organic integration of frantic post-hardcore elements means that the record has a more vibrant, metallic vibe than you might expect from its post-rock brethren, pulsing with a plethora of volcanic riffs and a dense backbone of rumbling bass and a drum-performance that borders on the frenetic.

“The Start Is A Finish Line” gets the album going with its slow-burn introduction of ringing chords and cascading melody lines, before combusting in an effervescent geyser of grand, forceful riffs, rolling, snapping drums, and strained, tremulous vocals. Following this, “Glossolalia” begins with a few short bars of ominous build-up before igniting into some fiery, crunchy riff-work and pained screams, showcasing the band’s hardcore influences in full swing.

“Brennt Barn Fordast Eldinn” (trans: a burnt child shuns the fire) could give Cult Of Luna a run for their money in the tormented heaviness stakes, matching all-too-short moments of introspection with quaking, brooding heaviness, culminating in a cracked and choked refrain of:

“There’s no greater pain I fear

Than to recall past joy

“Oh Dae-Su” (that’s right, Oldboy reference) is a gorgeous instrumental piece, spending several minutes exploring evocative melodies and soothing harmonies, around which subdued quotes from the film are wound in an almost carefree manner, before unleashing a waterfall of roiling guitars and crashing drums, that eventually transitions into the unsettling ambience of the short, enigmatic “Interlude”. 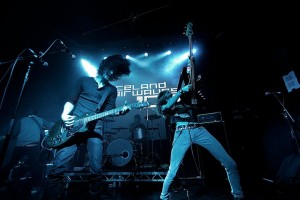 “These Hours, Minutes and Seconds” has a subtle indie-rock influence pervading its post-rock/post-hardcore skeleton, the vocals and lyrics delivered with clarity and passion while the band attack their instruments with vigour, churning out shimmering waves of majestic melody and punchy drumming, underpinned by a prominent bass-line that moves between bouncy energy and stately grandeur.

Perhaps the album’s centre-piece, “We Have Lost The Battle, We Have Lost The War” is perhaps the most emotionally affecting piece on the entire record, the vocals delivered with an aching longing that plucks powerfully on the heartstrings, the song spreading its glistening wings to glide on an updraft of gorgeous, sun-kissed chords and dream-like melody. It manages to match this emotional heft, however, with a pounding, continent-shifting heaviness which emerges in the song’s second half, leading to a thunderous climax.

The album’s denouement is the three-piece, largely instrumental title-track, “As We Sleep”, “II” and “III”. The first section is the calm before the storm, an icy sheen of melody providing a blank and formless canvas onto which the reverberant guitars and frail vocals paint a fragile picture of life and colour.

“II” moves determinedly through a progression of heaving riffs that sweep across the landscape in a furious downpour, cleansing the listener from head to toe in a rain of ice and fire. The eye of this storm is backed by the infamous, but always effective central rant from the film Network, an uneasy calm in a sea of choked, emotional screams and torrential riffs which shake and shudder with barely repressed fury.

Finally “III” brings this tripartite exploration of the emotional spectrum to a close, its hypnotic ambience dissolving slowly into flickering embers, light and shade, as each instrument drops away leaving only echoes and absence in their wake. 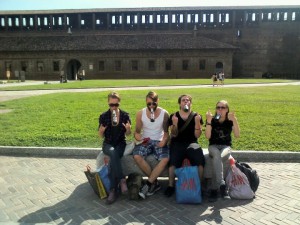 This is an album that flows seamlessly from one tack to another, taking the listener on an emotional journey. If you let go of your preconceptions and let yourself get lost in the music, you might find yourselves spent and exhausted at the end of the experience. Yet equally it’s an album that rewards conscious exploration and thought, particularly in the strength of the lyrics and the clever layering of parts and influences to make a cohesive, and unique, whole.

A 3-track EP titled Fragments is available for free download over at www.wemadegod.com, along with a sequel/continuation of the track “Oh Dae-Su”, cleverly titled “Oh Dae-Su II”.

EDITOR’S NOTE:  It’s Getting Colder is available on Amazon mp3, iTunes, and elsewhere. We Made God’s Facebook page is here. Here’s that centre-piece song Andy wrote about:

3 Responses to “WE MADE GOD: “IT’S GETTING COLDER””