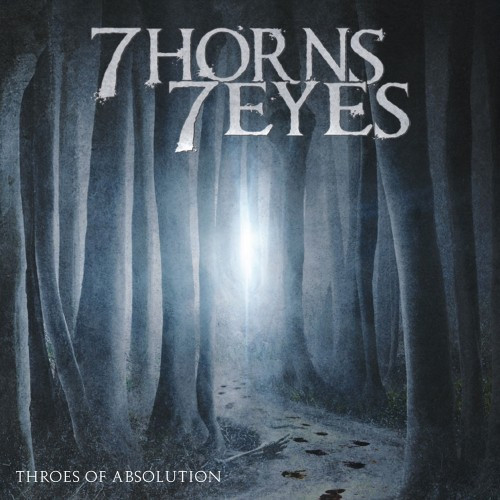 January 26, 2010 — the day when I first saw and heard 7 Horns 7 Eyes. They were the only local Seattle band on a night that included The Binary Code, Revocation, and Hypno5e. They played last, and I nearly left because I had an early start at work the next day, but I didn’t — and man, was that a piece of good fortune. As I wrote the next day in a review of the show for this site, I was thoroughly blown away: “If merit counts for anything (and unfortunately, it doesn’t always), these hard-working dudes will find a place in the vanguard, and the kind of widespread notice they deserve.”

Since that night, I’ve seen the band put on more riveting live shows and written about them frequently at NCS. They’ve undergone some changes — including the addition of vocalist J.J. “Shiv” Polachek (who has recently become an NCS guest columnist). But perhaps the biggest change is that they’ve signed with Century Media and Basick Records, and they’re on the verge of releasing their debut album, Throes of Absolution: April 24 in North America (Century) and a day earlier in Europe (Basick).

Not all success stories are happy ones (lots of low-talent artists become successful), but this one sure as hell is, and we’re stoked to show our support by streaming the entirety of Throes of Absolution for your listening pleasure.

If you’re new to 7H7E, I’ll say this much for now and save the rest for our review, which will be coming soon: This is a really good album. Jolting stop-start rhythms, dark keyboard atmospherics, thunderous bass-lines, guitar leads and solo’s that go off like fireworks, beastly vocals, swirling melodies, excellent songwriting.

Now, without further ado, here’s the music. We’ll bet you haven’t heard anything else like it this year.

Throes of Absolution can be ordered from Century Media via this link or from Basick Records at this location. To follow 7H7E, visit their Facebook page.

22 Responses to “AN NCS PREMIERE: 7 HORNS 7 EYES — FULL STREAM OF “THROES OF ABSOLUTION””