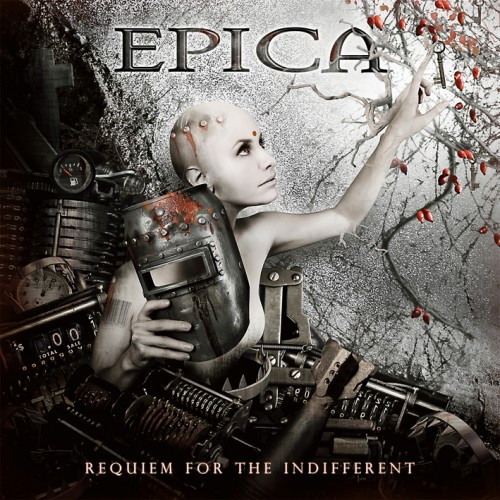 Just kidding. In my quest to talk about everything I’ve been listening to lately, I find myself chasing after a train that left the station months ago. I’ve always enjoyed Epica’s brand of symphonic metal + operatic vocals, and it has been a little while since their last release, Design Your Universe. However, the past two months or so have been pretty intense on the release front, so for some reason or another I’ve always had a note that says “Review Epica”, and finally here it is…

But in all seriousness, I’ve been sort of unfairly pushing back the group’s latest release Requiem For The Indifferent since I didn’t really find myself melding well with the first couple of songs that the band released from it. Design Your Universe was a bit of an odd duck since it seemed like Epica didn’t really know where they were going with that disc. So while you could find good songs there, its direction seemed a little unfocused. Still enjoyable, and it includes some of Epica’s best stuff, but it never really lasted in my mind as much as I thought it should have. Those two factors led me to procrastinate in giving Requiem a spin and actually formulating some sort of opinion on it. 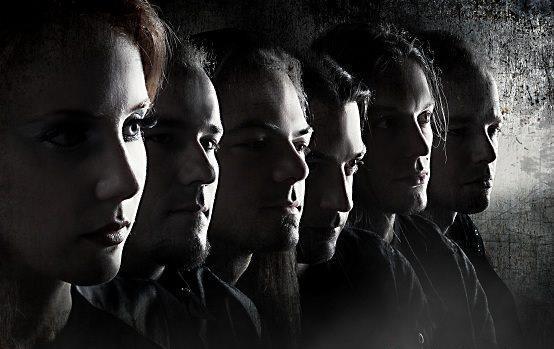 Now that I’ve done so, I can go so far as to say that this album, much like Design Your Universe, contains some good music, but it feels as if Epica are being pulled in multiple directions. It seems as though they want to be a heavier band than they’ve been before, but not without losing the duality they’ve had before of mixing operatic vocals with something along the lines of grunted death vocals. Epica’s earlier works seemed written more around vocalist Simone Simons, with Mark Jansen’s brand of death-grunt vocals being added later in order to fill out the song. Now, they’ve made a bit of a switch, both in terms of general subject matter (Requiem is a much darker disc than what came before) and vocally. Now, the death vocals propel a large chunk of the songs, with Simone picking up the choruses (in the very familiar good cop/bad cop songwriting formula, with clean choruses/growled verses) and adding backing choral work.

Like all Epica albums, Requiem For The Indifferent is packed to the gills with material. The band have kept themselves very busy in the three years between Design Your Universe and this disc. It includes thirteen tracks, and barring two-and-a-half-minute intro/interlude tracks, most of the songs stay within the five- to six-minute range. There’s one that is three and a half, but even that one is balanced out by an eight-and-a-half-minute one which reminds you that, Yes, you are in fact listening to Epica. 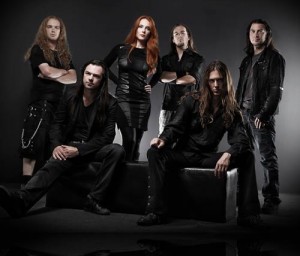 The eight-and-a-half-minute title track is one of the songs that summarizes the overall theme of the album. You’ll know when you land on it, because even though it is track six, it seems like the previous five were basically building the mood for this one, and everything after seems to fall in line with its general lyrical message. Requiem is one of those discs that buries itself headlong in its subject matters of war, death, personal strife. Hell, Epica even named a song “Deep Water Horizon”, which is about as on the nose as you can get. I can’t imagine that song was going to be a retelling of the movie The Abyss.

After sitting through previous albums dealing with subject matter such as the Maya and the abstractions of designing a universe, Requiem seems like a more personal album for Epica. This is also the first Epica disc that does not add any more parts to either the “A New Age Dawns” or “The Embrace That Smothers” batch of songs. It is clear that, in this specific respect, Epica want Requiem to stand on its own as a single collection of songs, without trying to tie it into any of their other works. In light of that, and considering the trend toward the heavier side in their music writing and the lyrical subject matter, Requiem feels like a soft relaunch of Epica as a band. Too bad it still shares some of the same issues that Design did by being a bit on the aimless side.

Epica obviously stayed busy in the three years since Design creating a lot of music for this album, but quality is a little iffy across the whole release. The band don’t write bad music, but there are a couple of mid-level groaners in between the good songs. That is often true of many full-length albums, but as a track list grows in length, the odds of finding songs that seem a little bit ‘standard’ increases significantly. One of the things that did surprise me was the shockingly low number of slower, ballad-like songs. 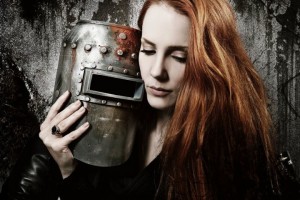 Even though Epica are still a reasonably young band by disc count, one pattern that has emerged on their previous albums is the presence of three or four songs that focus heavily on just Simone and her singing ability. Those songs have never been my favorites, as the music is usually slow, interchangeable, symphonic stuff. It is a pattern that pretty much every band with a female vocalist in this genre tends to follow, so that there is a blurring of the line between being a metal band and sounding like a contemporary adult music group with better instrumentalists in the background. Simone is a really good singer, so it may be understandable why Epica is tempted to travel down this road so often. But in the case of Requiem, with the band appearing to make a lateral jump into something heavier, it is as if Epica decided to trim the fat, while still feeling the need to let old fans know that they’re still listening to Epica. And lest there be any doubt, you get the two-minute-long intro that contains a whole bunch of Latin gibberish in choral form.

Even though much of Requiem does feel like a heavy-handed lateral jump into a weightier spectrum, the album bounces between a mediocre solid and the occasional excellent track. Requiem is still a good listen if you even enjoy Epica on a casual level, as I do, but overall, the album feels like a quick fix without real lasting appeal. It’s as if someone told them, “You know, we haven’t had new Epica in a while”, and the band heard that and kicked out more Epica. Not necessarily better than usual, just more. The group do work in a lot of Middle Eastern sounding melodies toward the latter half of the disc, and perhaps that is no surprise given how much the region dominates the news cycle these days; if you’re going to do an album about war, poverty, and suffering, then that is the area an outsider probably can’t ignore.

The great listens, in my memory, are the second track ‘Monopoly On Truth’ and, yes, even though the song has had to grow on me, ‘Storm The Sorrow’. ‘Monopoly on Truth’ has the sort of shifting dynamic for which I find myself coming to Epica, and ‘Storm The Sorrow’ is the one really solid example of how much the band have changed their sound. 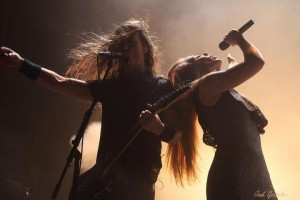 Much like Design before it, Requiem is an album that probably won’t grab a ton of new folk. It’s good if you already enjoy Epica’s sound, but it seems as though the band are still searching for that one specific thing that will keep their hooks sunk into people. Whereas The Divine Conspiracy and Consign To Oblivion sounded like a band who were set in their sound and simply working toward better production methods, Design and Requiem sound like a two-fer of a band trying to change things up a bit, but still being too scared to really jump whole hog into the enterprise. Thus, Epica’s sound has shifted at a glacially slow pace. Tunings and songwriting styles be damned if the formula is still the same.

The fans will be pleased with Requiem, and hell, on a casual level, I do enjoy it. But I’m the type who needs to be swept up in something to really mark it as one of my favorites of the year, or even to think of it as an album to which I will consistently return. Epica being Epica, even a heavier sounding but still kinda formulaic-ally-like (yes, I made up a word for this situation) Epica, isn’t going to cut it as well as it used to.

One Response to “EPICA: “REQUIEM FOR THE INDIFFERENT””