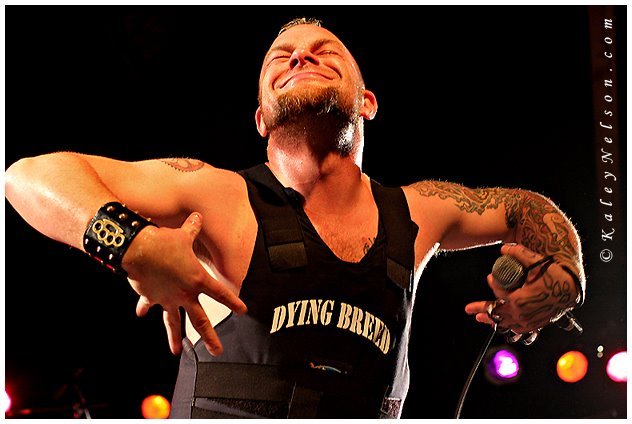 To start with, let me say something controversial: A huge proportion of the metal scene craves recognition/acknowledgement from the mainstream. And I’m not talking your Linkin Park’s or your Limp Bizkit’s, no, I’m talking about bands, fans, and journalists who are truly interested in the more legitimate forms of metal, yet are exceedingly sensitive to any instances of mainstream exposure. Even they have an underlying craving for acceptance. We claim not to care about such things, but the second a “real” metal act gains some chart success we’re out there trumpeting to the world in a strange mix of superiority and attention-craving.  It’s why every third-rate deathcore or metalcore act does a generic Katy Perry or Lady Gaga cover. It’s why djent failed to achieve its initial promise, falling prey to the same pitfalls of hype and ill-advised pop covers as nu-metal, albeit with more bedroom technicality. The mainstream is insidious in its influence, and permeates even the most underground of metal genres. 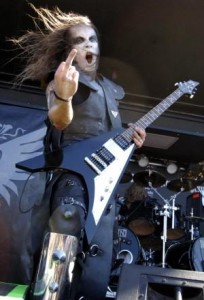 We tell each other we don’t need the mainstream (and indeed, with the growth of more and more viable DIY methods, we’ve seen bands forging ever more successful careers without ever achieving any sort of acknowledgement by the wider public consciousness), but we’ll take any opportunity to grab their attention. And I’ll tell you now, I’m not innocent of this. I’ve taken many opportunities to try and expose others to non-mainstream metal bands, based on the idea that they are somehow “better” – and yet, why do I do this? What’s behind this odd need for celebration or recognition?

Well for one thing, we’re largely the ‘misfits’ of society. Sometimes we choose to be so, to be different (deciding you like metal can still serve to ostracise you from certain parts of the community, even in these days), and sometimes we’re misfits for other reasons, who are drawn to metal as a music designed and welcoming for the ‘outsiders’. Yet still, there’s undeniably a part of us that’s always looking to “show” the world how good we are, how we aren’t really misfits/weirdos/whatever. And that’s fine. But we have to acknowledge that this is still looking for recognition from mainstream society. It’s the central dichotomy of metal as a cultural movement, the rejection of mainstream conformity coupled with a subtle sense of “look, we’re just as good as YOU are”. No matter how much we deny it, there will always be a part of us that would like to be ‘cool’, even if only to see what it’s like for a while.

It manifests in so many ways. There’s the pernicious, “we’re all freaks and losers together” vibe that groups like My Chemical Romance, Marilyn Manson, et al, have used to such commercial success,  uniting all the “freaks” into a force which, while remarkably feeble in many respects,  still has at least some commercial viability and recognition. And yet that’s not so far removed from the “brothers-in-unity” vibe espoused at your local hardcore show – the reactionary, ‘fuck the world, we are one’ idea that similarly demands attention and recognition by defining itself in opposition to the mainstream. It’s hard to kick against the pricks if they’re just ignoring you. 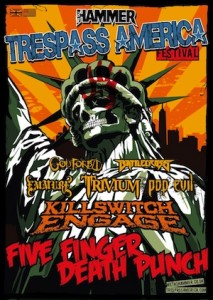 Perhaps the most common form of it though is in those metal acts whose careers do, to some extent, depend on riding this line between mainstream exposure and (often limited) underground appeal. Take media darlings Five Finger Death Punch (whose ‘soldiers of metal’ schtick might be the most over-compensating gimmick since Manowar). Recently they announced their Trespass America tour/fest, with a statement to the effect of “we’re going to force the mainstream to accept metal” (it may possibly have ended with a “hoo-rah”, but I can’t be certain).

Now, it may just be me, but it seems there’s something just a little bit desperate about that sort of statement. Though it may well be motivated partially by financial concerns (which I refuse to judge them on, one way or another – bands need to make a living to be able to exist), and the idea of creating a festival to take metal acts, many of whom, noticeably, either already have a reasonable mainstream presence or are, at least, somewhat mainstream friendly, into the mainstream consciousness just seems odd to me. I’m not decrying the festival itself, but the way it’s been phrased and presented. What’s more it just seems like a very real exercise in futility. It probably wouldn’t appeal to FFDP, or their fans, to know that they come across more like children looking for praise from their parents, rather than as ‘metal warrior, taking the fight to the enemy’.

Just as current, there’s a constant thread that ties together bands like Bring Me The Horizon, who made a conscious jump towards a softer, more mainstream sound (coupled with the oh-so arrogant and dismissive statement that they “were never just a metal band anyway”), and individuals like Skrillex, who similarly moved from a failure to succeed in one genre to riding the zeitgeist of another – thereby opening the floodgates for every up and coming metal musician or act to have a dj or dubstep side-project. Is this a sign of widening tastes, or just emblematic of the need to be part of something ‘cool’? If you realise you’re not going to cut it in “the underground”, where tastes and criticisms are arguably much harsher and harder to please, why not try and achieve some success in the mainstream pond, which may be just as crowded, but where standards are (arguably) lower?

You could argue, in fact, that this shows a breaking down of the reactionary walls that divide our sub-genre from the rest of the musical landscape. That you no longer have to be “different”, since you can be just as “cool” as the rest of the mainstream. Conversely you can argue that this very goal neuters much of the integrity behind our chosen musical form – what exactly is going to happen once we ARE accepted by the mainstream? Particularly since, as we have seen, the unit-shifters who gain mainstream success still remain, largely, the ones most divorced from the central tenets of the metal genre. Five Finger Death Punch may have guitar solos, but they wouldn’t have the success they do without their Nickelback-lite choruses and lowest-common denominator imagery. Lacuna Coil do well for themselves these days, now that the songs and riffs are simpler and the female vocals garner 99% of the attention. I’m not decrying either of them, not really, it’s just the way they are – but the very fact that people have to make the argument as to whether they are metal or not is telling. 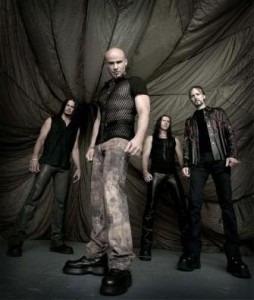 I remember years ago a quote from Disturbed, around the time of their second album, where they name-checked both Shadows Fall and Avenged Sevenfold as bands who had been “influenced” by Disturbed to start incorporating guitar solos – a statement so massively arrogant and patently inaccurate that it forever cemented them in my mind as hollow, radio-friendly unit-shifters, nothing more, nothing less. And it’s that exact thing that epitomises one of the key problems of this drive towards the mainstream. Although it seems admirable on the surface, taking a musical form of more integrity and honesty and placing it before people so they can see what real effort and emotion can achieve, it belittles the efforts of those who don’t achieve, or don’t want to achieve, this sort of success. For FFDP and their Trespass America jaunt, the only measure of success is going to be the number of cds they sell off the back of it. For Disturbed, they betrayed their own ignorance by being  seemingly unaware that a band could exist in the underground, as if bands suddenly leap into existence once they sell a certain number of units or crack the charts.

But ultimately, it’s all part of the same thing. I may tell my friends “you should listen to this band or this band” instead of the pop-rock or indie groups they like, we may all make a big deal about so-and-so cracking the top 50, and bands themselves may take a big game about “conquering the mainstream”, but in reality we are all looking for acceptance. It’s why we form little sub-cliques even within our own genre. The mainstream is just the biggest clique of them all. We deny we want anything to do with them, then salivate over even the tiniest morsels of attention, looking for a paradigm shift I’m not even certain we actually want.

None of this is going to change, nor am I complaining or trying to wish it all were different, but I do think it’s something that we should be able to think about and talk about, as it’s harder to draw a line between who’s mainstream and who isn’t than you think.

44 Responses to “METAL AND THE MAINSTREAM”