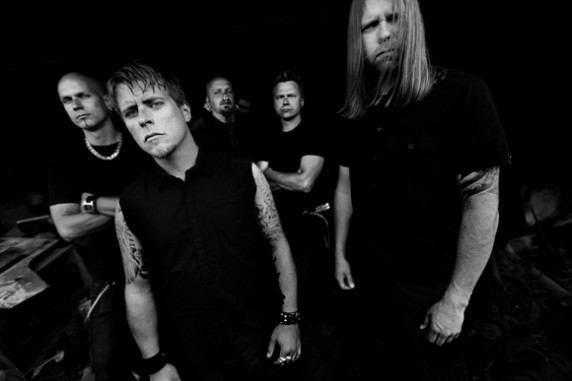 Sweden’s Evocation are one of my favorite death metal bands. They are old school. I don’t mean they mimic the old-school sound. I mean they went to the old school when it was new and graduated with honors.

They recorded their first demo (The Ancient Gate) in 1992 and another promo that same year, and then in 1993 the band split up, despite interest being expressed by a number of labels. Evocation returned to life in 2006 with a demo of new material, and then three full-length albums were released between 2007 and 2010, the last of which was the wonderful Apocalyptic (2010).

Since the release of Apocalyptic, Evocation signed with Century Media. On June 26, Century will release Evoked From Demonic Depths – The Early Years, a compilation of demo, unreleased, and rehearsal material.  This isn’t the first comp of old Evocation material; another one was released in 2004 by a label named Breath of Night. But the new comp will include a different collection of songs and performances, as well as a 32-page booklet and three live bootleg videos from 1992.

One of the songs on the forthcoming comp appeared on that four-song  1992 demo, The Ancient Gate. It’s called “Through the Darkened Peril”, and earlier this week DECIBEL began an exclusive stream of the song. It’s a great song — but it’s actually been released before — and that brings me to Swedish Death Metal. 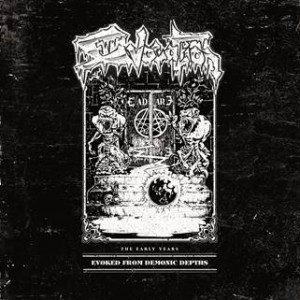 Swedish Death Metal is a book published in 2007 by Insision bassist Daniel Ekeroth. I haven’t read the book, but I’ve read about it. Ekeroth described the book this way: “Swedish Death metal. This is the improbable history of how it all began and evolved into the early ’90s. The book also includes a massive A-Z of Swedish death metal bands (about 900 entries) as well as fanzines. All in all, the book is 480 pages long, and contains over 500 cool pictures. About 30 central characters of the scene have been interviewed.”

Late last year, that entire compilation became available for the first time as a digital download on Amazon mp3 and iTunes. I’m really tempted to get the whole thing, though I’ve already cherry-picked a few tracks, one of which is that Evocation song that DECIBEL is now streaming.

Allow me to repeat: this is a great song, and it captures the style that led to a death metal explosion cross the world in the early- to mid-90s.  You can read an interview about the song with Evocation at that site HERE, and stream the song there, too.  Or you can hear it below as it appears on Swedish Death Metal:

“Through the Darkened Peril”

[audio:https://www.nocleansinging.com/wp-content/uploads/2012/05/Disc-3-01-Through-The-Darkened-Peril.mp3|titles=Evocation – Through The Darkened Peril]

By the way, if you want to catch up on more recent Evocation material, including videos, check out our previous posts about the band here.

11 Responses to “EVOCATION IN THE TIME CAPSULE”