(Our friend groverXIII reviews one of the best albums of 2012, the long-awaited, eagerly anticipated full-length debut by Ne Obliviscaris.)

Five years. Five very long years have passed since the release of Ne Obliviscaris’ impressive 3-song demo, The Aurora Veil, one of the most polished demos I’ve ever heard. The impressive mix of black, death, and progressive metal displayed there had me yearning for more, and finally, the band have released Portal Of I. The album features the three tracks from the demo (re-recorded, albeit very faithfully to the originals) and four new songs, all of which fit together perfectly to create one of the year’s best progressive metal albums.

Musically, Ne Obliviscaris (Latin for “lest we forget”) bear certain similarities to Ihsahn’s solo work as well as Enslaved’s more recent material, but that comparison doesn’t really do the band justice, because they don’t really sound a great deal like either band. There is the basic framework of black metal, with scads of lightning-fast double-kick drumming (courtesy of drummer Daniel “Mortuary” Presland, who has previously been named as the Fastest Feet in Australia) and tremolo-picked riffs, along with the throaty roar of vocalist Xenoyr, but that’s only part of the story.

For starters, there’s the interplay of guitarists Benjamin Baret (leads) and Matt Klavins. Baret and Klavins play off one another almost constantly, with Klavins generally laying down base riffs and Baret providing counter-melodies and lead flourishes. There’s the clean vocals and violins, both performed ably by Tim Charles, who adds another layer of melody alongside Baret and Klavins. And then there’s bassist Brendan “Cygnus” Brown, whose work on the low end isn’t limited to simply following the riffs. Brown makes sure that his bass plays as much a role as the other instruments, allowing him to add to the sonic tapestry while still maintaining the foundation of the songs. And the aforementioned Mr. Presland does an excellent job keeping things interesting, no small thing when most of his beats are over the top of his ever-present double-kick. 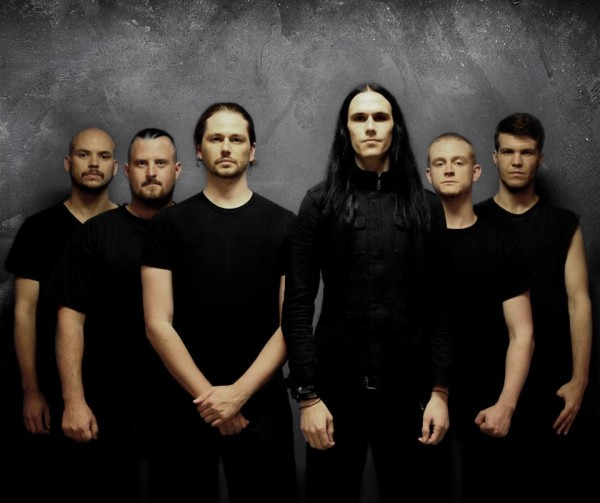 The album’s new tunes, as I mentioned before, fit perfectly with the already-familiar old songs, and I see that as a sign that this band are already confident in their sound. Ne Obliviscaris maintain a lot of what they initially did with The Aurora Veil  on Portal Of I, with extensive song lengths (with the exception of ‘Of The Leper Butterflies’, the songs all clock in around 10-12 minutes long) and excellent use of quiet, introspective passages to provide variety. The album is not something that you can really listen to in small pieces, as a result; to properly experience it, you’d be best suited listening to it as a whole. There are a lot of subtle intricacies that aren’t necessarily apparent on first listen, and that’s one of the album’s greatest strengths. It’s a tribute to the band’s musicianship that I’m still discovering new wrinkles every time I listen, even with the songs that were on the demo.

If there is anything to the album’s detriment, it’s that I’m having trouble finding specific portions of the album that really stand out. There are little melodies here and there, guitar leads and bass flourishes that do occasionally stand out in my mind, but even now, I can’t really identify them until they happen. It’s a product of the album’s expansive scope, really, which is fine with me anyway… I’m one of those people who prefers to listen to albums as a whole instead of single tracks. But it’s also a product of the entire album being this good, which is also fine with me. In a year that promises progressive new albums from the aforementioned Ihsahn and Enslaved, as well as the already-released Diablo Swing Orchestra and Sigh albums, Ne Obliviscaris have come through with an unforgettable album of their own. Five years? It was worth the wait.

EDITOR’S NOTE: Portal of I is available now on Amazon mp3 and iTunes. For people who want physical CDs and shirts, you need to go to THIS STORE. To learn more about NeO, their Facebook page is here. And for those of you who haven’t yet heard NeO’s music, it’s time for you to take the plunge:

7 Responses to “NE OBLIVISCARIS: “PORTAL OF I””