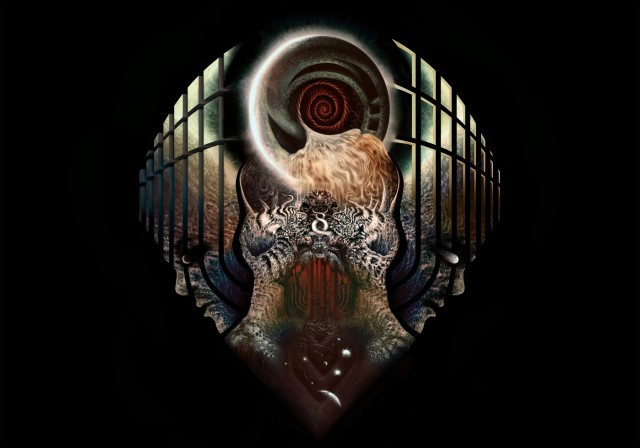 (We’ve been discovering a lot of good new Icelandic bands recently, and Azoic is the latest. In this post, Phro reviews their debut album, Gateways.)

So, this evening, I opened up my e-mail inbox at PhroMetal (shameless self promotion alert) to find a message from…Iceland? Wow, that’s pretty cool. I don’t know anyone in Iceland. I’m pretty sure I’d have a hard time just trying to find it on a map. (I’m really bad at cartography.)

Anyway, the e-mail was from a band called, Azoic. I don’t know what that means, but it sounds like the kind of noise that the Joker would make if he accidentally inhaled a balloon filled with laughing gas after being punched in the gut by Batman. They were nice enough to ask me to review their new album, Gateways. (I’m not sure if they’ve read anything I’ve written before, because, really, if they had, they’d probably know better than to send me anything besides death threats. But they included a download link, so, hey, I’m not complaining.)

The e-mail called them a black/death metal band. I think that’s pretty accurate, though also functionally vague. (Which really isn’t their fault. Genre labels are important and helpful most of the time, but once we start breeding subgenres with subgenres, we usually end up with mutated bastard children who have difficulty establishing personalities beyond what their parents gave them.) So, we’re gonna have to get our fingers poopy and talk about this album from the butthole out. (That means we’re going deep, hard, and probably somewhat uncomfortably.) 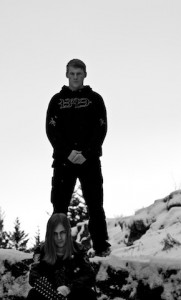 The first thing I was reminded of upon listening to the album was Anaal Nathrakh, which is kind of a heavy burden to put on anyone, but I like dropping heavy shit on people’s chests. (Wait…yeah, that came out exactly how I wanted it to.) It also reminded me of a stampede of fast frost zombies rampaging across an Ice Age landscape in search of slightly chilled headmeats.

I really need to emphasize the horde part. The guitars really fill the tracks and barrel over everything, shoving the vocals toward the background. That might be annoying on an album with clean singing (gag-on-a-donkey-spunk-spraying-dildo), but here it serves to accentuate the feeling of holy-shit-I-think-we’re-gonna-die that the vocals embody.

The guitars are a mess of relative clean sounding notes ringing out over a gravelly, barren miasma of black/death chugging and sticky, syrupy bass lines. The bass, in particular, plays a nice role in the mix. Fortunately, it’s not funky (like some tech-death bands who I’d like to ear-rape with jazz drum brushes), but it does pummel the lower end like a fat man beating his limp, disdainful cock until it squirts out a glop of sad fuck-juice.

Occasionally, the vocals do dip into the unholy, distasteful dark arts of “clean singing,” but the singer does a good job of avoiding sounding whiny or nasally by making the cleans more of a chanting. I have no idea what the lyrics are, but it does sound like the kind of chanting that you’d expect to hear in a monastery just before someone sacrifices a virgin to Satan for some rubber underwear and a few hundred altar boys.

For me, the best aspect of this album is the feeling of despair. Not the despair of my-girlfriend-left-me-I’m-gonna-get-a-stupid-haircut, but the despair brought about by the sun setting for six months and knowing that if you go outside the frost zombies will leap on your back, shove you to the ground, chew on your skull and then fuck your brain stem with frigid icicle cocks.

You should check Azoic out at: 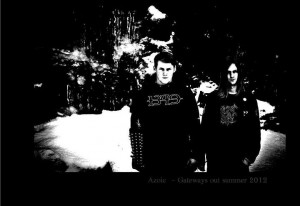 EDITOR’S NOTE: Azoic is a two-man band, and one of the men is Ragnar, who is also the drummer for an outstanding Icelandic outfit named Atrum, whose debut EP Opus Victim was reviewed for us by Andy Synn here. Azoic may have mistakenly assumed that by sending us a promo of their new album, we would publish a serious, literate review, comparable to the one Andy wrote about Opus Victim, instead of one filled with references to frost zombies and floppy cocks. However, they also separately sent Phro the album, and, well, you see what happens when you do that.

Azoic plan to release Gateways for online distribution later this summer. When that happens, we’ll let you know.

To date, Azoic have released one song from the album for streaming — “Monasterium” — along with an album preview containing excerpts from many songs. We’ve got both of those for you below. But the band also kindly gave Phro permission to let us stream a new song not previously made available for listening, and this is the one Phro picked: