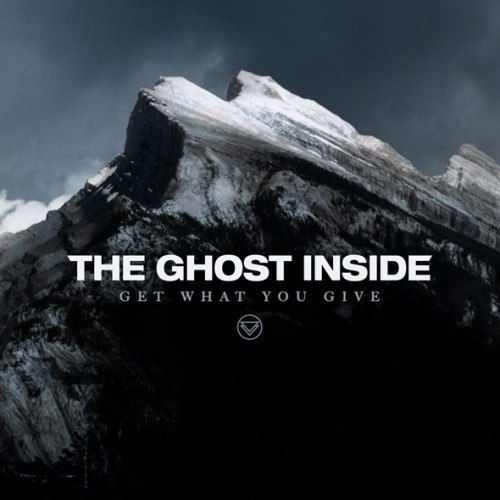 I don’t listen to much hardcore or metalcore these days, which I suppose is obvious because we write about it so infrequently at NCS. But I used to be pretty heavy into that music years ago, and I still follow a handful of bands, The Ghost Inside from L.A. being one of them.

The band have a new album called Get What You Give that’s due for release by Epitaph Records on June 19. This morning, Absolute Punk premiered The Ghost Inside’s official video for a single from the album (which is available on iTunes and Amazon) called “Engine 45”. I fell into the song pretty fast, with a smile on my face, because these guys punch pretty fuckin’ hard . . . and then I got a surprise that I didn’t immediately love: clean vocals.

They definitely weren’t necessary, and The Ghost Inside haven’t needed them in the past. As the first part of the song demonstrates, the emotionally affecting chorus melody could have been carried solely by the lead guitar, without Jonathan Vigil departing from his hardcore vocal style. But I do understand why this was done. The song makes a transition (quite seamlessly) from the physical attack with which it opens to a sweeping melodic finish, with the clean vocals being added to the guitars to underscore the change (a change that’s further underscored in the imagery that’s interleaved with shots of the band performing).

Given the usual profile of this site, I don’t expect many of you are going to fall for this song in the same way I did, but we’ll see. Check out the video after the jump and let me know what you think. I’ve also added a stream of another song from the new album called “Slipping Away”, which came out last week.

And now here’s “Slipping Away”. No clean vocals in this one, yet it also has a memorable melody (in addition to a floor-pounding breakdown).

Anyone else out there still into this kind of music besides me?