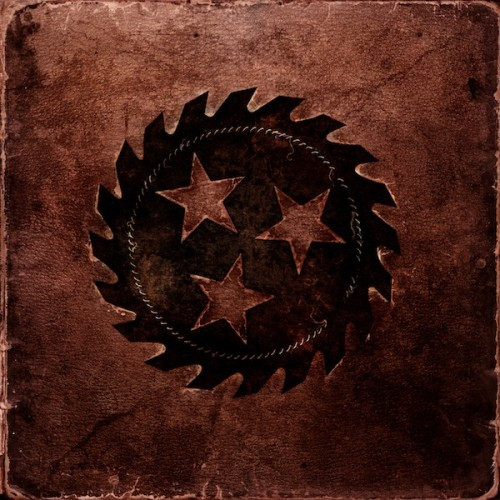 (In this post, UK-based Andy Synn reviews the new self-titled album by Whitechapel.)

Ah Whitechapel, a name to inspire an instantaneous reaction from pretty much anyone who hears/reads it. In fact, I’d imagine many of you have already formed your opinions based on seeing the name of the review alone, and that they’re either going to be “Whitechapel are the sickest band ever dude!” or “deathcore posers aren’t real metal”… and seriously guys, I thought we were past a) the ignorant fanboyisms of declaring band x, y, or z “the sickest band ever”, and b) pre-judging by association with (often outdated) stereotypes. They’re two ends of the same scale, and both are pretty played out by now.

Now, personally I didn’t really “get” Whitechapel at first. Though their debut was a cut above the rest of the cookie-cutter, faux-aggro deathcore out at the time, and their second record saw some vast improvements in their sound and overall direction, I still wasn’t sold. The reason the group finally “clicked” for me was not just the release of their third album (though it is a very good album), but down to the WAY I was listening to the band – something facilitated by their third release, but which has also allowed me to appreciate their second album more than I ever did.

You see, the HOW and the WHY of listening to an album are just as important as the WHAT (genre, etc). And what finally clicked for me was when I queued up a Whitechapel album right after listening to one of my favourite death metal acts, the genre-defining Vader. The similarities were astounding, and this comparison finally got me to look at Whitechapel in a fresh light.

Phil Bozeman’s vocals are the modernised, spitting-image of Piotr’s, while the band’s overall blueprint bears the genetic fingerprints of the Polish masters all over it – the blinkered brutality, the sheer speed, the singular focus on aggression, the minor melodic teases, the twisting solos… they all scream VADER to me. That may be blasphemous to some of you, but it’s how my mind finally managed to categorise Whitechapel, and I think the comparison is only a positive one for them. 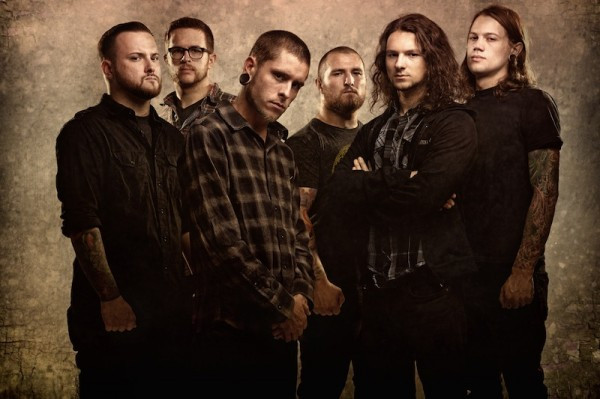 “Make It Bleed” is a phenomenal opener that serves the dual purpose of demonstrating both how far the group have refined their core sound and the new tricks they’ve learnt along the way. The hauntingly melodic piano intro soon gives way to a piercing lead and some pulverising guitar riffs, over which Phil Bozeman rips his throat out. The drumming is utterly explosive and the guitar tone throughout is meaty and succulent, while the bass fills out the low end without the need for gimmicky bass drops. Staccato rhythmic pummelling and neck-snapping speed riffage give the song an organic ebb and flow, while the clever use of dark, semi-acoustic breaks conjures a brooding atmosphere.

“Hate Creation” is a more mechanical number, all stuttering guitars and pneumatically blasting drums. The vocals are utterly monstrous, an expression of almost incoherent rage and violence. The twisted grooves of the song owe a debt to “…Trendkill”-era Pantera, with a more punishing, death metal edge, while the cold, unsettling ambience of the song’s quieter bars bleeds malevolence.

“(Cult)uralist” (awkward title aside)  is an apocalyptic number that fuses buzzsaw tremolo lines with sledgehammer chugging into a raging behemoth of a song. The drums bulldoze and brutalise as necessary, but also play around with shifting hand patterns and nimble foot-work, giving the track room to breathe its noxious, hate-filled fumes. The caustic vocals sit seamlessly alongside the underlying melodies that the guitars interweave amidst the chaos of the heaving riffs and sand-blasting drums. 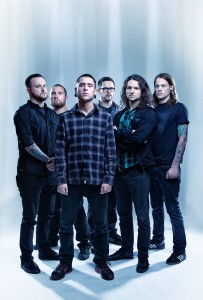 The jerky, electronica-infused “I, Dementia” has something of a debt to Meshuggah in its groaning, surging riffs, but anchors them to a series of grinding, elephantine death metal sections. These twisted Meshuggah influences were less prominent on their previous album, which leads me to believe that the band purposefully pushed them into the background until they had mastered how to employ them in truly lethal fashion. As such, this is one of the few albums that follows the heavier-than-thou path of Koloss, transmorphing those elasticated grooves into something utterly crushing.

The previously heard “Section 8” is one of the more deathcore-ish tracks on the album, more staccato and discordant than we have heard Whitechapel in some time. It’s a juddering, unflinchingly heavy track, regardless, which accents many of the familiar deathcore tropes with some clever twists and tricks, and a thoroughly venomous vocal delivery.

The follow-up, “Faces”, has a similarly deathcore-gone-death-metal feel to it, albeit at a more pulse-pounding pace, everything their contemporaries and imitators do ramped up to eleven and delivered in a furious whirlwind. Dense and anvil-heavy, the track hammers away at the listener with a plethora of thrashy riffs and jack-hammer drum blows, piling on the pressure until the mammoth, divebombing breakdown drags the track into a mire of doomy chords and pummelling, kerb-biting guitar work, shot-through with a thread of dark, heroin-addicted melody.

“Dead Silence” continues the underlying theme of the record, focussing on maintaining a consistently dark and malicious atmosphere that serves not only to tie the entire record together but also to give each song a sensory impact that goes beyond the devastation caused by each shotgun blast of death metal fury. The song’s subtle technicality and utterly massive chorus refrain, coupled with an impressive sense of flow and the clever employment of some gut-wrenching syncopation, make it one of the best on the record, even finding time to end with a morbid, semi-acoustic outro.

The crippling rhythmic assault of “The Night Remains” is a single-minded, laser-focussed track with only one thing on its mind – total aural destruction. Like a ten-tonne truck, it hits an unstoppable cruising speed and rarely deviates, smashing through every obstacle with utter disdain. One of the most Vader-esque tracks on the album, it’s an uncompromising number that blends dark, evil melody with a stark, dynamic form of brutality. 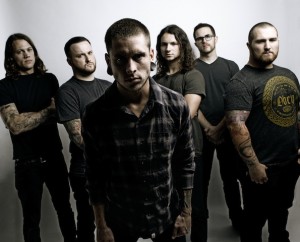 The overtly melodic “Devoid” starts with a teasing piano refrain, before building into a massive glacial wall of looming chords and ghostly melody lines, taking a cue from the Chimaira playbook to craft a musical suicide note both majestic and sorrowful.

The album closes with the feverish burn of “Possibilities Of An Impossible Existence”, all low-end rumble and monolithic chord progressions. Compared to their peers, while not as politically polemic as Job For A Cowboy, or as self-loathing as Carnifex, Whitechapel have a more focussed, primal rage all their own, an all-encompassing and unforgiving fury that colours everything they do. The cast-iron backbone of Ben Harclerode’s bludgeoning drumming and the armoured endo-skeleton of crushing, haemorrhage-inducing riffs combine to make the song into an utterly bullet-proof affair, the manic, raging vocals building over and over until the song’s final, cataclysmic breakdown, all scattershot drum breaks and demolition guitars.

This is an album that has the fingerprints of Pantera, Decapitated, Chimaira, and Vader all over it, all grinding groove and sharp, abrasive edges, topped off with a hint of Meshuggah’s brooding menace. However, it manages to weave these influences together into a sound that is recognisably Whitechapel; everything from the brutal roars and blood-stained guitar tone, to the combustive drum work, speaks of a band that has found a sound to truly call its own.

EDITOR’S NOTE: Metal Blade will release Whitechapel on June 19, and it’s available for order here. You can read a track-by-track breakdown of the album by the band at this location.

Loudwire is streaming “I, Dementia”, which you can check out via this link. And this is the first song that debuted from the album – “Hate Creation”:

And here’s “Section 8”, which originally appeared on the Recorrupted EP last year: