(In this post, TheMadIsraeli reviews the new album from Dying Fetus.)

Let’s just face it: Dying Fetus are the shit.  I mean, this band has it all:  bestial vocals, explosively propulsive drum work, and utterly punishing grooves and riffs that drive listeners into every possible brain-suffocating convulsion imaginable.  Everything that good death metal should be has always been contained in the package that is Dying Fetus.

We all know this band has endured some membership changes, of course. John Gallagher has had a hard time maintaining a consistent lineup to assist in his brutality crusade.  The only member who’s been long-standing since the departure of the Destroy The Opposition lineup has been bassist, and now also high-end vocalist, Sean Beasley, who joined the band at Stop At Nothing and has soldiered on since.  Gallagher and Beasley have really become the focal point of Dying Fetus.  Trey Williams, drummer on Descend Into Depravity, is still here as well, the first drummer Gallagher has managed to keep for more than one album since Kevin Talley.

I admire Gallagher’s iron will to press on and persevere; the music he writes is still some of the most technically apt, precision-guided, hammer-to-the-skull death metal I’ve ever heard.  I don’t think there is a single Fetus album I would tell you is bad, mediocre, or even merely good.  They’re all excellent. But Reign Supreme is, in few words, a perfect album. 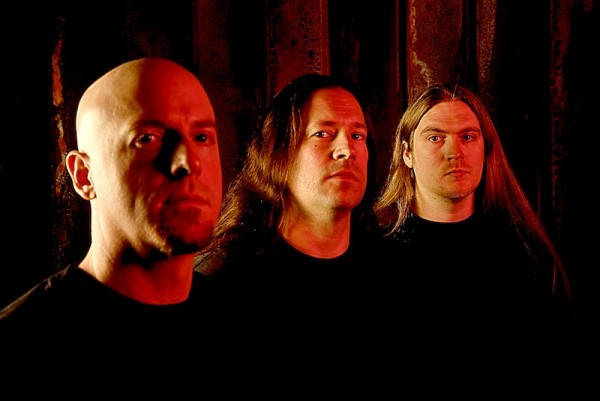 It’s the second one that the band have written as a three-piece, an approach that has worked out wonderfully on the creative front. I found Descend Into Depravity to be a powerfully focused butcher block of sonic decimation.   That focus is maintained here, re-established, intensified, and delivered masterfully.

A lot of advance press talk characterized this album as a return to the old school, an effort more dialed back on the technical front for the sake of delivering a concisely constructed schizophrenic pummeling.  I mostly agree that this is what the band have done, but especially on the guitar front, when Gallagher lets loose he opens an inter-dimensional demon gate in the form of some of the most technical riffs he’s ever written in the band’s career.  Consider this album more of an old-school Dying Fetus 2.0 than an actual attempt at a throwback.

I would also say that Reign Supreme is the most pissed off album Dying Fetus have created, especially in the vocals. I really don’t think I’ve ever heard Gallagher or Beasley this forceful and rabid in their vocal deliveries.  It doesn’t hurt that the lyrics, while maintaining Dying Fetus’ socially conscious bent, are as pissed off as a homeless man jacked up on bath salts.  For whatever reason, there is a reinvigorated vitriol here that hasn’t been heard since Destroy the Opposition.

So, given how I started, it may go without saying at this point in the review that Reign Supreme is definitely in the upper echelon of the Dying Fetus body of work, if not their best album to date, as well as one of the best of this year.  I’m usually very picky with my death metal to begin with, this band being for me one of the top three of all time, alongside Vader and Suffocation.  Yet, on the new album the band are definitely more intent on bringing the brutality in a more no-bullshit way than on any other of their previous albums. 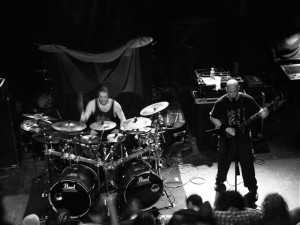 The riffs are as beefy as platter-sized steaks, and the grooves that the drums inscribe are tasty and tasteful all around.  The speedy moments are also off the charts in their militancy.  They manifest a steadfast conviction that’s not only engrossing, but also devastating.

The opener “Invert the Idols” is a two-minute head-removing bull-kick to the jaw — that is, after its blazing sweep-and-shred intro, courtesy of Gallagher, which evokes the sting and agonizing pain of the most rabid of yellow jacket swarms.  It’s a furious tirade against the corruption of organized religion, and established power structures of any sort really, a favorite lyrical subject for the band.  Its jagged blasting verse, its bone-churning chorus, and its breakdown, all of which might as well signal the flatline of a decrepit, decadent nation, serve as a fitting beast of an introduction to the next 36 minutes of pure anger release.

“Subjected To A Beating”, the album’s first previewed song, is the surest sign of Dying Fetus’s metallic supremacy.  The hammerhead groove that is its verse riff is undeniable in its ability to propel you to befitting movement.  Besides pure blunt force trauma capability in spades, another weapon that Dying Fetus have at their disposal is the ability to make their songs dynamic with musical hills and valleys.  “Subjected To A Beating” includes a myriad of changes, mainly in the sense that it increasingly builds speed from section to section.  By the time the song’s brain hemorrhaged solo comes around, you should be in full fuck-up-everything-in-my-house mode.  The lyrical content, as silly as it is, is still able to pump you up and get you frothing at the mouth.  (It’s a story about a man who escapes captivity only to bring an end to his captor so violently he probably falls into an oblivious and agonized state shortly into the victim’s death rattle.)

“Second Skin” is a different titan altogether.  It’s an assault of over-the-top fret board antics and spidery riffs, offset by a monstrous fucking slam.  The chorus is also an absolutely filthy and grimy slam of its own, which makes you feel like you’re being curb-stomped repeatedly.  As far as tempo and feel go, the transitions vary even more so than in “Subjected To A Beating”.  The result is a schizophrenic brain frying brute assault.  Definitely an epitomizer of what we metalheads seek in death metal I think.

“From Womb To Waste” begins with a badass audio sample, followed by possibly the heaviest, most intense groove Dying Fetus have ever unleashed.  It doesn’t last too long though, as the insanity resumes with a fury of gravity blasts and riffs that utilize tremolo picking, tapping, and sweeping; the way John Gallagher writes all these riffs, incorporating so many different techniques, amazes me.  It’s also part of what has defined his signature guitar style.  Although the band’s music is always pummeling and punishing, it’s the diversity of technique within the riffs and the number of tempo changes per song that make Dying Fetus an engrossing band. 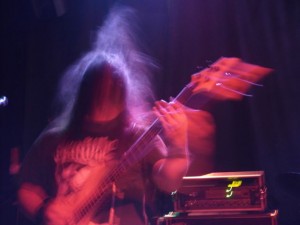 “Dissidence” is all about the speed, merciless flesh-shredding vital-organ-crushing speed that never relents.  I don’t think I’ve suffered from such an overload of double bass beatdown in a long time.  It’s extremely refreshing to hear metal that’s this balls to the wall.  It includes moments of that signature Fetus groove, providing contrast with a heft that caves in skulls, but I think this song overall is equivalent to being hit with debris thrown by a hurricane.

“In The Trenches” just reeks of pure badassery.  Its verse is a meaty as fuck riff, perpetuating a groove that is just utterly unforgettable and infectious.  The band work this groove for a good amount of time, but the midsection breaks into a very thrash-like display that gets the adrenaline pumping to such a degree that it may start pouring out of your eyes.  Also, the breakdown (a rather extended one in which the band completely switch tempo and riff in the middle of it) is one of the most brutal Dying Fetus have ever written. Talk about closing a song by slamming your listeners’ balls with a sledgehammer.

The opening riff of “Devout Atrocity” is just… fucking nasty, with twisted pinch harmonics, shred runs that make no sense at all, and chunky low-end groove.  Actually that pretty much describes the whole song.  It delivers a badass fuck you at the end in the form of a thrashing frenzy followed by another hearty portion of slamming.

Reign Supreme reserves it’s two most vicious numbers for last, however.  “Revisionist History” starts with an absolutely scorching neoclassical solo from Gallagher and then launches immediately into ape-shit thrash/tech death hybrid riffing.  It generates a sound akin to the feeling you’d have running from a mob of zombies through desecrated city streets.  Closer “The Blood Of Power” is more of the same, and by the same I mean fucking brutal-ass beatdowns that we metalheads crave but don’t always receive. 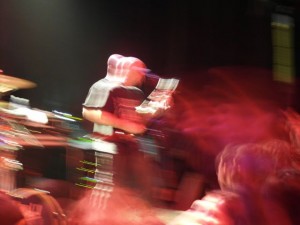 The mix on this album is killer as well. It’s extremely organic and feels devoid of any modern production bullshit.  It’s rough around the edges, loud, gritty and has a PERFECT balance of frequency for what’s being played here.  John Gallagher’s guitar tone could be a weapon of mass destruction, it’s so beefy, yet it also has a corrosive quality, as if someone created a grenade that somehow releases mass quantities of battery acid upon detonation.  Trey’s drums are booming and tribal, while Sean Beasley’s bass provides the underlying sludge and heft that makes this three-pronged instrumental assault appropriately overwhelming.

Best album of their career?  It just might be.  Best death metal album of the year?  Undeniably.

EDITOR’S NOTE: Reign Supreme was released on June 19 by Relapse Records, and at this writing it is still streaming in full at Metal Sucks.