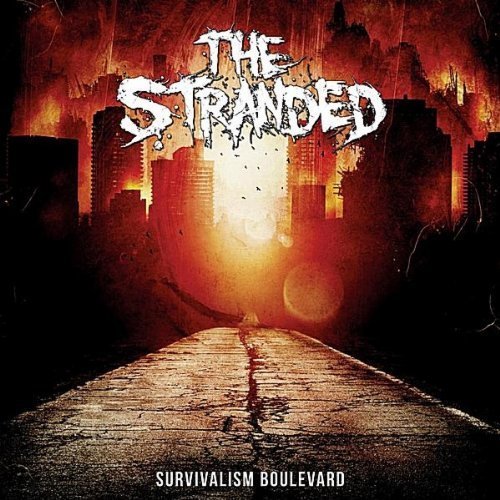 (In this post, DGR reviews the debut album by The Stranded, which is available on Coroner Records.)

The Stranded are an interesting proposition from a musical standpoint. They’re a new group, formed by the two men responsible for Disarmonia Mundi, an Italian melo-death/groove metal project alongside keyboardist Allesio NeroArgento and pro skateboarder Elliot Sloan. Elliot plays guitar and bass on this record, with the two DM gentlemen (Ettore Rigotti and Claudio Ravinale) taking responsibility for the vocals, drums and guitars. You can pretty much figure out why I jumped onto this group’s bandwagon early on, considering my deep and abiding love for DM’s Isolation Game release. It has also been close to three years since that disc hit.

The story behind how this band formed has to be interesting. I wonder who contacted whom when this band was just beginning, and how Elliot found himself involved with this specific group of guys. They are still a melodeath band, but the addition of a dedicated key player has brought them closer to what most people are familiar with after listening to groups such as Dark Tranquillity. They announced their formation late last year, and for a while it was a pretty slow drip feed of information. However, we now have a full release from The Stranded, and it is interesting, to say the least.

Survivalism Boulevard is an album that ping-pongs back and forth between various styles, while still staying somewhat familiar at its core. The presence of someone new in a full keyboard position does quite a bit to change things up. Many of the hooks on this album are delivered via the keyboard, a couple of them cheesier than all get out and others fitting in perfectly with the music. They produce the strange effect of making this project sound a little less ‘mature’ (probably a poor choice of words, maybe ‘refined’?) than what the guys in The Stranded are involved in usually. 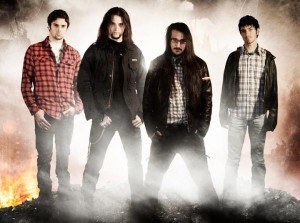 Elliot makes contributions on guitar and bass, and they complement the music pretty well. There’s nothing really distinct about it from the outset, and nothing that really screams, “Hey! That’s Elliot Sloan on guitar!”. The music is well-written and straightforward, so it isn’t a knock against the guy’s skill, just that he doesn’t stick out as much as people may have hoped. Maybe he had a large part in the song “Eclipse”, because that one has a very distinct guitar lead. It’s also one of the better songs on the disc, but more on that later.

In actuality, Ettore and Claudio probably have a larger effect on The Stranded than most people would assume. A lot of the guitar parts and general song writing sounds like something Disarmonia Mundi would kick out. The vocals will be the most familiar to fans of DM, because you have the shrill screamer that is Claudio handling the work on that front. He’s a good vocalist and he tries a few different things on this disc, belting out quite a few cleanly sung verses across the CD.

It is an acquired taste, as he has doesn’t have a particularly magnificent voice — a little nasally — but if you’re familiar with his other project Five Star Grave (which are something of an Italian glam rock / Children Of Bodom hybrid) then you’ll recognize a few of his techniques. He isn’t a bad singer, but the addition of the clean vocals clearly appears to be an attempt to differentiate The Stranded from the other music of the guys who make up 50% of the band.

They also try to differentiate the album by melding more styles into what they already do. As such, you get a couple of groove songs as well as one that comes dangerously close to being poppy. It’s a change for sure, but it isn’t enough to make people who would be checking out The Stranded because of DM’s involvement recoil in abject horror.

If you are one of those people, you might actually feel right at home with the first couple of songs, before The Stranded really start making things their own. The first song, “Blood Like Gasoline”, sounds like something straight off of the album Mind Tricks, albeit with production levels that sound more up to date. It’s one of the faster songs on the disc, and most of the melody is held by the cheesy keys. The chorus is also singalong-worthy as well.

One of the things that stands out on the first few tracks is a sharper focus on vocal hooks. The songs are good already, most of them upbeat and fast, so it is pretty comfortable territory for the guys. Yet it’s the keyboards and those catchy choruses in the first few songs that begin to define something of a hallmark for The Stranded.  Songs like “Only Death Can Save Us Now” and the previously mentioned “Eclipse” include the type of singing that almost makes you think you’re capable of carrying that sort of melody. 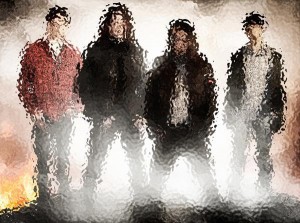 The Stranded do feel like a new project, and Survivalism Boulevard is a good debut for them. It still contains something of the signature flair of the bandmates’ previous projects, and it’s a comfortable listen because of that, yet there’s enough that’s different to warrant the new title.

The logo is misleading as all get out — I think we’ve gotten used to the sole proprietors of the splatter font being -core bands, which The Stranded clearly are not. They’re a key-heavy, groove-focused, Gothenburg-styled project, delivering some great hooks that can get stuck in your head for hours afterward, and the screams are just as shrill as ever. It probably won’t be on the top of the best music of 2012, especially in a year that is starting to get pretty stacked already, but it is a worthwhile listen.

5 Responses to “THE STRANDED: “SURVIVALISM BOULEVARD””