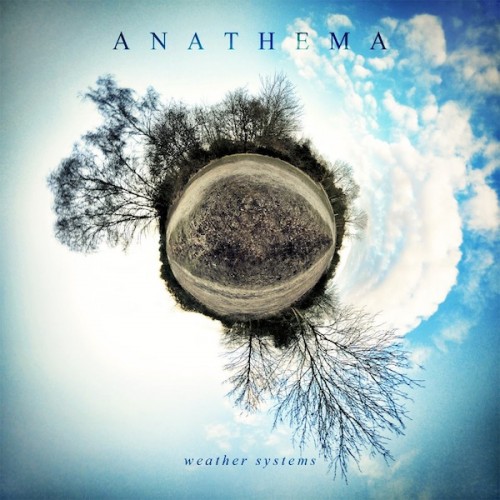 (In this post, DGR reviews the new albums from Anathema and Storm Corrosion. Sample songs are at the end.)

Also: Hey guys! You all like Steven Wilson, too, right?

It isn’t too much of a stretch to assume that a lot of us have our pleasures outside of the metal realm. Sometimes, you just need to take a break from all the yelling and ass-kicking’s you receive from your dispenser of choice. A lot of music lies in wait out there beyond the bounds of metal, and if you know where to look you’ll find that a lot of it is surprisingly good. You already read NCS, so you full well know this though, you sexy reader you. I tend to find my solace from stuff outside of metal in the type of electronica rock that the label Fixt usually peddles (as well as more heinous techno like BT and Pendulum) and Prog.

I’ve never drifted too deeply into the prog genre per-se, especially since it is such a huge umbrella term, but what I do find, I usually enjoy. One of my favorites has been Porcupine Tree, and to a broader extent anything in which its members have involved themselves outside of that band. A large part of the attraction is Steven Wilson, and he is prolific as hell in music at the moment. I mention this because it seems like I talk about him a ton anyway, so the fact that he is present in Storm Corrosion means it shouldn’t come as much of a shock to find them included in this post. Not only that, but I’m going to talk about his fellow compatriots in Anathema, who may have just released one of the best non-metal discs to come out this year. 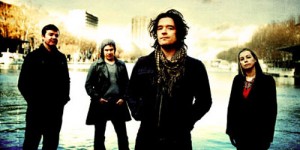 This is another band I’m stunned has taken as long as it has to appear on this site. Since we even have a category for such music, I would’ve figured that between Andy, myself, and assuming a few others have some goddamn decent taste on this site, this one would’ve popped up. Few albums have completely hijacked my listening material as much as Anathema’s Weather Systems. Anathema have always ranged from great to amazing, and even though they’ve shifted styles from their goth-rock/metal beginnings to something along the lines of piano-prog, they have always killed it.

The album prior to Weather Systems, with the incredibly deep, philosophical title of We’re Here Because We’re Here (which is as depressing as all hell despite how happy the title sounds), was really goddamn good. Since Anathema don’t really try to top albums, you never know quite what to expect from one to the next. However, Weather Systems is goddamn incredible. Seriously, this is one of the few times when I get to thank a higher power for being able to keep my top albums of 2012 to heavy metal because man, if I had to cover all genres, I would be ready to declare the winner right here, given how much I have listened to this disc.

The album opens with “Untouchable” and “Untouchable (pt 2)”, a pair that seem tailor-made for romantic movies. They tug at the heart strings and deliver a message of unrequited love with one of the most powerful choruses written in a long time. Even without the rest of the song behind it, you could probably attract quite a few ladies with just the chorus’ list of things that they’ll never forget. Part 2 runs along the same lines, but instead of relying on huge electric guitar parts, satisfies itself with huge orchestral swells.

Both songs are some of the best stuff that Anathema has ever kicked out, and both prove just how stacked Anathema are in the vocals section right now. Man, not only can this band carry a tune, but they do it in ways that would put most people to shame. Lee Douglas gets to belt out quite a bit on this album, and she does a fantastic job of it. She’s one of the best singers I’ve heard and she shines on Weather Systems.

Weather Systems feels as if it was designed to play your heart like an instrument. Sometimes, it gets a little too calculated in achieving that objective, when you recognize why songs begin to swell as they do at certain moments, but it isn’t anything bad. If fact, even though Anathema have made a huge genre switch in the past two albums, they have quickly risen to the top of what they’re doing right now as well.

Weather Systems seeks to build upon everything Anathema did with We’re Here Because We’re Here and even venture into uncharted territory, not content simply to remind me that I am a lonely and bitter piece of garbage. They drift into some industrial noise and heavy drumming sections on “The Storm Before The Calm” before they go right back into powerful arena-filling rock for the rest of the song. I’d also be damned if I didn’t admit to being affected by both “The Beginning And The End” (I absolutely adore the main melody of this song) and album closer “Internal Landscapes”. “Internal Landscapes” includes a voice clip of a man narrating what it was like to have a near-death experience and how he was trying to communicate with his wife before he let go. If you have even come anywhere close to mortality, it is hard not to be affected by something like that.

With nine songs and a fifty-five minute run time, Anathema have accomplished the incredibly difficult by making a disc that you just have to listen to the whole way through. You don’t just listen to one song here or there, you listen to the whole thing every chance you get. I have had quite a few shuffle runs interrupted by having “Untouchable (pt1)” pop up on my music player about ten songs in, greeting it with a sigh and “Fine…”, before proceeding to spin the whole album again.

Anathema are master musicians and pretty much everything they’ve done has been a master class. Even though they’re in the much happier realm of prog now, they still manage to make some of the best music out there. If you’re looking for something other than the repeated bludgeonings you receive via heavy metal and are open to a different experience, then I highly recommend you look into Weather Systems. 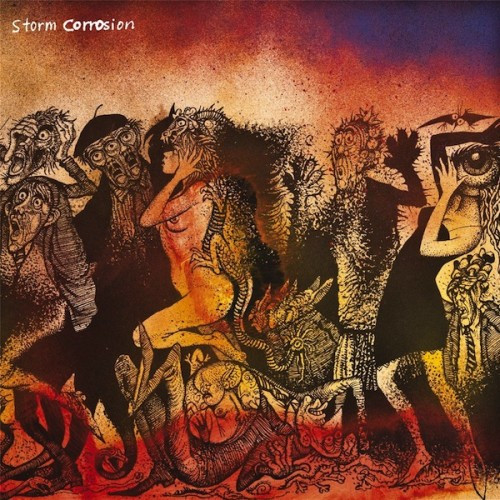 Storm Corrosion is the much-hyped collaboration between Porcupine Tree/Solo artist Steven Wilson and Opeth’s own Mikael Akerfeldt. They had been talking about doing a project together for a while, and I believe at one point Mike Portnoy was going to be on drums before he bowed out, and the project became an acoustic duo.

Storm Corrosion is a shockingly minimalist disc for the two men involved. There is a lot of ambience and quiet on this album, and these two also deeply indulge their retro-prog worship. Some people may be stunned by this release, but if you’ve been following both artists, it probably will come as no great surprise because (and not to be too reductive here) Storm Corrosion’s debut sounds like a combination of Opeth’s latest disc Heritage and Steven Wilson’s latest solo release Grace For Drowning.

Storm Corrosion is a six-track, almost fifty-minute long release. The songs are empty and hollow sounding, seemingly designed to portray as bleak a feeling as the two artists could achieve in light of their chosen subject matter of various witch trials. It sounds like there are maybe five instruments, total, over the course of the entire release: two guitars, drums, keys, and then both musicians providing vocals. 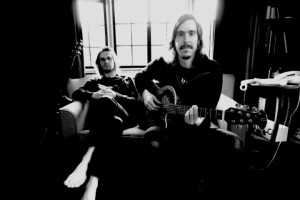 The whole center of the album is pretty Wilson-focused, even during the parts where the music is just a bunch of harmonized vocals with no words being sung. I noticed Mikael clearly in the first track, and then again in the sixth song as he reaches a pretty high falsetto. Wilson uses singing techniques that are similar to what he pulled out on both Grace For Drowning and the release before that, Insurgentes. Where Opeth’s Heritage work its way into the album is in the production style, sounding so similar that the moment when the keys start coming in, they begin to sound as retro as they can be. And so Storm Corrosion can sound somewhat like a vanity project at times, indulging both Mike and Steve’s influences while they still try to create something new.

It doesn’t work as perfectly as many had hoped, so some listeners will likely feel a little burned by an album almost half of which is ambience and quiet guitar playing. Some parts of this disc do drag, which is a little disappointing. I understand the reason why the artists wouldn’t want to just layer sound upon sound in an effort to build a sort of eerie landscape, but sometimes it just seems to be going nowhere.

Toward the mid-section of the album, it also seems as if they ran out of ideas for a little while. I really had to crank up the volume to go, “Oh, they’re working on atmospherics here”, and all their atmospherics consisted of were quiet, pulsating tones. Same thing goes for some of the guitar parts that seem to be building up to something, and then just fall off. I know you’re supposed to relax and just let the music wash over you. It’s a pretty oft-repeated line when it comes to stuff like this. but man is it hard to resist the urge to just go, “Okay, okay guys. Let’s get a move on here”. It doesn’t help that some of these same techniques were used to slightly better effect on the albums that came out just before this one, because you wind up feeling a little burned out.

When this album does work, it works well, with some caveats. Yes, both Steven and Mikael are two of the best at what they do, and by working together on the creation of music instead of in a musician/producer relationship, they have turned out something pretty good; they definitely nail what they were going for. However, if you had grand aspirations that this disc was going to be the most amazing thing on the planet, you may have to cool your jets. It isn’t the most organic-sounding throwback album — some of the parts sound like, “Well, this happens because its supposed to happen”. At worst it is probably a little bit weaker than the guys’ own separate projects, but even that is a pretty high bar, i.e., you could probably do a hell of a lot worse.

Storm Corrosion is a good album, although probably one of those that you’d need to be in the right mood to hear, and it’s one of those situations where you need to remove all pretenses of hype before going into it.

Weather Systems is out now via The End Records. Anathema has a Facebook page you can reach via this link. Popmatters.com premiered the track “The Storm Before The Calm”, and is still offering a free MP3 download of it here:  http://www.popmatters.com/pm/post/157521-anathema-the-storm-before-the-calm-mp3-popmatters-premiere

After this note, you can also check out another track from the album, “The Beginning and The End”.

Storm Corrosion’s official site is here, and their Facebook page is here. Below is a song from their debut album called “Drag Ropes”.

8 Responses to “THAT’S MUSIC BUT IT AIN’T METAL: THE PROG THAT BE HIJACKIN’ ME FROM MY METUHLZ: BRITISH EDITION: ANATHEMA AND STORM CORROSION: COLON”