Yes, I’m still trying out titles for these posts in which I collect metal news, new videos, and new music that I’ve seen recently. I mean no disrespect to any of the bands featured in this post. In my lexicon, “riff-raff” is a compliment, plus I really wanted some alliteration; otherwise I probably would have called this “Rounding Up the Motherfuckers”.

Yesterday I saw and heard a lot of things worth passing on, so I’m dividing this collection into two parts, with the second part to follow a little later this morning. In this Part 1 are observations involving new albums from two excellent bands —Results by Murder Construct and Cold of Ages by Ash Borer — plus a recent live performance by In Mourning caught on film, plus a from-the-horse’s-mouth report on a potential Mastodon collaboration with Opeth’s Mikael Åkerfeldt and In Flames’ Björn Gelotte.

This band is a super-group of sorts, featuring Cattle Decapitation’s Travis Ryan on vocals, Exhumed/Phobia/Impaled’s Leon del Muerte on guitar and vocals, Intronaut/Uphill Battle’s Danny Walker on drums, Bad Acid Trip’s Caleb Schneider on bass, and Fetus Eaters/Watch Me Burn’s Kevin Fetus also on guitar. The name of their game is death-grind, and I fuckin’ loved their 2010 self-titled debut (described here).

The welcome news I saw yesterday is that the band have finished recording their new album, Results, and that Relapse Records has scheduled it for release on August 28 (it’s available for pre-order here). No new songs have yet been released for streaming, so I’ll just throw this one at you from the band’s 2010 album: 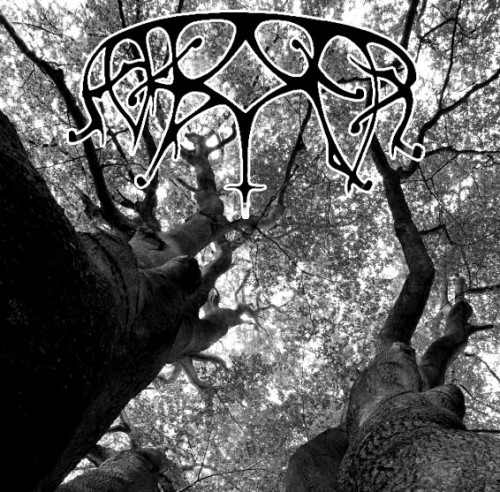 Ash Borer are a band from Arcata, California, whose 2011 self-titled debut album was one of my favorite black metal releases of last year. I wasn’t the only one who felt that way. It made a lot of Best of 2011 lists, both at our site and elsewhere. BadWolf reviewed the album for NCS (here), and if I remember correctly, he compared it to sex.

After the recording of that debut, the band was signed by Profound Lore, and the news I saw yesterday was that the band have now completed recording their next full-length release, Cold of Ages, and that it will be released on August 14. There are only four songs on the new record, but that doesn’t mean much because Ash Borer’s songs tend to be loooooong ones, though they are no less engrossing because of that.

In addition to publishing news about the release date, Profound Lore began streaming an edited version of one of the new tracks. It’s called “Descended Lamentations”. Even after editing, this song is more than 13 minutes long.

At first, it’s a howling maelstrom of exploding guitars, gut-wrenching shrieks and howls, and thundering percussion. Whipping guitar lines twist and climb through the miasma of ambient bombast.

Then, following a bridge of bleak guitar distortion, the song sinks into a fog of despair and doom. It crawls, it booms with reverberating bass notes, it’s still rife with buzzing guitar sickness. And then all the hellhounds are loosed again, the pace quickening and a needle-sharp lead guitar drilling wormholes through your skull before the music falls again into a dirge. I wonder what comes next.

Ash Borer, who don’t do much self-promotion, don’t appear to have a Facebook page or an official site. That image up above isn’t the cover art for the new album; it hasn’t yet been disclosed.

In Mourning are an extremely talented melodic death/doom band from Sweden, and if you haven’t yet heard their 2012 album The Weight of Oceans, you’re missing out on a great listening experience (TheMadIsraeli reviewed it for us here). Late yesterday, I received an e-mail from my long-distance pen pal fireangel (of the Night Elves blog) alerting me to the appearance of a video of their recent performance at the Nummirock Metal Festival in Finland.

fireangel wrote, “I think the vid explains pretty well why this band is so captivating”. I couldn’t agree more. The song performed in this video is “Colossus”, the first track from the new album. Even with the audio imperfections, it’s still awesome. 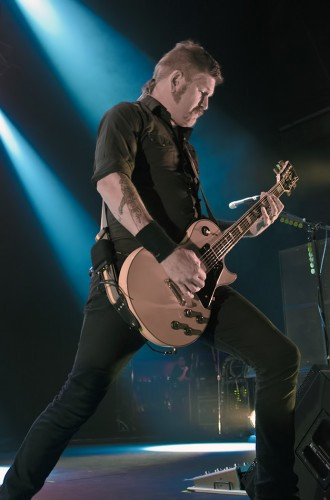 Recently, a Swedish blog called Metal Shrine interviewed Mastodon guitarist Bill Kelliher in Gothenberg, and the interview was published today. In the interview, Kelliher explained that Mastodon are winding down the touring cycle for their last album and that he and his bandmates have already started working on new songs. In that context, he said: “For the future, we´d love to work with other people if anybody wants to work with us.” That prompted the following question and answer:

“Well, you toured with Opeth and it could be a cool thing to do with maybe Mikael in Opeth?

BK: Yeah, I talked to him about it the first few days because I had my Pro Tools with me. What I was kinda thinking was that I´d play a riff and then just kinda pass the computer and the guitar around and have people play different ideas, but man it´s a lot harder than I anticipated. Whenever I was writing I wanted it to sound really cool and it was like “Nah, that´s not good enough.” and I wanted it to be like “Here Mikael, play to that!” and he´d be like “I don´t like that, that´s weird.”. Even if it´s just for fun, I was gonna edit it and mix it all together and get a real drummer and stuff like that. I also talked to Björn Gelotte from In Flames about doing that. Some day it´ll happen. I just kinda planted the seed and maybe when I get home and I´m actually in one place for more than a day, I can say “Ok, cool. Here´s the riff. I´m happy with it.” mail it to Björn and mail it to Mikael and mail it to fucking Tito Jackson, I don´t care. Whoever wants to play on it. (laughs)”

So, this is obviously in the formative stages, and I suppose nothing may come of it — though In Flames linked to a report of this interview on their Facebook page, with the words, “How cool would this be!” It’s certainly intriguing. Speaking for myself, what I’d like to hear would be some Åkerfeldt Bloodbath-style vocals in a Mastodon song, along with some Gothenburg gallop in the riffing courtesy of Björn Gelotte. That’s probably the least likely thing that would happen — more likely, it would be recognizably Mastodonian, though proggier.

In any event, this kind of collaboration could be cool, regardless of what happens. And speaking of cool, the whole Kelliher interview is a good read. You can find it here (scroll down when you get there).

17 Responses to “ROUNDING UP THE RIFF-RAFF (Part 1): MURDER CONSTRUCT, ASH BORER, IN MOURNING, AND A MASTODON/OPETH/IN FLAMES COLLABORATION?”