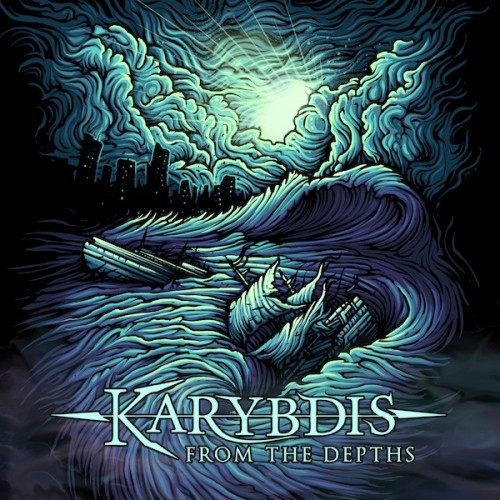 Students of Greek mythology will recognize Kharybdis as the name of a sea monster, a spawner of whirlpools who together with Scylla created a smashing gauntlet of death from which few seafarers escaped. Karybdis is also the name of a smashing UK-based metal band whose mythology-themed debut album From the Depths we’re proud to stream for you in full today.

I’m almost (but not quite) at a loss for words to describe the music on From the Depths. It’s like a full-speed collision of a multitude of metal genres — most prominently, melodic death metal, groove metal, thrash, and hardcore, with different elements more dominant than others, depending on the song. Imagine a fusing of the musical styles of At the Gates, Lamb of God, The Black Dahlia Murder, and Darkest Hour. Or think about The Absence or the late, lamented The Famine — but don’t forget to throw in a few symphonic enhancements, a jazz guitar solo, and old-school breakdowns (the kind that break necks without being introduced by a bass drop).

You get Gothenberg galloping; jagged pneumatic riffing; blazing, layered melodic leads and swirling solo’s; booming bass lines you feel all the way through your core; wonderfully varied attacking drums; tempos that turn on a dime; and an impassioned vocalist (Rich O’Donnell) who has an extended range of unclean styles, from cavernous roars to cauterizing howls and paint-melting shrieks.

Also, every one of these high-voltage songs functions like a giant mosh-trigger — press play and you’ll be looking for the first solid object against which you can hurl yourself. But shit, this thing also includes string instrumentals that sweep and dance with elegance — and I’m talking about real strings (violin, viola, and cello), not the artifice of a synthesizer. 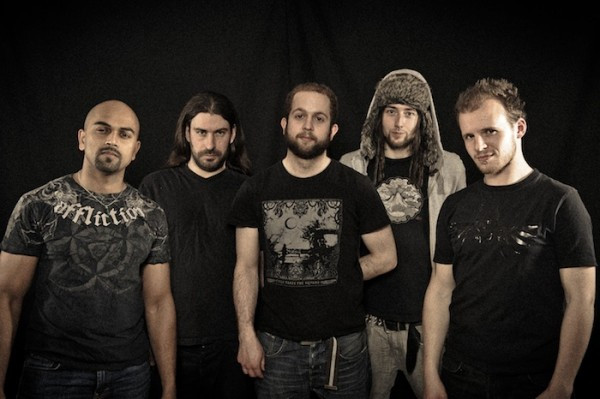 Karybdis have a genuine talent for crafting songs that combine the galvanizing jolt of electro-shock therapy with head-grabbing melodies you’ll have no trouble spinning in your memory. And man, they can really play, too — all of them — though I have to give special accolades to guitarists Pierre Dujardin and Harsha Dasari, who seem capable of every guitar technique known to modern metal.

Also, the album sounds great. The production is just about perfect for this kind of physically compulsive, technically accomplished music — it’s sharp and powerful, with effective separation between the instruments so you can take in everything that’s happening at the same time as you’re trying to bust up your furniture. Kudos on the production go to Russ Russell of Parlour Studios in the UK, who has done similar wonders for the likes of Napalm Death, Evile, Dimmu Borgir, and many more.

From the Depths will be released on July 2. It can be ordered from the Karybdis Bandcamp page now via this link, either as a download or as a download + shirt bundle. Speaking of shirts, this one is emblazoned with the immensely cool cover art for the album, and I can’t resist showing it to you: 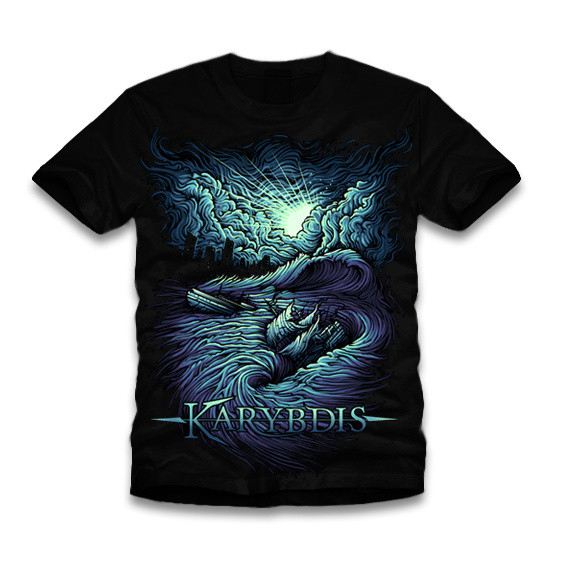 Lnks for the band

4 Responses to “KARYBDIS: “FROM THE DEPTHS” — AN NCS FULL-ALBUM STREAM”