Similar but different. The thin line separating criticism and appreciation when discussing the artistic value of the Swedish godfathers of “depressing metal” is such that the resulting balance between the two currents aptly describes the status of the band itself. Both camps are in fact not completely devoid of cynicism, and a subtle but relevant amount of expectation is shared by those who see Katatonia as either an epitaph or an epigraph at the beginning of a new chapter for heavy metal. 2012 marks the return of the band at whose helm Jonas Renkse and Anders Nyström (vocals and guitar respectively) seem to sit pretty comfortably, sharing the role of producers with David Castillo at the mixing desk.

Is Dead End Kings the natural continuation of Night Is the New Day (2009)? The recent additions of Per Eriksson on guitars and Niklas Sandin on bass might be enough to make you draw your own conclusions, but what is revealed by listening to the new album is a thoroughly new concept of music which goes beyond an easily predictable evolution. Dead End Kings appears to be less direct; ambitions are set reasonably high, and the progressive hints, which punctuated the previous full-length album, now play an effective role in making the sound more dynamic and prone to dramatic changes of keys and atmosphere. 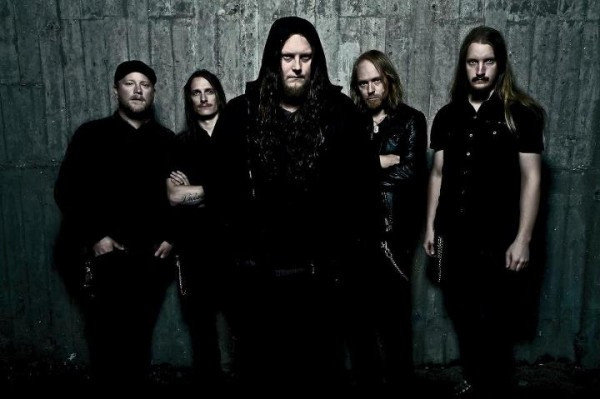 The piano on the opener  “The Parting”, “The One You Are Looking For Is Not Here” (which features vocals from Silje Wergeland of The Gathering fame), and “Leech” is a strong statement, which emphasises the presence of strings. You could be forgiven for thinking that the number of instruments a rock band adds to the menu is inversely proportional to the amount of ideas on the album. But the welcome addition of a rather more syncopated approach to guitar, an intricate song writing, which culminates in a downright rendering of finely crafted death metal textures in “Buildings”, and the powerful presence of the bass on virtually all tracks, all prove that Dead End Kings is indeed an unpredictable work. It is a new band playing: one that is able to remind us of David Sylvian (“Leech”) while toying with its origins with taste and method.

Dead End Kings is an album full of compelling contradictions: it betrays a metal essence even when the sound seems to have reached the farthest corner of the sonic spectrum. It is a violently dynamic album with an undisputed linearity and it manages to be accessible even when it delves into movements and sections that we would deem fit to be included in a more progressive work. It is Katatonia’s finest work to date and it is so by virtue of a more mature take on sadness: one that is optimistic and hopeless at the same time, like being kings on a dead end road where everything changes to stay the same. Everything is similar, but different.

EDITOR’S NOTE: Dead End Kings will be released on August 27 in Europe by Peaceville Records and is scheduled for North American release on August 28.  Katatonia will be co-headlining a NorthAm tour with The Devin Townsend Project this September, and Paradise Lost will be along for that ride, too. The tour schedule is available here.

We previously featured the first track to be released from the new album, “Dead Letters”, and it’s available for free download at this location. If you missed the band’s eye-catching lyric video for the song the first time around, here it is again: