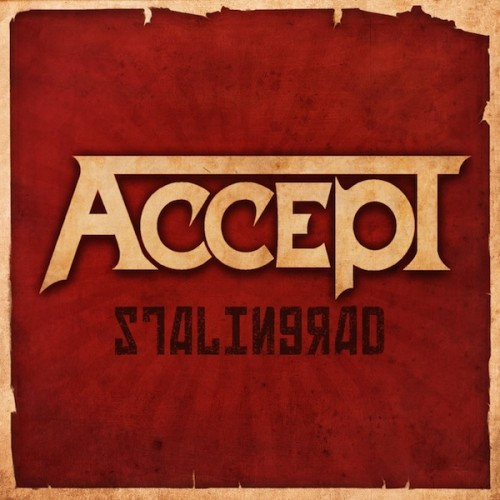 (In this post, BadWolf reviews the new album by Germany’s Accept, which was released by Nuclear Blast in April.)

I’m not sure what you guys at large think of old-school heavy metal; not only do we only cover it occasionally here; Islander neglected to offer it as an option on his reader’s poll. Not that I blame him, the style has been on life support and morphine for the majority of my lifetime—although there’s been a recent groundswell of bands trying to bring it back in vogue, such as High Spirits, Christian Mistress, Witch Mountain, and to a lesser extent 3 Inches of Blood. I get the impression that it used to be people began liking traditional heavy metal and then segued into the extreme stuff we specialize in at NCS. Now, it seems the opposite: people start out on extreme metal and wind their way back—maybe—to bands like Accept.

This is a good time to start, because Accept’s new album, Stalingrad, is a super-fine slab of riffs and solos—one of the most consistent albums I’ve heard all year. I spent the 4th of July driving around parked streets for what seemed like hours while fireworks exploded overhead. In the 100+ degree heat, I rolled my windows down and played Stalingrad as loud as my speakers could muster. One could call this ‘extreme’ traditional metal—fitting, from the band who invented speed metal in 1982 on the song “Fast as a Shark”—though Stalingrad sounds less like old Accept and more like a spiritual companion to Judas Priest’s Painkiller album. Stalingrad sounds like triumph, not torture; a high-powered sports car ramming down a highway; fireworks. 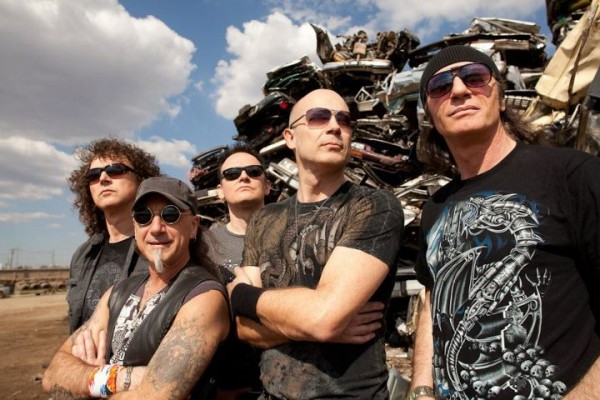 Stalingrad, their second album with American singer Mark Tornillo, doles out major-key power chord fests backed by heavy 4/4 beats. The record dwells in constant forward momentum. And while Tornillo’s vocals stay clean, he has enough of a raspy squeal to him that the music stays aggressive (see opening track, “Hung, Drawn and Quartered”, especially coupled with Accept’s backing vocals, which stick to a rumbling baritone).

Those low, smooth backup harmonies emerge most prominently in the title track, which should definitely qualify as one of 2012’s catchiest metal tacks. Of course the irony of a German band singing about Stalingrad from what I assume is the Russian perspective is not lost on me, but somehow that cognitive dissonance gives the song a darker edge, especially during the creepy pre-chorus’s “so hungry/ so cold” refrain.

Accept stick to tried-and-true metallic cliches, but perform with aplomb. For example, fapping-speed thrasher “Flash to Bang Time” is followed by passable-and-slightly-homoerotic ballad “Shadow Soldiers,” then caboose’d by horn-focused anthem, “Revolution,” now laced with a post-Occupy Wall Street twist. But Accept’s bread and butter remains the straight-ahead bangers, which occupy at least half of the record. Even the closing number, 7+ minute Scorpion-worship track “The Galley”, comes off as brilliant or passable, depending on individual tolerance for such things.

Stalingrad can stand proudly alongside aforementioned Painkiller, as well as Motörhead’s Inferno and Ratt’s Infection, as classic metal albums whose gravity and chops elevate them to extreme metal status. It comes with the highest of recommendations.

Oh, for what it’s worth, if you’re new to Accept, here’s the aforementioned speed metal classic “Fast as a Shark.”

2 Responses to “EXCEPTIONS TO THE RULE: ACCEPT – “STALINGRAD””