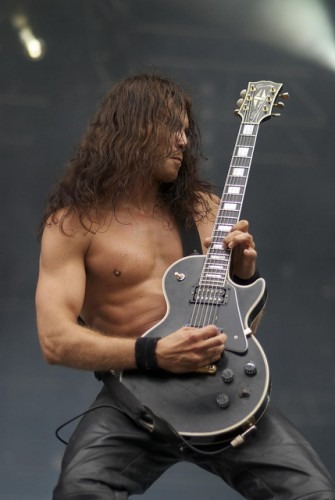 (You can probably tell from the spelling in the post title that our UK-based writer Andy Synn is responsible for this post.  What do you think of Andy’s picks?  What are your favorite solos?  Leave comments!)

Greetings true-believers! Ok, so after the review-fest of “Unofficial UK Week” last week (which I swear, wasn’t intentionally timed to coincide with Independence Day) I’m easing up a bit this week. I should have a review of a truly badass new album by a certain Norwegian band for you in the next few days, and I’m slowly working on another Synn Report and a longer column or two for next week, but for now I thought I’d drop the inaugural column in what I hope to be a semi-regular series highlighting “5 of my Favourite…” things.

Today I’ve chosen to pick out 5 (ok, 6 actually, but I refuse to change the title) of my favourite guitar solos. Not of all time exactly, just five that came to mind when I was doing some random listening recently. Future iterations of the column, if it proves a success, will feature other random “5’s” in whatever order they happen to occur to me.

First off we have the defining solo in “Ground” by Enslaved. It’s a well-known fact that Ice Dale is a true guitar god, managing to rock both a killer solo and a series of iconic rock poses with a shirtless flourish. I’d swear he was the black metal reincarnation of Jimmy Page, if not for the fact that Page isn’t dead yet.

His solo on “Ground” is one of his best, mixing Pink Floydian grandeur with a psychedelic, spontaneous edge. It builds slowly, majestic hanging notes and smooth, smoky phrases mingling as it increases in complexity and intensity, with a bit of dazzling fretboard magic thrown in for good measure. 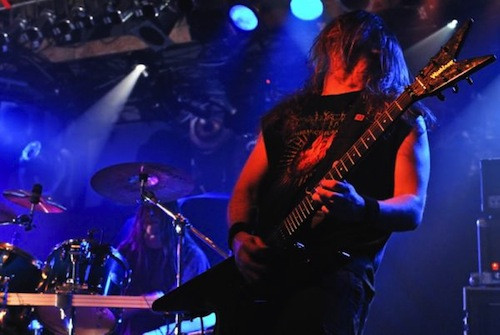 Decapitated mainman Vogg is a true fretboard wizard, we all know that. His black magic fingers can make a guitar produce noises that it shouldn’t, and his grasp of riff structure and solo arrangement is wholly unique. For these reasons, among many others, Carnival Is Forever is still getting major rotation in my weekly listening, and one of my favourite parts is the squalling, ear-splitting solo that crowns the middle of “United”.

Not since the (often polarising) playing of Dimebag Darrell have we seen a guitarist in the extreme scene with such an instantly recognisable solo style. The solo for “United” is long and intricate, with several distinct movements to it, going from dirty, shrill harshness to crystal-clear melody in a heartbeat. Just when you think it’s building up to end, it switches direction with a spiralling, ascending melody line, leading to the real conclusion. The fact that it does it all without any rhythm guitar backing is just another testament to the confidence and talent of its composer. 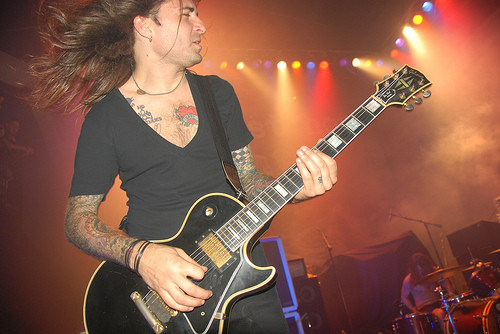 Ok, I’ve already broken my own rules here, but I just couldn’t separate these two solos in my mind, and for good reasons. They represent two sides of the same coin, each of the, actually a twin-solo section that pairs the more down and dirty style of Mike Schleibaum with the more technical and classically influenced playing of each song’s respective lead guitarist.

The sweeping fingers and nimble playing of Kris Norris were undoubtedly a huge part of Darkest Hour’s post-Hidden Hands… sound, with band-founder (and chief guitarist) Mike Schleibaum acknowledging on several occasions that Norris’ fleet fingered playing had prompted him to step up his own game. His replacement had no small feat to accomplish, but in Mike “Lonestar” Corrigan the band found not only an adequate replacement, but one whose differences in style would allow them to expand their repertoire of stylish, fluid solo parts.

“Demon(s)” sees Schleibaum’s shameless wah-drenched wailing build toward a transitory crescendo, with Norris sweeping in with his clean, dizzying playing to cap the whole thing off (pay attention to the teasing, final note that echoes quietly behind the final chorus, too). By contrast, “The Tides” opens with the exquisite, classical stylings of Corrigan, going from baroque, string-skipping epic-ness to a downright stunning display of technical finger-work, after which Schleibaum elbows in to give himself room to deliver his scattershot, 80’s-influenced shredding in a brilliant contrast of styles. 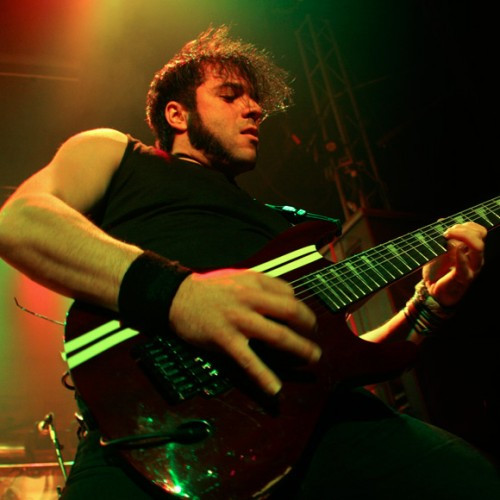 Metalcore pioneers Unearth may not have shown much growth or progression since they stumbled on their core formula for song-writing, but one thing they’ve never, ever,  skimped on are the 7-string gymnastics demonstrated by their guitarists Ken Susi and Buz McGrath.

“Zombie Autopilot” (one of their signature tunes, to the extent that they seem to have tried, with varying levels of success, to reproduce it in one form or another on all their subsequent albums) is a song almost entirely built around lead guitars, from its opening and reoccurring lead refrain, right through to the mandatory air-guitar of the song’s dual solo section, which occurs barely over 1:30 into the track.

I often think of this track as being quite long – it’s not. It just packs in a massive, irresistible solo section that most guitarists would give their bottom two strings for, channelling Iron Maiden levels of ridiculous guitar melody into a two-part extravaganza of explosive fretwork and bombastic harmony. 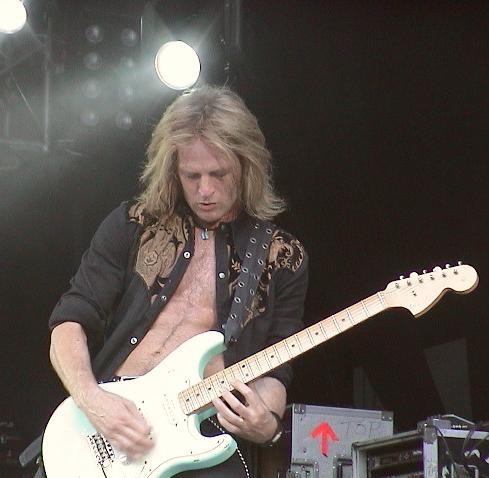 Seriously, don’t laugh. Not only was this film a key part of my upbringing (and still remains unarguably my favourite film today), but the soundtrack was awesome. And the main theme song, by the little-known band Lion, is packed with some excellent riffs and an absolutely shredding, energised solo which gets me every time. The introductory melodic refrain, playing with the Tranformers theme, transitions (with a brilliant cry of “Transform!”) into a shredding display of winding speed-licks and piercing harmonics, capped off with a squealing divebomb, harmonised build-up, and a screaming, skyrocketing climax.

They may never have achieved worldwide fame and fortune, but the band, and particularly guitarist Doug Aldrich, absolutely knocked it right out of the park with this one!