We’ll start this fucker off with Finland’s Hooded Menace. Today it was announced that their first album for Relapse Records, Effigies of Evil, will be released on September 11 (it can be pre-ordered in a variety of formats and bundles here). David D’Andrea did the album cover, which is cool. Relapse describes the album as “combining the grooving riffs of Black Sabbath and early Cathedral with the fire of classic Autopsy and Asphyx”. Fuck yeah. 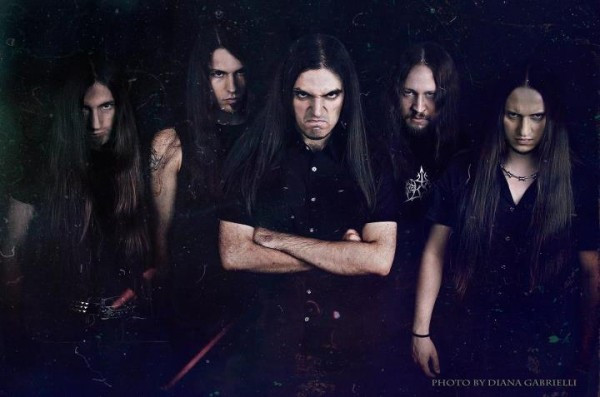 This is SO damn cool. Within the shantytown of Blogville, we were relatively early supporters of Italy’s Eyeconoclast, reviewing their 2011 EP Sharpening Our Blades On the Mainstream here. Today, Prosthetic Records announced that they have signed the band and that Eyeconoclast will be entering the studio on July 21 to record their first album for Prosthetic.

(And btw, if you still haven’t seen the jaw-dropping video of Mauro Mercurio recording one of the songs on that Eyeconoclast EP, go here without delay.) 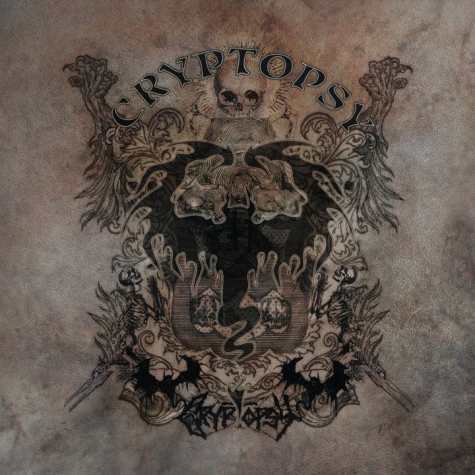 We’ve been pimping the shit out of Cryptopsy since news surfaced that lead guitarist and songwriter Jon Levasseur was back in the group and that they were working on a new self-titled album. Today, it was announced that pre-sales for the album will begin this Friday, July 13, via the band’s new web site, Cryptopsy.ca (which goes live on Friday), and that the album will be released on September 11. For those who pre-order,  some extra goodies will be thrown in: Two songs from the album will be delivered digitally on August 14, and then on September 11, pre-order participants will receive the “Making Of Cryptopsy” (a 30-minute documentary) along with the completed album.

One more thing: you can check out the album cover above. Fuck yeah. 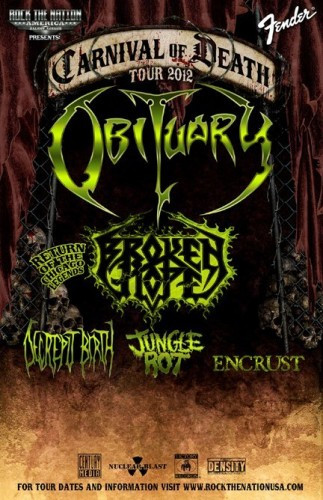 Today also brought this news: For the first time in three years, Florida’s Obituary will be headlining a North American tour. The Carnival of Death Tour 2012 will run throughout the month of September, and will include support from Broken Hope, Decrepit Birth, Jungle Rot, and Encrust.

Fuck yeah. (No dates are available yet, but we’ll post about it when the schedule firms up.) 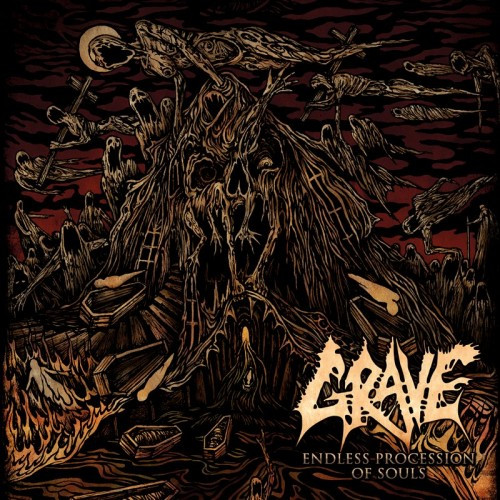 And now, to close out this round-up, a new song from Sweden’s Grave. As we previously reported, their tenth studio album, Endless Procession of Souls, will be released on August 28 by Century Media Records. Today, Decibel magazine premiered the first track from the album, “Passion of the Weak”.

You should hear it. It will cause you to exclaim . . . well, you know.