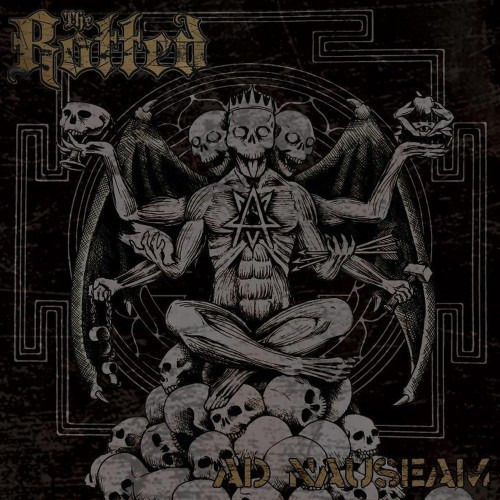 Two more quick items to pass along, and I hope my day job will allow time for one more post like this one before this day is over. Fucking day job.

The items in this post are both videos. The first one comes from a UK band called The Rotted, whose most recent album Ad Nauseum was released by Candlelight last fall. We never got around to reviewing it, but I’ll tell you what, it’s a fuckin’ blast!

The new video is for a song from that album called “Surrounded By Skulls”. Can you guess why the mere title of that song appeals to me? But it’s not merely the title that’s appealing. The song itself is virally infectious. It’s a combo of crusty hardcore punk, d-beat, and death metal that’s irresistibly catchy, with a real shout-along chorus. The video is a kick to watch, too. Looks like a live show by these dudes would be some head-busting fun. Also, there are a lot of skulls.

The second video is from Chrome Waves, a band I’ve written about twice before. The last time (here), I was raving about a song from their debut EP called “Light Behind A Shadow”, and lo and behold that’s the subject of the band’s first official video, which Metal Injection premiered today. By the way, the album was released earlier this month by Gravedancer Records and it can now be ordered as a CD from this location, as well as downloaded from iTunes and Amazon mp3. 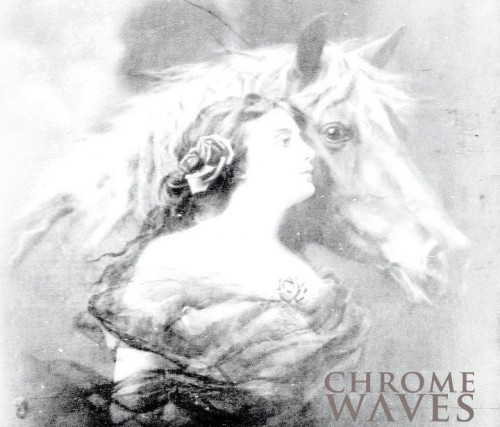 In case Chrome Waves is a new discovery for you, it’s a very impressive combination of some very impressive musicians — guitarist Jeff Wilson of Wolvhammer and formerly of Nachtmystium, vocalist Stavros Giannopoulos of The Atlas Moth and Twilight, and drummer/bassist Bob Fouts, previously a member of The Gates of Slumber and now in Apostle of Solitude.

“Light Behind A Shadow” includes elements of different musical styles as represented by the bands these people come from. The first half is built around the repetition of a motif, and then the second half opens up into an anguished melody, and I still find the whole thing incredibly memorable and powerful. The black and white video is also dramatic, and mysterious, and ultimately quite strange.

So with those introductions, please do check out these videos. They’re worlds apart, both in mood and in style, but I think they’re both great.

4 Responses to “HIT AND RUN: THE ROTTED AND CHROME WAVES”