Josh Eldridge used to be head of publicity at Century Media Records, and then later in business development and A&R. I remember him fondly because he was the first major label rep who gave NCS a shot at a song premiere for a big-name band (Deicide’s “How Can You Call Yourself A God”). Later still, he became the head of marketing for The MuseBox marketing company and founded his own business called ConspiracyPR.

Now, in partnership with MuseBox, he has formed a new metal label called Gravedancer Records and has made a deal for worldwide distribution of the label’s first three signings by EMI. And these aren’t just any three signings. The first bands signed to Gravedancer are Byzantine, Chrome Waves, and Conan. This shows extremely good taste (not that we hold ourselves out as arbiters of taste, of course), and a reason to pay attention to what Eldridge and Gravedancer do next. Allow me to elaborate:

The revival of this West Virginia band, with the reuniting of Chris Ojeda and Tony Rohrbaugh, was one of the real bright spots of news in 2011. TheMadIsraeli interviewed both of them for this post in February, and we’ve been following their progress closely. Small pieces of awesome music have surfaced now and then, enough to make us confident that Byzantine’s next album will be something special. The most recent taste of what’s to come is a Chris Ojeda playthrough that has now appeared on YouTube. That’s the first thing that will greet you after the jump.

I hope that gets you as excited as it gets me. Word is that Byzantine’s new album is projected for release this fall. 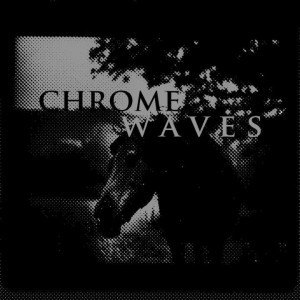 I can no longer remember how I stumbled across this band, but I do know that on December 3, 2011, they posted their first track for streaming, and on December 4 I was posting about it. That post contains as much intelligence as I was able to uncover on short notice, but for now I’ll just remind you that this is a band composed of vocalist Stavros Giannopolous (vocalist and guitarist for The Atlas Moth), guitarist Jeff Wilson (guitarist of Wolvhammer, formerly of Nachtmystium and Bringers of Disease), and drummer/bassist Bob Fouts (bassist for doom-metal band Apostle of Solitude; formerly withThe Gates of Slumber).

Since that first post, Chrome Waves debuted three more songs. They are all remarkably good. I listened to one of them again tonight, three times in a row, as I was writing this post. It may be my favorite of the four. I’ve already put it on our list of candidates for 2012’s most infectious extreme metal songs. But it’s one of those infectious songs that’s also emotionally very powerful. Listen:

“Light Behind A Shadow”

You can listen to the other three Chrome Waves songs that have appeared to date at this location. The self-titled album will be available on July 3 in CD, digital, and a special, limited edition vinyl package. 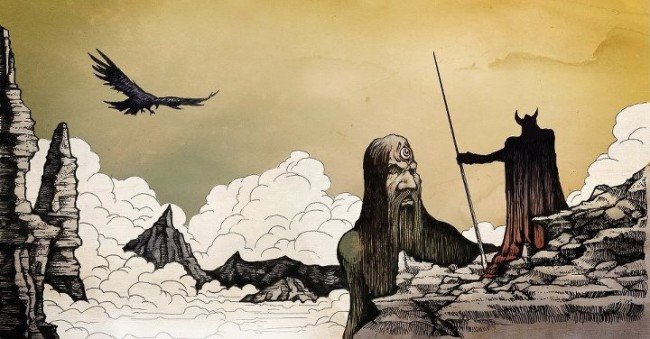 This Liverpool band is the only one of Gravedancer’s signings whose music I’ve only explored briefly. At NCS, they were one of the bands featured in MaxR’s 2011 year-end list of Metal Bandcamp Doom Favorites (here) and they were a Notable Mention in the Top 10 2011 list contributed by T of Dragged Into Sunlight.

They describe their music as “Caveman Battle Doom”, which just sounded fucken alright to me. Gravedancer has partnered with the Roadburn festival to release  Conan’s new album Monnos in North America, and it’s scheduled to become available on July 31. It will be released on April 2 in the UK on Burning World. [UPDATE! – Thanks to MaxR at Metal Bandcamp, I discovered that Monnos has now been made available for digital download on the Burning World Bandcamp page. Go to Metal Bandcamp’s site here to find out more.]

Pitchfork recently streamed a track from the album called “Hawk As A Weapon”. You can go get a free download of the song there. It’s filled with sky-high granite monoliths — slowly crumbling down on top of you. You can feel the bones splinter as your head merrily bangs away. It’s both oppressive and catchy as the common cold.

“Hawk As A Weapon”

So, seriously, if this is how Gravedancer is starting off, is there any wonder why I’m so interested in whatever they do next?