In this post, two bands with new music, both swimming in the same musical sea. One old favorite and one new discovery: Tardive Dyskinesia (Greece) and NEOSIS (Switzerland).

Our attachment to this band goes back to the early days of NCS when we featured their 2009 album Sea of See Through Skins in a post about “math metal” (a post that also included Textures, CiLiCe, and Hacride). What a quaint term “math metal” now seems. Those were the days before the term “djent” polluted our vocabulary, before everyone’s neighbor began writing off-kilter pneumatic riffs a la Meshuggah and calling them “songs”.

It’s been a long wait for a new TD album, though the band have periodically given us reasons to remember them, including a free recording of a live performance (featured here). But now they’re beginning the ramp-up process for release of their third album, Static Apathy in Fast Forward, which is due later this year. Recently, they started streaming a rough mix of a new song called “Prehistoric Man”, which will appear (though possibly in altered form) on the new album, and I’m really digging it.

The song features to good effect the band’s blend of turbulent, head-twisting rhythms and progressive-minded instrumental passages that first attracted us to them years ago, with perhaps a more prominent place for melody and a few other added ingredients as well. There’s quite a lot of clean singing in the song, though the mixing of clean and harsh vocals also appeared now and then on Sea of See Through Skins, but I think it works well in “Prehistoric Man”.

Fans of bands such as Textures need to discover Tardive Dyskinesia if they haven’t already. Check out the new track (and find out more about TD on Facebook):

The next band I found out about through an enthusiastic e-mail from TheMadIsraeli, and I got enthusiastic, too. 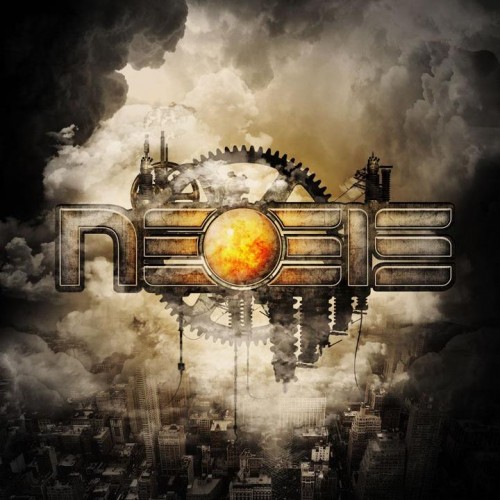 This Swiss band wisely decided to use an acronym instead of their full name, which is New Evolution Of Society Influenced by Scientism. The name refers to the concept of a future in which science becomes the basis for solving society’s social, political, and economic ills.

The band unabashedly proclaim their fandom for Meshuggah and Fear Factory, and those influences are indeed evident on the two NEOSIS songs I’ve heard so far — “Supremacy Design” and a partial version of “Worship Mindset”. Both of them are set to appear on a self-titled debut album scheduled for release on April 5 (and pre-orders are already being accepted on Amazon).

Like Tardive Dyskinesia, NEOSIS build their songs on an unstable foundation of intricate, mind-scrambling rhythms and feature a mix of clean and hardcore-style harsh vocals. They also add industrial elements and electronic sounds that give the music a futuristic sheen. The muted riffing and drumming are also blazingly fast, like a musical simulation of fast-twitch muscle fibers in full-on spasm.

This YouTube clip includes both “Supremacy Design” and the teaser for “Worship Mindset”:

P.S. After I finished writing this post, it dawned on me that I had heard of NEOSIS before. It turns out that one of their songs was included on a compilation prepared by the Metality blog that I wrote about in August 2010 (here), and that song — “Unwilling Fate” — is still available for individual download via this page at Metalhits. Here’s “Unwilling Fate”:

And here are NEOSIS band links: