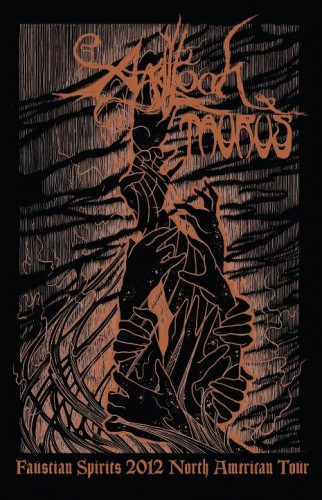 Preceding Agalloch was another Portland band named Eight Bells (who aren’t part of the full NorthAm tour) and then Taurus (a two-woman band, also from Portland, that includes the afore-mentioned Stevie Floyd from Dark Castle). I enjoyed Eight Bells’ post-rock instrumentals, but the tag-team vocals of Melynda Jackson and Haley Weiner were too often off-key, and I confess that I gave up after the first three songs and went outside and spent the rest of their set catching up with Ryan Yancey and James Furrow from Blood and Thunder, a hard-working, hard-playing band we’re big fans of, who are forging ahead despite a couple of recent line-up changes. They’ll be opening for Korpiklaani, Moonsorrow, Tyr, and Metsatoll in Seattle on September 8, and I’m tremendously stoked for that show.

I confess that the suffocating, funereal, sludge-doom of Taurus wasn’t my thing either. Constantly shrouded in smoke and with a strange video in continuous motion on a big screen behind them, Floyd and Ashley Spungin churned out an unrelenting fog of ponderous slamming chords, unpredictably timed drum explosions, and disturbing pre-recorded noise. The suicidally depressive atmospherics of the music just didn’t mesh well with my mood, and I gave up after about half an hour and retreated to more outdoor conversation.

Agalloch’s set was pretty much all I could have wanted. It included some of my favorite older songs from the band’s discography (including “In the Shadow of Our Pale Companion” and “Not Unlike the Waves”), some songs I hadn’t heard them play in previous shows I’ve attended (including “As Embers Dress the Sky” from Pale Folklore), and their most recent release, “Faustian Echoes” (reviewed here).

I’ve run out of new things to say about Agalloch’s live performances. They’re four consummate musicians who are serious as a heart attack in preparing for and delivering spot-on performances in a live setting, and on this night, as before, I was completely transported by the power, beauty, and intensity of their music.

I took some photos, though I took them from a distance, not wanting to burrow through the crush to get closer to the stage. Here are the best of the bunch. 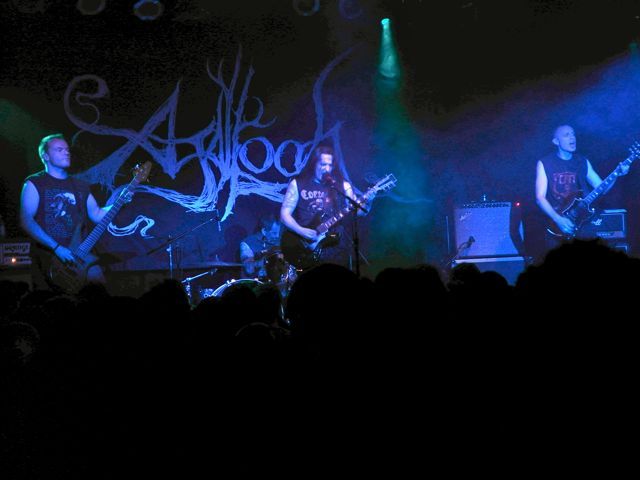 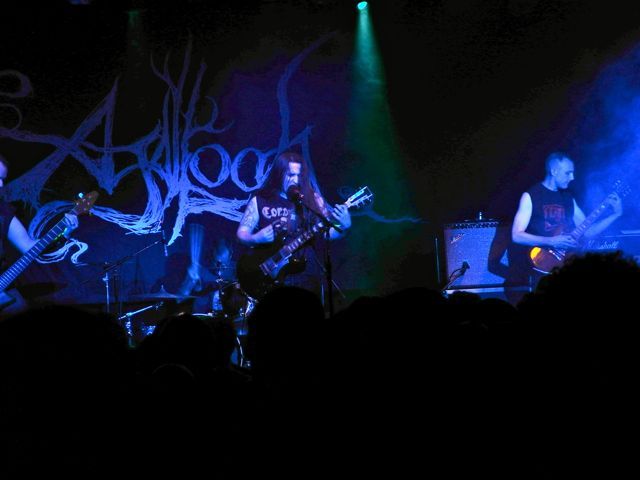 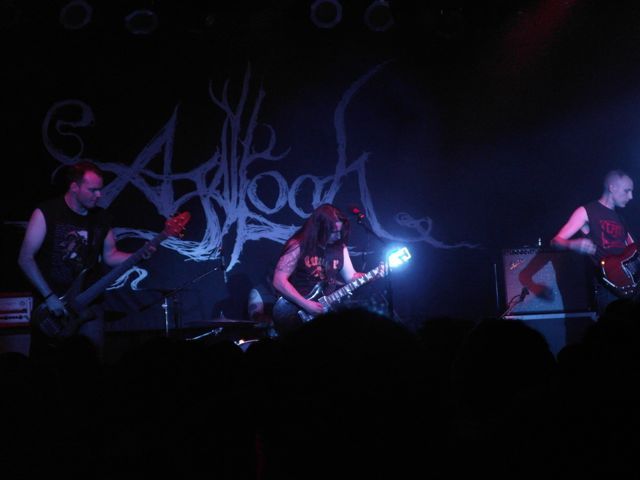 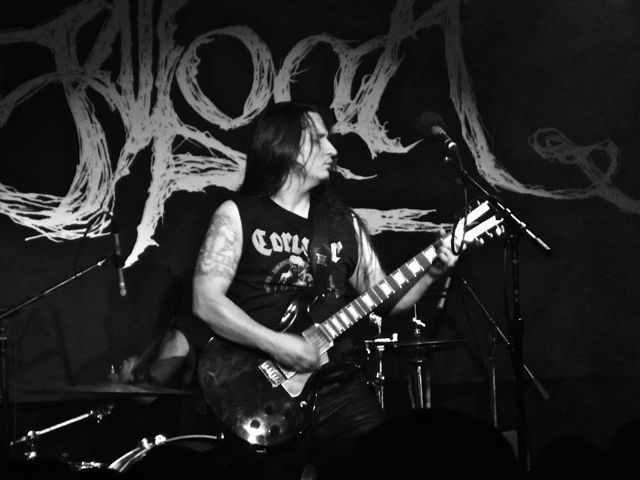 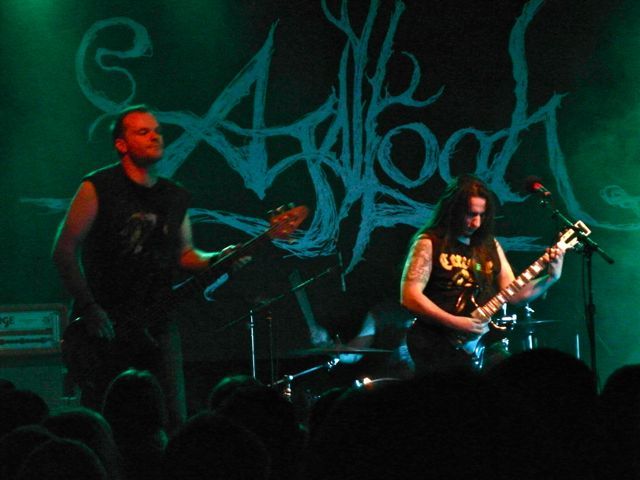 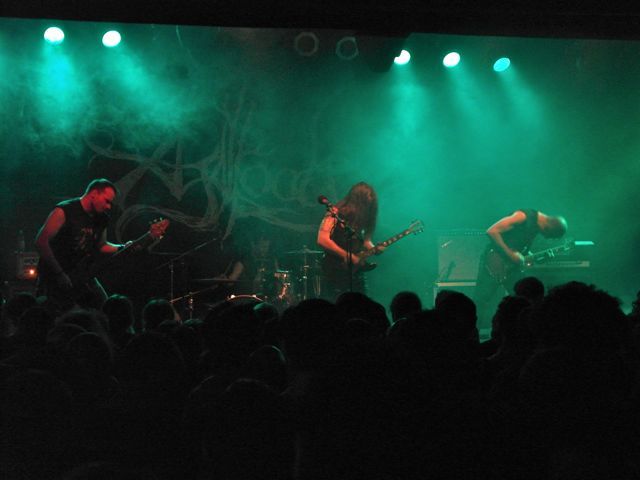 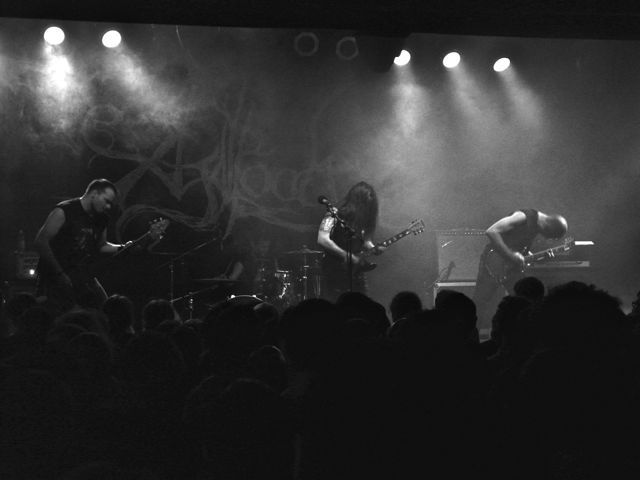 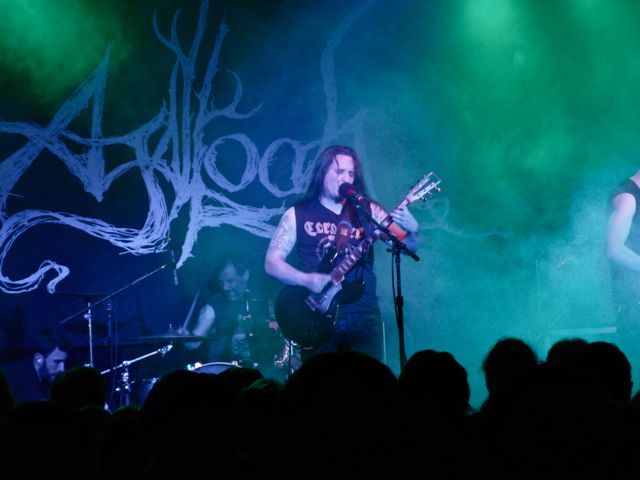