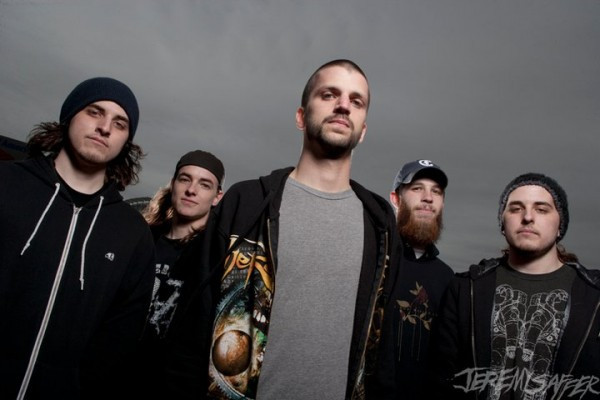 Within certain circles, much eagerness seems to have been building for the new album from Indiana’s The Contortionist. Entitled Intrinsic, it will be released tomorrow via eOne/Good Fight Music.

To be brutally honest, I can’t say that I’ve been among the eager, because my own tastes tend to veer off in different directions. But I have at least been interested, and I suspect some of you are in the same camp. So, as a public service, I want to bring two pieces of information to your attention.

First, the entirety of Intrinsic is streaming at this location, at least for a little while.

Second, today Noisecreep exclusively premiered the band’s official video for “Causality”, the album’s third track. The song combines djent-style pneumatics, prog-style instrumentals, a dreamy/spacy keyboard layer, and a combo of hardcore roaring and ethereal crooning. It becomes . . . beautiful. The well-made video is pretty to watch, too . . . the dreams of a middle-aged man, both a kind of discovery and a kind of emotionally wrenching journey.  Nice shots of the band performing, too.

2 Responses to “THE CONTORTIONIST: FULL ALBUM STREAM AND DEBUT VIDEO FOR “CAUSALITY””