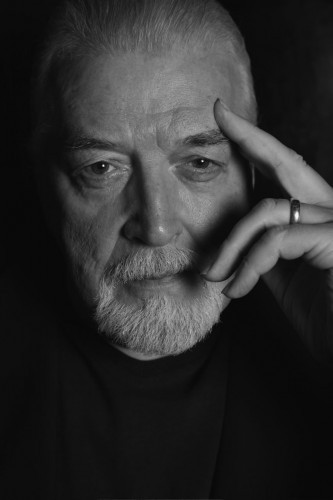 Very sad news to start this round-up: Jon Lord passed away today at the age of 71. He suffered a fatal pulmonary embolism while hospitalized, following a long battle with pancreatic cancer. Though he had a long solo career and played with a variety of bands, he is best known as the keyboardist with Deep Purple and co-writer of many of that band’s most famous songs, including “Smoke On the Water”.

Deep Purple’s music meant a lot to me at a particular point in my life, and I’m sad to see that Jon Lord is no longer in the world. In his memory, here’s “Perfect Strangers”, a song that stands the test of time:

In happier news, King of Asgard released a music video for “The Nine Worlds Burn”, a song from their forthcoming album …To North, which is scheduled for release by Metal Blade on July 27 in Europe and July 30 in the U.S. The song should be familiar, since we devoted a post to it when it began streaming as the album’s first single in early June. The song still reminds me of Nalgfar and Immortal, with a dramatic feminine vocal in the interlude. Great song, and the video captures the fire of the song . . . with fire. Watch it next.

Next we have this, the cover art for the next album by Between the Buried and Me: 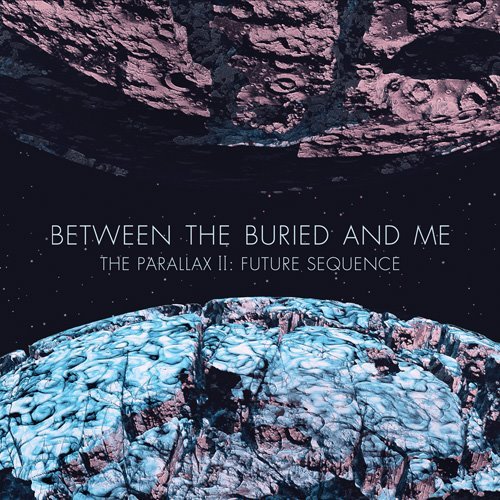 Its title is Parallax II: Future Sequence, and we also now have a Metal Blade release date: October 9. I thoroughly enjoyed this band’s last release, and am looking forward to this one.

Less than a week ago, we featured the cover art to Sybreed’s next album, God Is An Automaton, which is the work of that Septic Flesh frontman Seth Siro Anton. The album will be released by Listenable on Sept 24 in Europe and on October 2 in North America. Back then I only had snippets from various songs to share with you, but as of today we have a complete song — “The Line of Least Resistance”.

I’m having a bit of internal debate with myself over this song — mainly the hooky chorus part with the clean singing and the kind of Germanic pop-metal I associate with Rammstein. But the part of me that’s having fun with that is winning out over the kvlt part. As you listen, you can gaze again upon the album art right below the player. 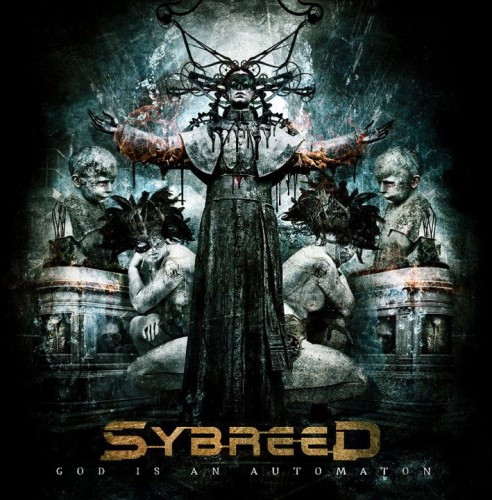 The kvlt part of me must have its payback, and so for the last item in this afternoon round-up of news and new music, I shall report that Terrorizer is now streaming the entirety of the split EP by  Winds of Genocide (UK) and Abigail (Japan). The EP is entitled Satanik Apokalyptic Kamikaze Kommandos and it’s available on Witchhammer Productions. Here’s the cover: 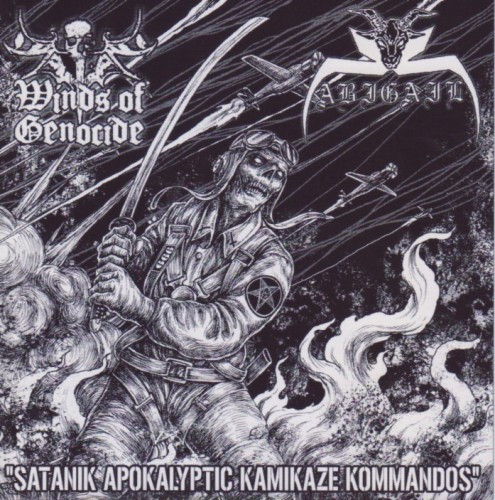 We’ve written about Winds of Genocide several times before (most recently here, when they came out with a music video). They are nasty, in a very good way. As it turns out, so are Abigail.