The evil in this track starts flowing immediately in the tremolo-laced death-doom chords of the intro, and then it turns into a flood, with a dense wall of spitfire riffing, machine-gun percussion, and vocal outpourings of genuine bestiality. This horrific onslaught of hybridized black metal and brutal death-doom may qualify as war metal (a term we’ve had fun discussing around here off and on). Whatever you call it, it cored out my skull and left me hungry for more.

And here are links for Hell United: 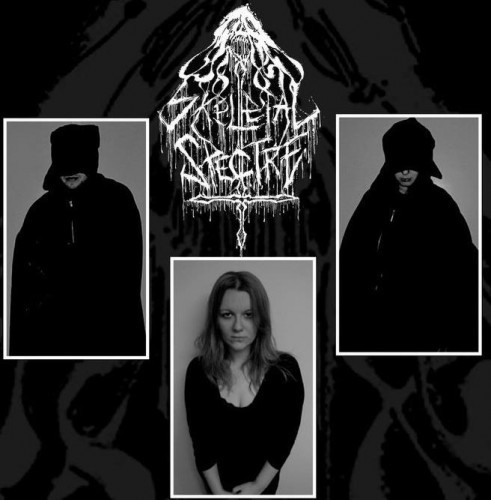 If this name sounds familiar to NCS readers, it may be because I raved about their 2011 album, Occult Spawned Premonitions, in this review last September. The band is loaded with talent. Last fall I guessed that the guitarist/bassist, who goes by “Behold the Pentagram”, was Roger “Rogga” Johansson of Ribspreader and Bonegnawer fame, and that’s now more or less been confirmed. The drummer’s identity is still hidden, though whoever it is really knows his shit.

And the band’s vocalist, American Vanessa Nocera (Scaremaker, Wooden Stake) is just flat-out incredible. More about her in a moment.

Following Occult Spawned Premotions, the band recorded a new album called Voodoo Dawn, and that landed them a contract with the reliable Pulverised Records. I don’t have a release date yet, but I do have a song from the album called “Bone Dust”.

Man, what a song. You want some massive, old-school, Entombed-style chainsaw riffing? You want some goddamned titanic bass undercarriage? You want some expert drumming that flows seamlessly from one awesome rhythmic style to another? You want an acetylene guitar solo? You want some vocals that will raise the hair on your arms and the back of your neck? This song.

And yeah, Vanessa Nocera sounds fucking incredible. I’d say that even if she weren’t a woman, but the fact that she is a woman and can still do what she does just explodes my head.

This song is much more of an extreme, old-school, classic death metal song than anything I remember from Occult Spawned Premonitions. No clean vocals in this one, and no elements of doom — just full-on aural slaughter. Of course, I’m not complaining at all, since I love this shit — and let’s remember that it is only one song; we’ll find out in due course whether it is or isn’t representative of the rest of the tracks. Here it is:

This is a link to the Skeletal Spectre Facebook page: 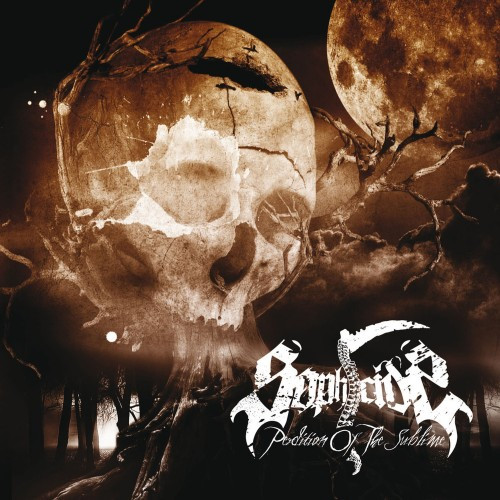 The story behind Germany’s Sophicide is pretty remarkable, even before you get to the music. Sophicide started in 2009 as the one-man project of Adam Laszlo — when he was 19. He recorded a four-song EP that year (The Art of Atrocity), which got him signed to Willowtip Records. And now he has recorded, mixed, and mastered (in a home studio) a debut album entitled Perdition of the Sublime, which Willowtip plans to release on August 14. If my math is right, Adam is now in the vicinity of 22 years old.

Mark my words: it won’t be long before Sophicide hits radar screens far and wide.  Check out the Decibel premiere of “Within Darkness”:

The cool album art is by Steve Voigt. You can find Sophicide on Facebook here. And The Art of Atrocity EP can be freely downloaded from Sophicide’s MySpace page via this link (warning: the download will start immediately if you click this).