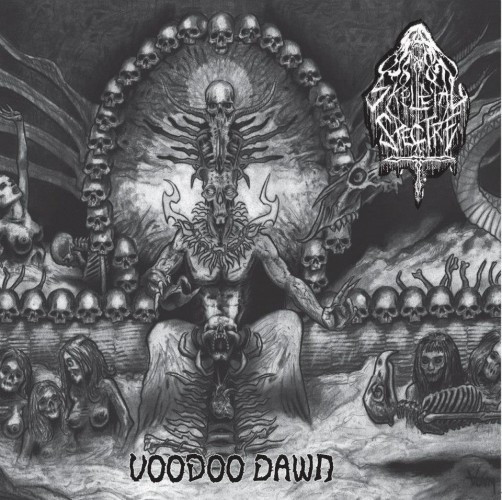 So, needless to say, I’ve been watching Skeletal Spectre pretty closely as they move forward toward the release of their next album, Voodoo Dawn. I’ve previously posted about the album’s stunning cover art (Adam Geyer), as well as a track called “Bone Dust” that became available for listening late last year. But today brought yet another song. This one’s named “Black Augury Hollow”. If you’re lucking for truly ghastly, pestilential, maggot-infested, beautifully executed, old-school death metal that stomps and romps with an infusion of d-beat energy and a lot of chainsaw distortion, you really need to hear this. END_OF_DOCUMENT_TOKEN_TO_BE_REPLACED 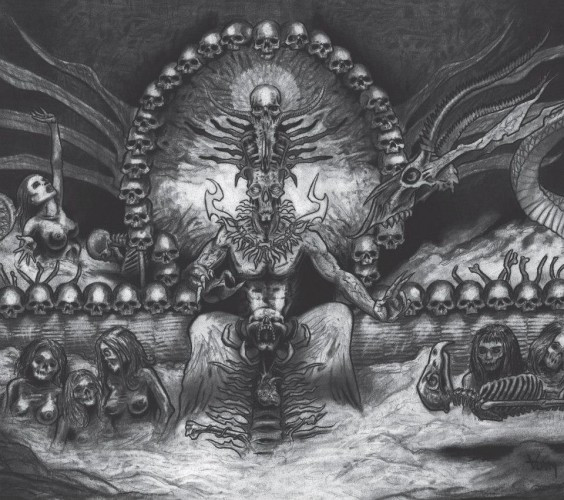 END_OF_DOCUMENT_TOKEN_TO_BE_REPLACED

The evil in this track starts flowing immediately in the tremolo-laced death-doom chords of the intro, and then it turns into a flood, with a dense wall of spitfire riffing, machine-gun percussion, and vocal outpourings of genuine bestiality. This horrific onslaught of hybridized black metal and brutal death-doom may qualify as war metal (a term we’ve had fun discussing around here off and on). Whatever you call it, it cored out my skull and left me hungry for more. END_OF_DOCUMENT_TOKEN_TO_BE_REPLACED 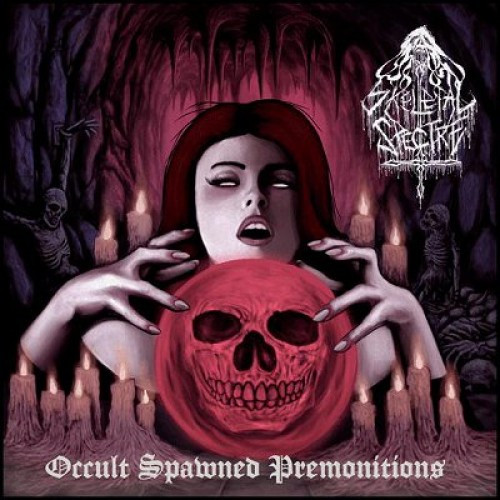 We were contacted about this three-person band by Karol at Selfmadegod Records in Poland, and man am I grateful for the introduction, because this band’s music has pushed more buttons than I knew I had.

Skeletal Spectre was started in Sweden by the band’s current guitarist and bassist, “Behold the Pentagram”, and features vocals by an American woman, Vanessa Nocera, who also fronts a death metal band called Scaremaker and a doom band called Wooden Stake. The third band member is drummer “Haunting the Beyond”.

Karol hooked me up with a download of the band’s 2011 album (their second, and the first with Nocera on vocals), Occult Spawned Premonitions. From the name of the band, the album cover, and the song titles, I guessed that I was in for horror-themed metal of some kind, and I took the plunge by listening to the opening track, “Scalped”. And then I listened to the rest of the album straight through and immediately started over, without even stopping to wash the putrescent gore off my mangled body or dig the bone fragments out of my hammered skull.

When anyone asks you to list the best female growlers in extreme metal, you will now have to include Vanessa Nocera. Not only can she deliver the horribly bestial, bloody-throated howls and growls you need and want from your death metal, she has a low clean voice, too (contralto?) and sounds uncannily like a young Ozzie Osborne. (more after the jump . . .) END_OF_DOCUMENT_TOKEN_TO_BE_REPLACED