(In this feature TheMadIsraeli reviews the new self-titled album by the California death metal band Oblivion and introduces our premiere of a track from the album named “Insurrection“.)

I honestly believe Oblivion are one of the most consistent newer death metal bands we’ve got right now, with a unique voice of their own. Whether it’s down to Nick Vasallo’s distinctive old school high/low vocal approach, the same granite yet antimatter guitar tone they’ve had since their debut EP, or the flagrant combination of ’90s tech death and modern progressive tendencies, there’s always been a lot to like on all fronts about Oblivion.

I was a huge fan of the band’s last record The Path Towards and it’s move in a more proggy direction with some very welcome black-metal-intensive moments, and songs that really shook things up and showed the band expanding their horizons delightfully. I was surprised, as a result, on my first hearing of Oblivion’s upcoming self-titled record, that the band had decided to take a direct, distinct step backward to the more grounded death metal sound they came crashing through the gates with on Called To Rise. END_OF_DOCUMENT_TOKEN_TO_BE_REPLACED

As we reported last month, long-time NCS favorites Oblivion are returning with a new, self-titled album that’s currently slated for release on January 21, 2019. Also last month, the band released the new album’s first single, “True Awakening“, which was written (as they explained) “from the subjective perspective of the emerging ASI (Artificial Super Intelligence) as it is first awakening and becoming aware of its powers and the world it inhabits”. Fittingly, the song’s long introductory passage exudes an aura of ominous foreboding as it methodically piston-pounds the listener’s skull and swirls about like artificial neurons growing and seeking connections.

“True Awakening” proved to be an explosive lead-in to the album, its rhythms eventually shifting into a galloping gear, the music surging, battering, and thundering, with ghastly vocals augmenting the music’s atmosphere of blistering and brutish violence, and a solo at the end, both queasy and questing, leading into one final obliterating onslaught.

Oblivion has planned to release further singles every month from now up to the release date, and we’re getting to help spread the word about the second one today. The name of this one is “Forgotten Brotherhood“. END_OF_DOCUMENT_TOKEN_TO_BE_REPLACED

We’ve devoted a fair share of attention to the previous releases by this Austrian band, including Andy Synn‘s devotion of one of his SYNN REPORTs to their discography last year and our premiere of a video for a song off their last album, Visions. Although that album was only released last year, Anomalie are back already with a new four-song EP named Integra. END_OF_DOCUMENT_TOKEN_TO_BE_REPLACED

The music of “It Has Become” is deeply unnerving, coiled with a tightening tension that springs open into eruptions of unhinged violence. It provokes the kind of adrenaline surge of a flight-or-fight response, but maybe more likely to send you running as fast as you can. And now the song has been matched with a video that’s equally unsettling and electrifying.

The song is one of many excellent tracks on The Path Towards…, the second album by the Bay Area death metal band Oblivion, which was released last November by Unique Leader Records. And for those of you who might not have discovered it so far, this new video that we’re bringing you today provides a vivid reminder that this is an album you should get into without further delay. END_OF_DOCUMENT_TOKEN_TO_BE_REPLACED

(TheMadIsraeli reviews the new album by Oblivion, which is out now via Unique Leader Records.)

I was a huge fan and advocate for Oblivion when they first appeared in the scene all the way back at the release of their debut three-song EP. I enthusiastically reviewed their 2013 debut album Called To Rise, amazed by their dedication to old school, riff-driven technical death metal that called to mind Suffocation, Incantation, and Pestilence. It was one of the best death metal records of its year, and as a result I’ve been very excited to see what the band would do next.

The Path Towards… is the first album in a two-album series about the inevitable AI takeover of the human race. Generally a tired concept that’s been done to death, Oblivion pull it off quite convincingly, conveying the horror and sense of existential dread of being phased out along with the accompanying unbridled and anguished sense of rage you’d expect from such an event. END_OF_DOCUMENT_TOKEN_TO_BE_REPLACED 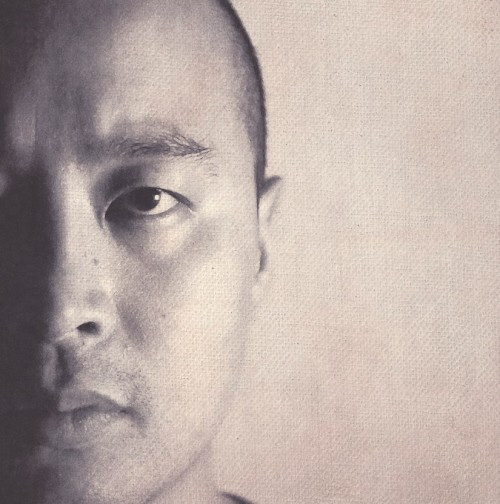 What I’m about to say won’t come as a complete shock to those of you who read NCS regularly, but it may still be a challenge to wrap your mind around it:  Nick Vasallo, lead vocalist and songwriter for the excellent technical death metal band Oblivion, has a Ph.D. in Music, is a professor at Cal State Polytechnic University (Pomona), and is a composer of classical music whose works have been performed internationally.

But even if you knew all that, you may not know that one of Vassalo’s compositions, and the one that earned him his Ph.D., represents a collision of heavy metal and classical music, and then ultimately a synthesis of the two. The name of the piece is Black Swan Events, and later in this post you’re going to see and hear the premiere of a video of its performance in Berkeley, California, on August 17, 2013.

The integration of metal and classical music in this concerto goes well beyond the fact that it was written for electric guitar, drum set, and orchestra. The integration occurs at a much deeper level, as I’ll do my best to explain in a moment. But first, it may help to know where the title of the work comes from. END_OF_DOCUMENT_TOKEN_TO_BE_REPLACED 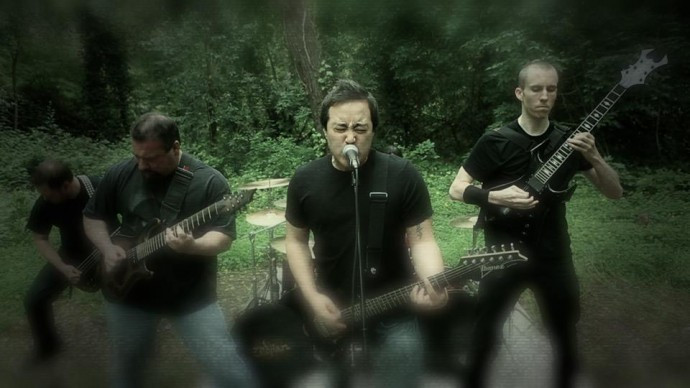 We’ve already let loose a string of posts about new song and video premieres today, but we have one more. The first is a new video from . . .

Not long ago we reported that this Bay Area band who we’ve written about frequently (writings collected here) had signed with the Unique Leader label, and that Unique Leader plans to re-issue the band’s self-released debut album, Called To Rise, on October 15 (check our review of it here). Today we got the new official video for the album’s final track, “Omniverse”. It’s one of my favorite songs on the album, a mix of heart-racing death metal performed with technical flare and eerie atmospherics.

That eerie quality that drifts through the song is captured in the visual effects and animation in the cool new video by Brandon Hunt. Check it out next: END_OF_DOCUMENT_TOKEN_TO_BE_REPLACED 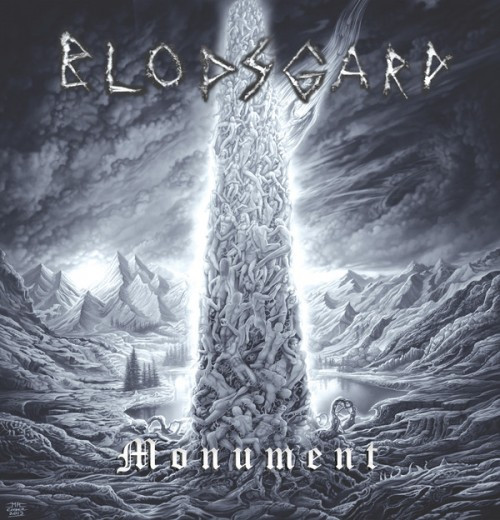 The last few days I’ve fallen down on the job of watching for, and writing about, new music and news, because the old fucking day job has had me in one of those armlocks the cops use (used to use?) to choke out unruly citizens. But I’m at least going to make time to report on exciting new developments from two “old friends”.

Thanks to sharp-eyed NCS supporter Austin S-K, I found out that Blodsgard have posted to YouTube a “teaser reel” of song excerpts from their forthcoming album, Monument.

Back in mid-June I provided some updates about that forthcoming full-length debut (including the killer album cover by Mark Cooper of Mindrape Art), and that post is a good place to go if you want to find out more about the band and their previous demo releases. At that time, the band had posted on their website separate excerpts from each of the tracks on Monument, but as of today they’ve now packed them into a single “medley” clip that you can hear straight through. END_OF_DOCUMENT_TOKEN_TO_BE_REPLACED 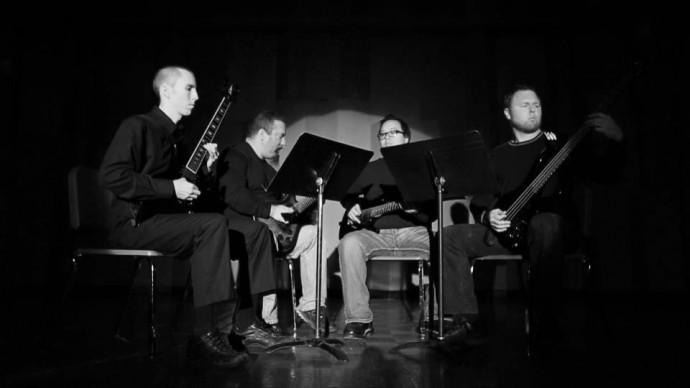 Today Oblivion released a music video for this song, with the three guitar parts performed by Vasallo, Ted O’Neill, and Victor Dods and the bass part played by Ben Orum. And what’s extra cool is that the performance was staged as you would expect to see if the piece had been performed by a chamber music ensemble. END_OF_DOCUMENT_TOKEN_TO_BE_REPLACED 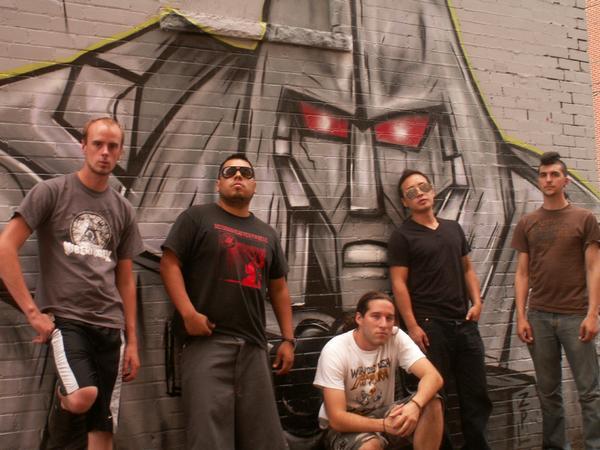 (In this post, guest writer Graffiti Petey provides a look back at California’s Antagony.)

Metalhead A: “Suicide Silence. White Chapel. All Shall Perish. Job for a Cowboy.”
Metalhead B: “Yup, heard of all these bands.”
A: “How about Despised Icon? Animosity?”
B: “Yeah, I think I remember them.”
A: “Okay, what about ANTAGONY?”
B: “Who???”

Chances are if you are reading this you have never heard about the seminal Bay Area-based metal band–Antagony (circa 1999-2009). Their story is a tragic account of bad timing and bad luck. Why is this band still relevant? Well, it’s been almost 4 years since they disbanded but their loyal fanbase is still passionate about what they did and what they could have been. To put it simply: Antagony mixed elements of Death/Grind and Hardcore before all of the aforementioned bands. Now you know this. If you are familiar with Hollywood tragedies, a good analogy would be River Phoenix: an experienced actor who influenced his generation but never quite hit stardom. After his untimely death–fellow actors like Leonardo DiCaprio, Johnny Depp, Keanu Reeves, and his brother Joaquin have gone on to super-stardom. This is the pattern we’ll see with Antagony.

Reading over Antagony’s past members is like reading a who’s who in the modern metal scene. The thirteen former members of Antagony have gone on to such bands as Oblivion, All Shall Perish, Hacksaw to the Throat, Suffokate, Oblige, Misericordiam, and more. You may be asking yourselves—how did all of these bands gain more recognition than their originator? The answer to that is a fateful combination of bad luck and bad timing, as we’ll discuss during the chronological analysis of the band history. END_OF_DOCUMENT_TOKEN_TO_BE_REPLACED