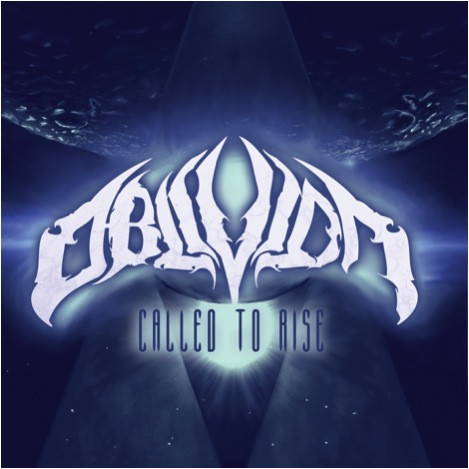 (In this post TheMadIsraeli reviews the forthcoming debut album from the Bay Area’s Oblivion. In a companion piece that you can find here, TheMadIsraeli also conducts an extended video interview of Oblivion’s Nick Vasallo and Ted O’Neill.)

Oblivion are one of the most badass death metal bands to emerge this year, seemingly appearing out of nowhere in a sea filled with sub-par deathcore and been-there-done-that modern tech-death that’s completely devoid of soul and conviction.  Called To Rise is an album that really brings back what I’ve missed too often since my discovery of death metal: smart riffing, effective song composition, and a keen sense of when to show off and when to not.  In a lot of ways, the album bombards the listener with elements, traces, and straight-up throwbacks to the tech-death of the 90’s (my favorite era of death metal).

It doesn’t hurt, of course, that Oblivion has some undeniable talent behind the name.  Ted O’Neill is an astounding guitar player capable of producing soul-shredding riffs and brain-melting solos, but his partners in crime are also quite badass.  Vocalist/bassist Nick Vasallo is an accomplished classical composer (a talent that factors prominently into the accomplishments of Called to Rise), and drummer Luis Martinez of now-defunct death metal/deathcore greats Antagony (for whom Vasallo was the sole composer). Joining the fold recently is second guitarist Victor Dods of the also now-defunct progressive death metal band Hacksaw to the Throat.

For everyone in this band, Called To Rise is an official return back into the metal world.  Especially most impressive is Ted O’Neill, who’s been out of the game for 25 years.  To repeat: This is the first time he’s played guitar in TWENTY-FIVE YEARS.  Just think about that as you listen to what Oblivion have done so far. 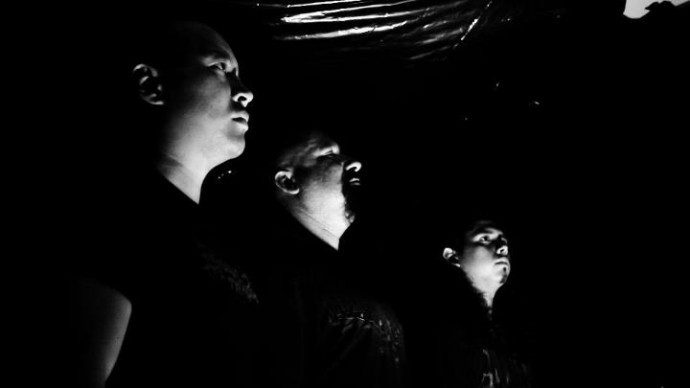 I always try to make comparisons to other bands to give readers an idea of what they are getting themselves into.  This is not at all to question the individuality of the musicians at hand, but you gotta start somewhere in attempting to provide a solid understanding of the sound.  In doing this for Oblivion, I have something of a mouthful of references, as Called to Rise is littered with shades of Suffocation, Immolation, Nile, Origin, Decapitated, Death, Pestilence, and still others.  If a band played great death metal in the late 80’s and the 90’s, it seems that Oblivion took note.  The end result is a death metal album that stays true, with an unrelenting, zealous dedication to the genre’s brutality, but also plays around with so many different influences that no song on Called to Rise sounds completely similar to any other.

The album has brutalized me. It’s nothing but a straight-up blood, bruises, and broken bones beatdown with an overload of push/pull dynamics between the songs to make a man’s head unscrew itself into a blood fountain.  Whether it’s the blazingly catatonic blitzkrieg of “Black Veils of Justice”, the Pierced From Within feel of “Reclamation”, the classically influenced, black-metal tinged “Multiverse”, or the Immolation-like cognitive dissonance of “Binary Souls”, it’s almost as if this is a death metal album for fans of the genre that’s intent on filling every single gap imaginable.

The performances of the musicians are stellar.  Vasallo has a beastly roar and a blackened shriek capable of causing your soul’s muscles to spasm uncontrollably in fear.  Not to mention that the dude’s got some wicked-ass bass skills, showcasing profound technical ability at certain sweet spots in Oblivion’s music.  Ted O’Neill is an extremely tight guitar player, and a badass riff-writer (although it should also be noted that Nick Vasallo wrote the majority of the music).  Luis Martinez is an attention-grabbing drummer, bringing in so many playful fills, variations, and an excellent sense of what fits best behind a riff.  He really is the final ingredient to making this album breathe like a living thing.

Here is the problem though: Unfortunately, Oblivion hasn’t released this album yet.  You see, they really want to release this with label support, and I want to see them achieve that goal.  You people should start spamming labels with emails about why these dudes need to be signed.  The sooner that happens, the sooner we get an album.  These guys have worked hard, and I honestly believe in them and what they do.  If I were to put my own recommendation out there, I really think Nuclear Blast needs to look in Oblivion’s direction.  This is top notch death metal that has to be heard.

So with that, I leave you with the video for “Black Veils of Justice”, the 3-song demo on their Soundcloud page (all 3 songs are on this debut album), and an album trailer of pretty sizable length for you all to check out.  I normally don’t like to review shit until the eve of a release because I want listeners to be able to acquire the music promptly if they get hyped on it based on the review, but Oblivion need the help and the hype now.  I fucking love this band.

3 Responses to “OBLIVION: “CALLED TO RISE””