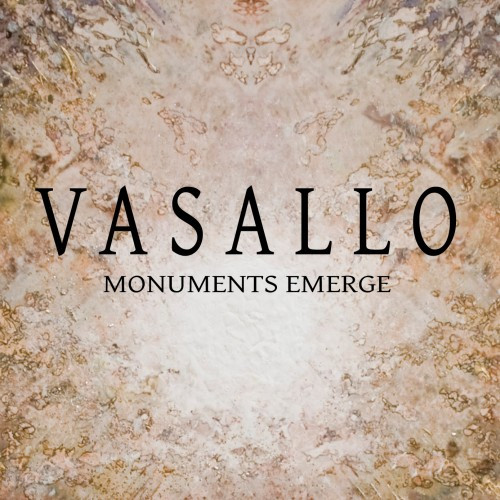 So, in essence, what does metal have to bring to this table?  I suppose it should be noted that in my dialogues with Vasallo, death metal seems to really be his thing.  So, to rephrase the question, what does death metal offer?  What does it capture that’s relevant to these compositions?

Death metal has had the capacity to be melodic, yet what it can capture are terror, pain, fear, and agony.  These are the moods that Vasallo channels with his album Monuments Emerg ,when he’s not dabbling in moments of sheer melancholy (which usually occur within the piano-based pieces).  Vasallo likes violence, speed, and a sense of dread.  While such qualities have been captured in this kind of music before, his incorporation of metal has brought in a heavier, more intense sense of these feelings and cadences.  Even when he engages in softer dynamics, there is definitely still a sense of absolute dread that creates tension despite the music’s reserved nature.  The moments when he brings in a heavy crash of violence, however, are pretty profound and shriek at the listener like souls of the undead crying as they mourn in the river Styx.

I’m not quite sure how to describe Monuments Emerge beyond that as, truthfully, I’m still trying to analyze it.  Because of its particular direction, the album leaves me in a strange mood.  I enjoy this mood, however, as Vasallo is one of the few modern composers I’ve heard who really seems to have his own voice and isn’t stuck in the trap of minimalism that so many modern composers have been in lately (don’t get me wrong, I love minimalism, but so few do it well).

I am definitely intrigued about what Oblivion will deliver when they unleash their full-length debut (coming up here in a month or two), as Vasallo’s classical sensibilities will be applied together with Ted O’Niell’s horde gutting brutality.  In the meantime, enjoy a little change-up from the typical NCS fare.  I’ll post some stuff from this album below, but also a new piece (“Shred”) that he wrote recently.

EDITOR’S NOTE: Monuments Emerge was released in April 2012 by Innova Recordings, and it can be ordered at this site, which contains a lot more information about the album, including a list of the many performers who contributed their talents. Nick Vassalo’s Facebook page is here.