As mentioned in today’s last post, the last 24 hours have brought a torrential flood of news and new music that I care about, and because I care about all this shit, I’ve been grinding my talons down to nubs on the keyboard, on the assumption that you will care about it, too. And if you don’t, please keep that to yourselves, because I bruise easily. Without further ado, here are four more items to add to the long list that has already filled up our site today.

We published a very, very early guest review of Katatonia’s new album, Dead End Kings, in this post. We also were fast in posting about the wonderful music video for the first song to debut from the album, “Dead Letters”. For reasons I haven’t figured out, we’ve been getting a ton of hits on both of those posts over the last 3 or 4 days despite the fact that both of them are two months old. We might as well add something a bit more current.

This afternoon, DGR alerted me to the fact that the entire album is now streaming at the Canadian Exclaim.ca web site. HERE is the link for that. Dead End Kings was released yesterday (August 28) via Peaceville.

We’ve written so many times about this Ukrainian black metal band that I’ve lost count (actually, I could count them if I had more fingers, because all the previous posts are collected here). Schwarzpfad was probably my favorite 2011 black metal album of all the ones I heard last year. It also showed up on Andy Synn’s list of the year’s Critical Top 10 albums, as well as his list of 2011′s Great Albums, and I included a song from Schwarzpfad on our list of the year’s Most Infectious Extreme Metal Songs. 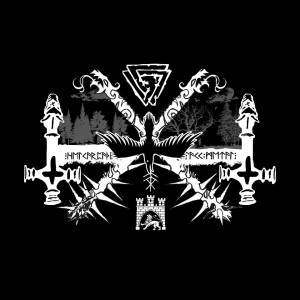 Today I saw the news that Kroda will be releasing a live album in the form of a combined CD and DVD under the title HelCarpathian Black Metal – Heil Ragnarok: Live Under Hexenhammer, which was recorded and filmed in Moscow.

And I also heard a track from this forthcoming project, a live recording of “Heil Ragnarok”, which Kroda began streaming today. The live track is a long one, more than 11 minutes, and it’s a rich combination of folk music and knife-edged melodic black metal. If you haven’t yet explored Kroda’s music, this is a good way to dive in, and if you’re already a fan, this new live album sounds like it will be a necessary addition to the collection: 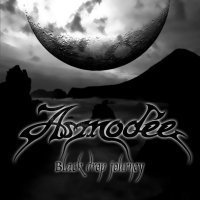 The name of this French band rings a faint bell, but I’m pretty certain that until today I had never heard their music. According to Metal Archives, Asmodée have been around (in one incarnation or another) since the late 90’s, with three albums to their credit, the last of which was 2009’s Chlorosis.

In 2007, they released a 7″ EP named Black Drop Journey, and recently that EP became available digitally for the first time on iTunes. Which of course meant that the music would appear on YouTube, and so it has. And yesterday, The Black Dahlia Murder posted a link to the EP’s title track with some glowing words of recommendation . . . and so I listened to it.

It’s quite impressive, a mind-spinning assault of technical, progressive black metal, as if Gorod or Hacride had taken a turn down more nekro pathways. Check this out: 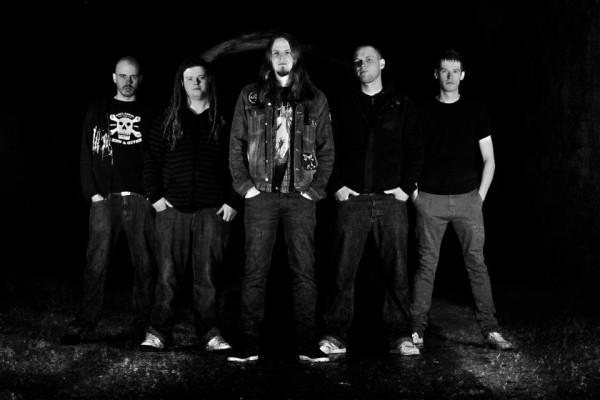 TAKEN BY THE TIDE

I found out about this Nottingham, UK, band because they include a former member of Bloodguard, another bunch of Nottingham metal upstarts who happen to be fronted by our own Andy Synn. It appears that Taken By the Tide’s most recent effort is a three-song promo by the name of Long Pig, which is available for streaming and download on Bandcamp.  What I spied yesterday was a new official video from the band for that promo’s title track.

I was attracted immediately by the title, since it brought to mind one of the millions of pieces of trivia that clutter my head (and therefore prevent me from remembering things like my wedding anniversary), i.e., that “long pig” was the term given by Polynesian cannibals in the Marquesas for human flesh. If you think about it, it’s really kind of a perfect name for that.

As for the song, it’s loaded with pneumatic rhythms, swirling guitars, acrobatic bass notes, howling vocals, and lots of math-metal freakiness. Good stuff, and something that fans of progressive metal ought to discover. Here’s the video (and damn, there are a lot of strings on all those instruments!):

You can find Taken By the Tide on Facebook here.

7 Responses to “SEEN AND HEARD: KATATONIA, KRODA, ASMODÉE, AND TAKEN BY THE TIDE”