We’ve devoted a fair share of attention to the previous releases by this Austrian band, including Andy Synn‘s devotion of one of his SYNN REPORTs to their discography last year and our premiere of a video for a song off their last album, Visions. Although that album was only released last year, Anomalie are back already with a new four-song EP named Integra. 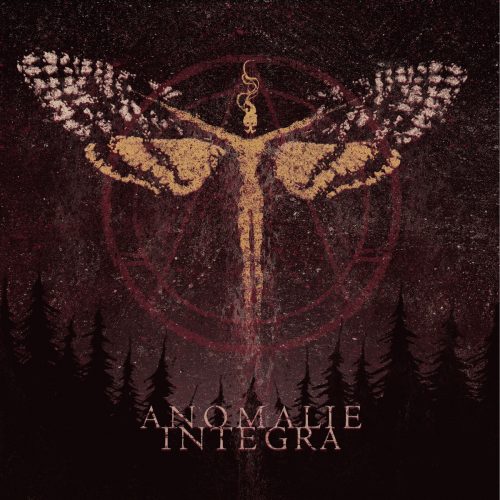 “Aurora“, the first publicly available song from the EP, is both a lumbering, crushingly heavy, dissonance-spiked black beast and a senses-flooding storm of roiling tremolo chords, thundering   drumwork, booming bass notes, and scalding vocal fury. Chanted vocals briefly give the music a solemn cast (and then later an air of agony), while a scintillating guitar melody lifts this otherwise very dark music like scattering sparks in a night sky.

As a trained medical professional, it’s my duty to advise that if you suffer from eggshell skull syndrome, don’t listen to this song. There’s some nice little spacey, mewling guitar accents and blaring, fanfare like chords in the track, but mainly this thing is a howling thunder dome, as in it brings the thunder down on your dome something fierce.

This Polish band’s debut album, Flicker Away, was (to borrow my friend Andy’s words) “fit to bursting with twanging, tensile riffs and gigantic, gigawatt grooves”. This new song, “A Gift Of Consciousness“, brings the gigawatt grooves so hard it may render you un-conscious. It’s a single that’s available on Bandcamp right now, and will eventually appear on Koronal’s second album. The manic video for the song (made by Mania Studio) is a lot of fun, too.

Long-time NCS favorites Oblivion are returning with a new, self-titled album that’s currently slated for release in January 2019. That’s so far away that I figure there’s a 50/50 chance we’ll be looking at something like the cover of the album by the time it arrives. But while we’re perfectly capable of creating such a catastrophe without outside assistance, Oblivion’s new single off the forthcoming album (presented through a lyric video) seems to point toward a more sci-fi narrative.

“True Awakening“, they explain, “is from the subjective perspective of the emerging ASI (Artificial Super Intelligence) as it is first awakening and becoming aware of its powers and the world it inhabits”. Fittingly, the song’s long introductory passage exudes an aura of ominous foreboding as it methodically jackhammers the listener’s skull and swirls about like artificial neurons growing and seeking connections.

Eventually, the rhythms find a galloping gear, and the song surges and batters and thunders, with ghastly vocals augmenting the music’s atmosphere of blistering and brutish violence. A solo at the end, which seems both queasy and questing, leads into one final obliterating onslaught. 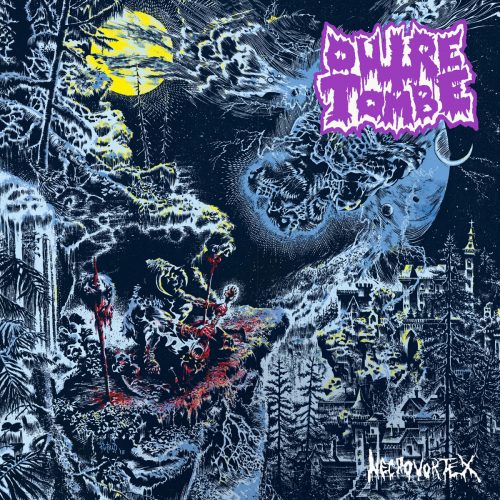 The Québec death metal band Outre-Tombe seems to be a new name in our pages; at least I can’t find any evidence that we’ve written about them before. Their debut album Répurgation was released in 2015, and their second one, Nécrovortex, is set for release by Temple of Mystery Records on October 17th, with cover art by Matt “Putrid” Carr.

The Bandcamp page for the new album explains that Outre-Tombe have drawn inspiration from such groups as Grave, Nihilist, Asphyx, and Pestilence, and the first song from the new album, “Rongé par les Miasmes”, does indeed have a strong old-school aroma — the enticing perfume of decay and degradation, of slow-lurching horrors and effusive blood spray.

The song becomes a grinding, bone-mangling, pulse-pumping rampage, with raw, wretched vocals that stand out, and a pair of thoroughly putrid and convincingly paranormal guitar solos swirling and shrieking on top of everything else. This thing becomes so intense that I thought the top of my head was going to come off before it ended. Outstanding work gentlemen! 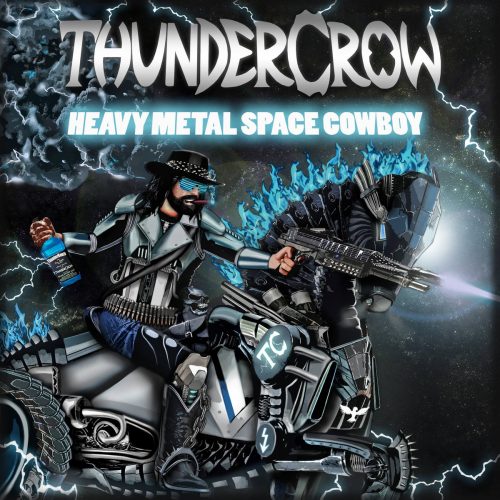 You can tell them I’ve been jumping around musically in this round-up, and I’m about to jump again. I mean, this song makes me want to jump, as well as being a jump into a very different genre.

Because I’m in a hurry, I’ve only picked one song from an album that was released in late July by the German band Thundercrow, though I’m including the full album stream to make it easy for you to go further if this song hits the bullseye for you too.

The name of the album is Heavy Metal Space Cowboy. The song has the same title, and it’s a heavy, spacey, narcotic rocker (true to its name), with thoroughly nasty, bourbon-abraded vocals and a beefy rhythm section to go along with the beefy riffs and bluesy leads. No molds were broken in the making of this song, but sometimes this kind of primal head-mover is what you need. 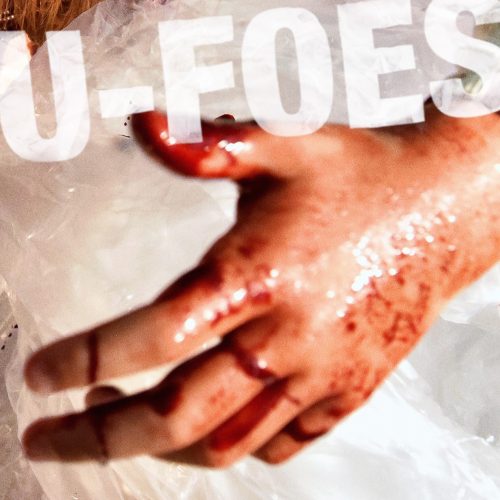 One more genre-jump lies ahead before I must, sadly, bring today’s massive round-up to an end. The line-up of this last band, U-FOES, has a bit of overlap with another Norwegian band I’ve written about before (Shevils) and also includes members  from Jaga Jazzist, Silence The Foe, The Lionheart Brothers, and Bror Forsgren, though I’m unfamiliar with those groups. They attempt to describe their music in this way: “As if Melvins, Torche and Slayer, drunk on absinth, had a bastard child, and left it in the forrest to die.”

Today they released a video for a song called “No More No More” off their album Whiteout, which will be released on November 2nd by Marw Melodee. It’s probably a good thing the band employ some jarring stop-start sequences in this song because without those few micro-second pauses it might succeed in clobbering your skull so hard that it comes apart. It’s also a hugely addictive track, and the vocals are… completely unhinged.