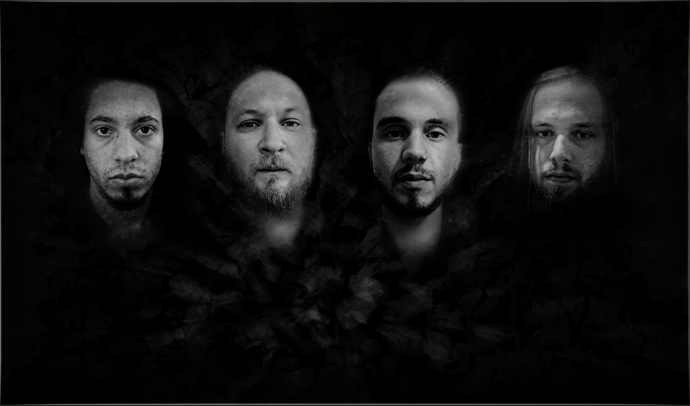 (In this new edition of Waxing Lyrical, Andy Synn posed his usual questions to Daniel Neagoe of the UK-based funeral doom band Eye of Solitude.)

As far as I can gather, we’ve been writing about Romanian/British Doom lords Eye of Solitude for well over five years now, and have featured articles on their work a number of times (such as here, here, here, and here).

This, however, is the first time in quite a while where we’ve had the chance to speak to one of the band members directly – in this case vocalist/lyricist Daniel Neagoe – and learn a little more about what makes him tick!

I started writing poems when I was 15 and it came very naturally to me as a way of expressing myself in lyrics rather than in prose.

It was only later on that I started writing lyrics for other bands and then, after a couple of years, I began writing my own songs’ lyrics.

Usually it’s me who comes up with the album concept and who starts writing the lyrics in order to match the concept, however I am still very open to any ideas which are brought to the table by other people.

The more ideas, the better! 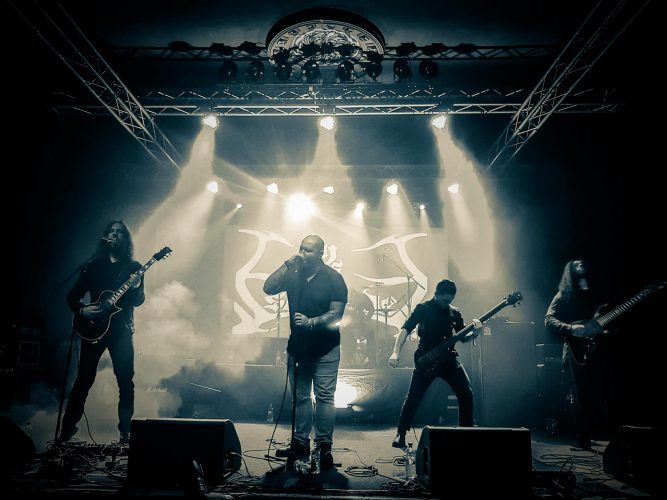 Inspiration comes whenever you expect it the least – in my case – however there are about a zillion things that inspire me daily, whether it is a walk in the park or a film I am watching.

I always accept the fact that adapting and joining ideas together is not a bad thing. On the contrary, it brings more and more perspective to what I’m writing about, gives me inspiration, and a broader vision.

I can only say I have lots of favourite authors and writers, mostly Romanian, as I myself am Romanian, thus most of my favourite lines are in my native language.

However, I can also mention some international writers such as John Saul, whose work is my personal favourite, and Seth Jones, an English artist who I admire very much, and many others.

Luckily I’ve always had a way with words and I’ve never had to struggle with lyrics, however I believe the writing process is much easier now, due to the passing of time and gaining of experience.

Things have become easier and thankfully writing now is just as fun as when I first started.

The song I’ve chosen here is called “Awoken By Crows”, from our album Sui Cadere.

Forging in dreams so bitter

The song is a portrait of a man going insane and, in his insanity, the only thing he sees and hears are crows. I’m not always a fan of metaphors and always liked to speak things as I see them, so this is meant as a direct representation of insanity as a constant feeling of anguish and helplessness.

This one is “Boundless Silence”, the final track off our latest album, Slaves To Solitude.

Crossing yours and my hope

End this chapter and your life

There aren’t many changes in the lyrical themes, however I’ve noticed that some things tend towards the more negative side, as I’ve started to see things as much darker, and as time passes by I become more aware of the inevitable end.

However, the clarity of the message is still there, and I suppose the style of writing lyrics never changes in comparison with the musical style. There will always be certain elements present in my lyrics.

Thank you very much for the opportunity and giving me a chance to speak about my lyrics.

Hopefully we will all stay healthy and sane enough to keep writing both music and lyrics in the future!