After two powerful previous releases, the MMXIII demo in 2013 and the stellar 2015 EP Below the Hengiform (which we had the privilege of premiering), the Irish black/death band Malthusian will at last release a full-length this year. Across Deaths is set for release on September 28th by Dark Descent Records and Invictus Productions. 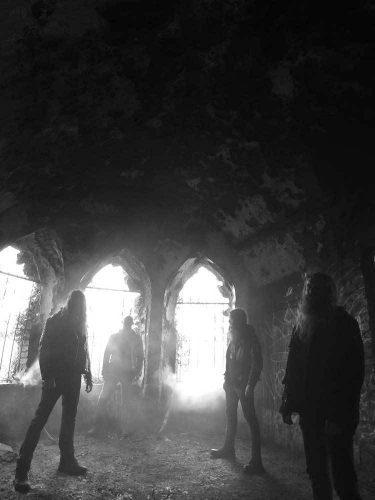 The first advance track appeared way back in April, and prompted me to write:  “‘Remnant Fauna’ succeeds in combining a feeling of monstrous, roiling hunger; unconstrained violence; mental splintering; and agonizing gloom. The dissonant and dismal melodies that whip and ooze through the song are perversely seductive; the drumming is a thing of wonder; the vocals are convincingly berserk”.

At last, a second track from Across Deaths premiered this past week at the excellent Bardo Methodology, along with an interview of guitarist MB that is both greatly entertaining and persistently elucidating. Among many things I learned were insights into the creative techniques employed by Malthusian (which apparently include bouts of heavy drinking), but I’ll just do what I always do and say what the music makes me feel.

“Across the Expanse of Nothing” is both chaotic and complex, poisonous enough to turn your blood to black acid and warped enough to flip your mind upside down. To be sure, it includes potent grooves, impressive technical execution (the drumwork is especially jaw-dropping), and bursts of queasy melody and repeating riffs that worm their way under the skin. But the labyrinthine, nightmarishly hallucinatory quality of the experience is what leaves the most lasting impression. 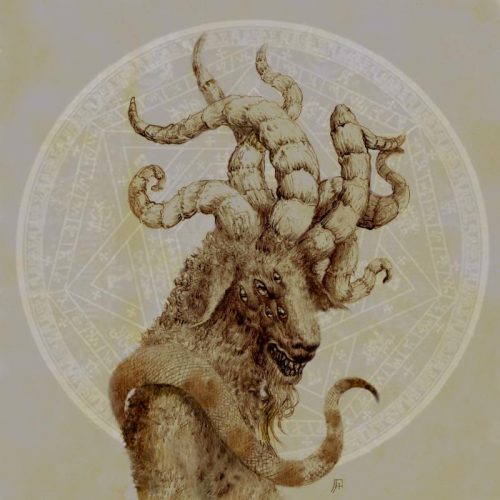 Not as much time has passed between Valdur releases as those of other bands included in today’s collection, but that’s not a bad thing at all since the music of this group from Mammoth Lakes has been so dependably good. Their new album, Goat of Iniquity, is now set for release on October 19th by Bloody Mountain Records.

I understand that my comrade Andy Synn will be devoting attention to the album, and previous Valdur releases, in a forthcoming SYNN REPORT, so I’ll just encourage you to check out the song that premiered last week through a music video, the name of which is “Divine Halls of Obscurity Pt. I” — and I’ll include this statement from Valdur about the album:

“Valdur – Goat of Iniquity: another chain of songs containing deep extremities and primitive, suffocating atmospheres. This is not a continuation of our previous release; this album moves backwards in a far more violent structure and sound; like a deathmetal cassette from 1988. Goat of Iniquity was recorded by us and us alone in the Bloody Mountain Bunker, with no triggers or other redundant studio shortcuts. Vicious underground metal recorded in a live setting. Not for trendy ears! For Valdur, ‘Goat of Iniquity’ is another step deeper into the obscure halls of integrity.”

The cover art was created by FarronLoathing. Pre-orders aren’t up yet, but presumably will become available at these locations:

It has been a long seven years since the UK’s Spearhead released their last album, Theomachia, which I continue to listen to. I also continue to wear the Spearhead shirt that I bought about 6 years ago, because it’s one of my favorites, even though (as recounted here) there were times when I forgot whose shirt it was; in my defense, it’s starting to fade with wear.

It was, therefore, very exciting to learn that Spearhead would finally be releasing a new album, through Invictus Productions. The name, which would be disagreeable to Mahatma Ghandi and Martin Luther King if they were still alive, is Pacifism is Cowardice.

The first excerpt from the album is “Of Sun and Steel“, and it’s a great reminder of how rabid, electrifying, and addictive Spearhead’s music is. There’s a berserker level of wildness and ferocity in the song, yet it’s also dynamic and structured in a way that will get your head moving hard. And as crazed and poisonous as the riffs are, they spear your head (pun intended) and get stuck there.

The album was engineered, mixed, and mastered by Greg Chandler at Priory Recording Studios; the cover art was created by Jose Gabriel Alegría Sabogal; and it will be released on November 23rd. 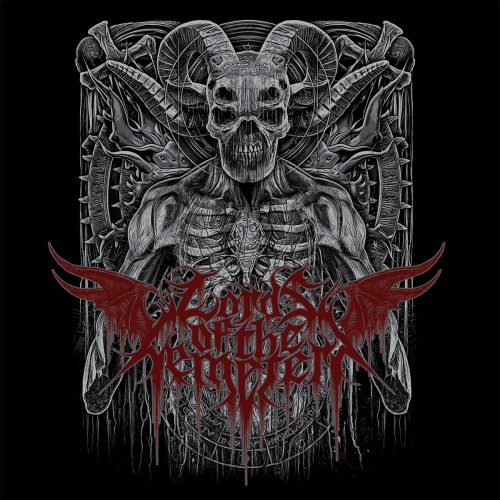 LORDS OF THE CEMETERY

Lords of the Cemetery are the one band out of the five in this collection who were new to me. They’re a French duo, and their second album Path of Damara is coming out on September 28th through Great Dane Records, who make reference to the sounds of Dissection, Death, Morbid Angel, and Nocturnus in describing the band’s music.

Three of the album’s seven tracks are currently streaming on Bandcamp, and they display an impressive talent for creating a sense of cold, creepy, sinister atmosphere while also delivering neck-cracking rhythmic drives and hook-laden melodies. 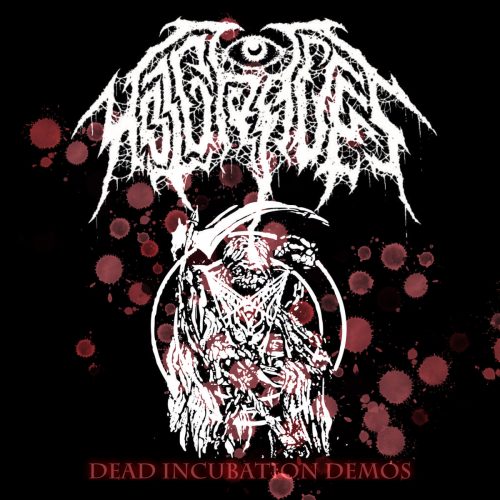 Here’s another old favorite who haven’t been heard from in a while. On one of the previous times when I’ve written about them (here), in connection with a 2012 split release with Whitehorse, I attempted to describe their music this way:

“The music sounds like mad scientists mixed thrash, punk, and d-beat, cooked it in whatever makes metal black, and then spun it in a centrifuge at high speed until it exploded and spattered the walls with filth. It’s mainly fast, abrasively raw, and smokin’ hot. It’s the music of a demon moshpit at a dive bar in Hell.”

Their last release was a 2015 album named Magnificent Death, and what surfaced on September 7th is a collection called Dead Incubation Demos.

The Bandcamp page for this release explains that Hot Graves “lapsed into disarray after a final show in 2015 with ATL buddies WHORES“, but had recorded a bunch of demo material before that rupture happened. There’s a lot more detail about these demo tracks on Bandcamp, and those notes end this way:

“After the final show, drummer Matt had already moved away to South Florida to pursue a better life, and bassist Hutch also continued to step up his personal life and musical game, so HOT GRAVES was left in a state ov dead incubation, as Myk continued to spiral into horrendous shit that led to the writing and recording ov a whole new HG album in total isolation… Which will be coming soon… Stay tuned”.

I’ll definitely be staying tuned, curious about what might come next. But I also want to give you a strong push to listen to these demo tracks. They’re further proof of how much red-hot talent this band had going for them.