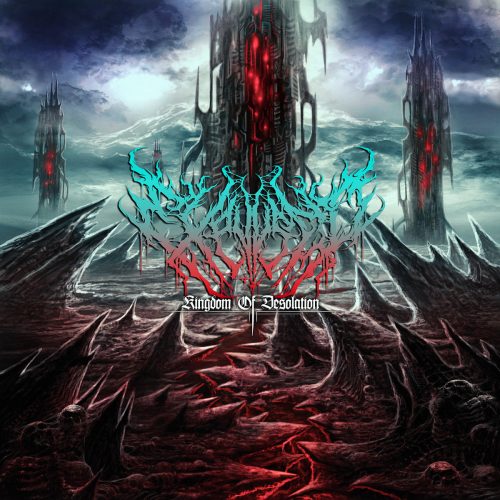 (Vonlughlio prepared this review of the debut album by the Australian brutal death metal band Expulsed.)

This time around I am going to introduce you to a small label located in the depths of Ukraine (Reality Fade Records) founded by Dimitri in 2016. I was fortunate to discover the label when it had only released three albums. Through interactions on Facebook I became friends with him, and from there I saw that he had a clear vision of what to do with the label, with a focus on bringing out music that he was passionate about, without focusing on commercial consequences.

From there, Reality Fade signed many bands, such as Interminable Corruptions (whose first album I reviewed here, and placed on my 2017 year-end list as well), Coprobaptized  Cunthunter, Habitual Depravity, Dymorfectomy, Decomposition of Entrails, MDMA, Ineffable Demise, and ByoNoiseGenerator (whose new album I reviewed here), to name a few. But the subject of today’s small write-up is the Australian band Expulsed and their debut album Kingdom of Desolation.

I heard one of the first singles from the album and thought to myself that it showed promise, including the tone of the guitars and the ferocity of the vocal delivery. So when I was given the opportunity to consider the album as a whole, I seized it.

My first impression was that Kingdom of Desolation isn’t a ground-breaking album or one that will re-define the genre (the songs are very straightforward), but that it was a good starting point for the band. The production is a plus, and the songs are full of energy, which keeps you wanting to be in constant motion as you listen. The downside is that some songs may feel the same and would have benefitted from greater diversity in the vocal patterns and song structures. With that being said, the compact length of the album helps keep the songs from wearing out their welcome.

That’s how I felt after the first listen, but as I went on listening for the second and third times, I appreciated the album more, realizing that it includes some great blending of technical and brutal death metal, with a good balance between the two. The performance is precise, with the coordination of the riffs and the blast-beats guiding everything, and the bass adding some good touches here and there. I mentioned that for me the vocals were lacking in diversity, but they are strong and aggressive, and that fits perfectly with the music.

Overall, I do recommend that you check out this new band because they have great potential and I believe that they will keep evolving in the future; I want to be there to witness it. Also be sure to check out the other bands in Reality Fade Records‘ roster if you haven’t.