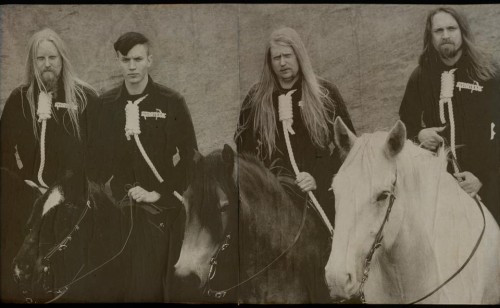 Three days ago they unveiled one of the songs from the latest demo, “Wanda La Put”. It features guest vocals by Emperor Magus Caligula, formerly of Dark Funeral. It’s fucking nutz. It’s a blast furnace of big razor-edged riffs, pummeling rhythms, and wolf-bark vocals (the kind of wolves that leaped in packs out of Hades). The heat comes off this song in waves, and the groove carves like a megawatt laser.

I hate that I can’t embed the goddamned song right here, but I’ve found no version of it anywhere that’s embeddable. So, you’ll have to go HERE to listen (it’s the first song on the player). And here are band links for Spasmodic: 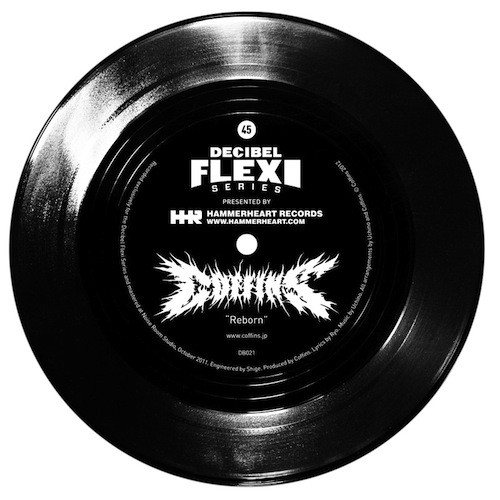 DECIBEL magazine has unveiled the next installment in its Flexi Series, and this time the track (“Reborn”) comes from Japan’s Coffins. When the song premiered on MetalSucks two days ago, DECIBEL’s Andrew Bonazelli wrote: “Obviously, these dudes do a ton of one-offs and splits, but ‘Reborn’ just might be a bridge to their new Relapse LP, scheduled to drop either later this year or early 2013. But you can own the flexi as part of our September issue right now.”

One of these days, I’ll feel the need to articulate (if I can) the appeal of tar-soaked death-doom dirges to fans like myself who generally prefer metal that delivers a hyperblast of adrenaline. I’m not clear-headed (or fuzzy headed) enough to do it now. All I can say at the moment is that this Coffins song is one heavy motherfucker.

Much of it is faster than usual, and what’s not fast is utterly eviscerating. And the whole catastrophic thing is a titanic headbang trigger, with a guitar solo that moans like a demoness in the throes of a life-changing (or death-changing) orgasm. 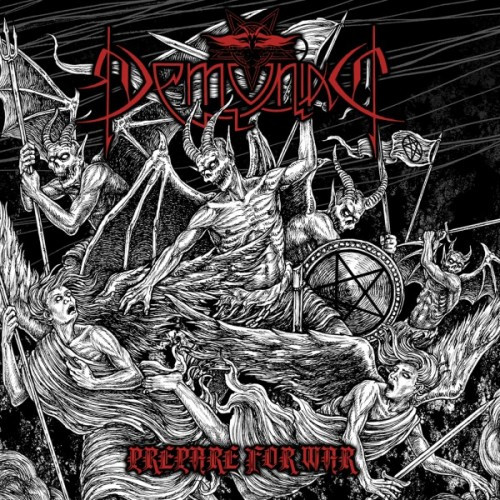 Demoniac were a New Zealand band that came together in the early 90’s, producing their debut album Prepare For War in 1994. According to Metal Archives, they broke up in 1999 after releasing two more albums and moving to England in an effort to find an environment more supportive of extreme metal. Following the break-up, most of the members went on to form DragonHeart, which they later renamed DragonForce — and of course, that band is still going strong, releasing their fifth studio album (The Power Within) this past spring.

The drift into power metal that eventually gave birth to DragonForce began early, even when Demoniac were still together. But the music on that debut album Prepare For War was black metal. 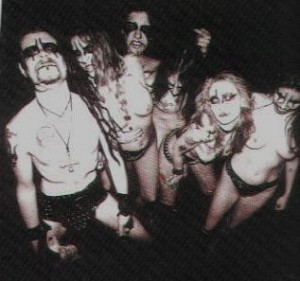 Yesterday, Listenable Records disclosed that they are reissuing Prepare For War on both vinyl and CD, with new cover art (which you can see above), and they also put up a promo video on YouTube. The promo is one full song, though the YouTube clip doesn’t say which one it is. Based on the length of the song, I think it has to be “Chaoist” — though I’ve never heard the original release of this album.

Whatever it is, I like the song. It’s lo-fi, but with a moving haze of relatively clear guitars that give the song an infectious melodic lilt despite the BM-standard razored vocals and all the percussive ammunition. A trip through history, and music that still sounds good.

You can pick up the re-issue of Prepare For War at Listenable’s web shop here.