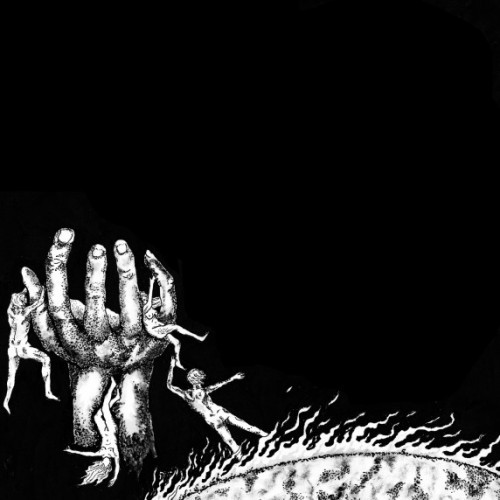 Thanks to NCS reader Ørsaeth, I’ve discovered that on August 21 Gilead Media will be releasing a new False-Barghest split (12″ vinyl only) and that the split’s contents are now streaming within the internest. It’s strong music that will only fortify the growing reputation of these two bands. 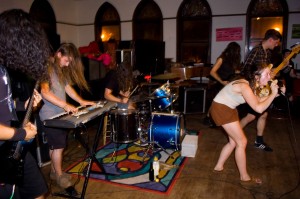 The contribution from False is a song called “Heavy As A Church Tower” that’s over 17 minutes long, which premiered at DECIBEL on July 9. The music moves through a multitude of dark landscapes — near-ambient doom, with shimmering guitar and keyboard atmospherics over a throbbing low end; a flood of manic, blasting drums and howling/scything/writhing guitars; avant garde lead-guitar and bass interplay; discordant, down-tempo funeral doom; and at the end, near-clean tremolo-picked melodies worming their way through a dense maelstrom of guitar, bass, and drum cacophony.

The song has a very heavy low end. In fact, the jaw-dropping drum rhythms and bounding bass work on the song come very close to stealing the whole show. The vocals (voiced by a woman named Rachel) are a shattering flurry of glass shards, and are one of the few elements of the music that connect directly to “traditional” black metal. Overall, it’s a complex song that demands attention, and in its experimental qualities reminds me of bands such as Deathspell Omega and Blut Aus Nord.

I haven’t found any social media pages for False. You can stream and download (“name your price”) the False Untitled debut on Bandcamp here.

Barghest contributes two long songs to the split. “Shifting Sands” is one of the first songs Barghest wrote. The contrast with the song by False is dramatic. The lo-fi music hits immediately with a tidal wave of double kicks, cymbal crashes, and savage, tremolo-picked melodies. The pacing of the song drops before it’s over into a sludgy monolith of uber-distorted instrumentation, though still threaded with morose melody. The vocals (which are subdued in the mix) vary between paper-tearing shrieks and bestial growls.

The second Barghest track, “Inhuman Hatred”, is a new song. Listening to it is like being caught up and carried along in a radioactive blast wave as its diameter rapidly expands from ground zero. It’s a titanic, gut-ripping grind of low-tuned guitar and searing vocals, the drums inflicting a constant rumble with scattered, reverberating snare hits and attention-grabbing progressions. There’s a change in the guitar tone about mid-way through, climbing slightly higher in the register, but losing none of the vicious, incessant, grinding, assaulting quality of the music.

Seriously, there’s no let-up and no prisoners taken, and a better title for this song could hardly be imagined. Strong fucking shit.

Barghest’s Facebook page is at this location. You can download the 2011 Barghest debut album on Bandcamp here. Here are the two tracks from the new split: