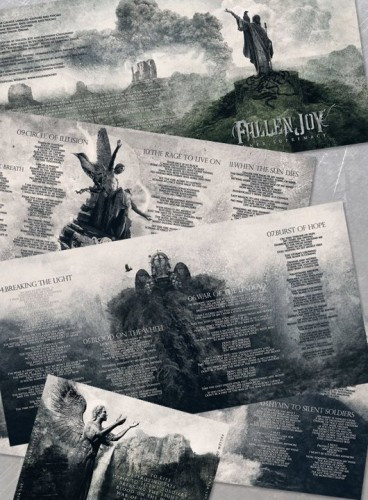 We started this day with doom (mixed with stoner) in a review of the debut EP by France’s Mudbath. We’ll be going back to doom in the next post (and I’m talkin’ about seriously catastrophic doom), but just to prevent things from getting too abysmal around here, this post includes two videos and a song that I saw and heard yesterday that get the blood pumping (instead of freezing it into a viscous sludge). And the bands are: Fallen Joy (France), From Ashes Rise (U.S. – Portland), and Throwers (Germany) — clicking on their names will take you to their Facebook pages for more info.

Fallen Joy have a debut album coming soon called Inner Supremacy. The artwork for the cover and the CD booklet can be seen above, created by the very talented Strychneen Studio; in fact, I discovered this band through Strychneen’s posting of the album art on their Facebook page.

So far, the band have released one song from the new album for streaming on SoundCloud (here), and now they’ve released a music video for the same song: “Hymn To Silent Soldiers”. Whoever those silent soldiers may be, the song is also a hymn to bands such as At the Gates, but with some blackening in this canticle and an air of modernity in the riffing and soloing. The song is a blood-pumping, jolting gallop with riffs that blister and a nice blend of black- and death-metal vocals. Check out the video right after the jump. 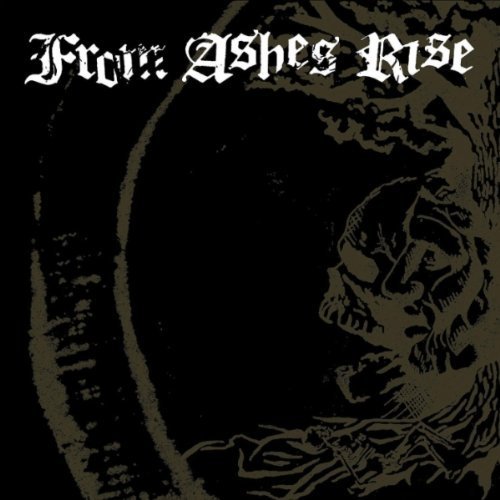 This band started their existence in 1997 in Nashville, moved to Portland (Oregon) in 2001, called it quits in 2005, and resurrected themselves in 2009. Their most recent output is a new 7″ released a week ago by Southern Lord (get it here or on iTunes or Amazon) called Rejoice the End. The release was also commemorated by a new video of the title track made by director David Hall of Handshake Inc and Scion A/V (the single also includes a second song, “Rage of Sanity”).

In a recent interview, Hall described his sense of the song (not necessarily its intended meaning) as “a note writ large from the trumpet of the angel gabriel. It is a song about courage. And a song about blood, and stars and never, ever giving up”, and he tried to capture that feel in the video he made.

The song in the video isn’t the kind of music we cover very often at this site, but I really like it. I guess I’d call it a crust-punk anthem. It features massively infectious melodies, curb-stomping riffs, a shout-along chorus, and a shitload of emotional intensity. Really digging this thing. Cool video, too . . . 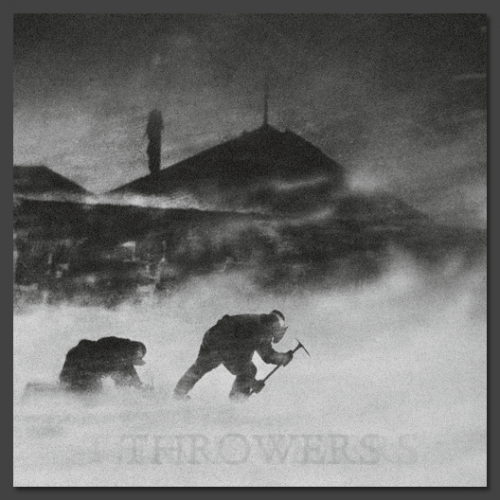 I came across this band via a Southern Lord Facebook link. As noted earlier, they’re from Germany and they released a four-song debut EP in January by the name of Prosaic Materialists/Rudimentary Bodies. It’s selling on vinyl and tape on the Throwers’ Bandcamp page (here), along with a lot of merch — but the band has also made the EP available for free digital download at the same site.

So far, I’ve only listened to the one song from the EP to which Southern Lord pointed in that FB link. It’s called “Koloss”. That name rings a bell. I wonder why?

I love a bass lead/solo, and that’s how this song begins, so I was already halfway sold before the song even kicked into cruising speed. And by the end, I was sold all the way. Like the preceding song, this one has a crust/hardcore backbone, but it’s even heavier and darker. Yet it also includes ringing post-rock guitar instrumentals as accompaniment for the sludge-filled low end, as well as well-constructed tempo dynamics. And dat bass . . .

I’ll embed the player for the whole EP: