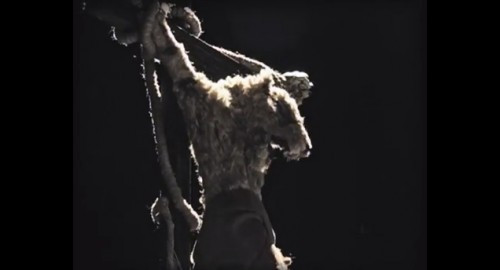 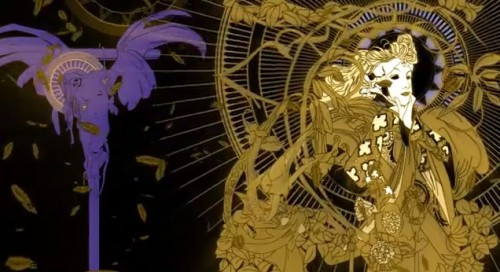 As previously mentioned, we’ve got another doom-oriented post planned for today, as a bookend for the one with which we started, but in the meantime here’s one more interlude.

Vallenfyre and Paradise Lost are two of our favorite bands, united by the common presence of Greg Mackintosh. Both of them have released extremely strong albums over the last eight months — Vallenfyre’s A Fragile King (reviewed at NCS here and here) last November and Tragic Idol by Paradise Lost (reviewed here) earlier this year.

Both of them also seem to be united by the dedication of fans who are not only faithful but also really fuckin’ talented. Witness the two videos featured in this post, which I just saw this morning.

The first one is a stop-action animation for Vallenfyre’s tremendously monstrous song “Ravenous Whore”. It tells the story of theocratic rat people trying to summon a creature through the sacrifice of one of their own, and it’s really well-done. Not only is the animation extremely cool, but the conception and syncing of the visuals to the music are creative and beautifully executed. Credit goes to Jamie Evans from the UK, who is submitting the video to the upcoming Bradford Animation Festival.

The second video is another animation, in the style of a lyric video, for the song “Theories From Another World”, which is probably my favorite track on Tragic Idol. A Russian fan who goes by the name MrHuempolbu created the animation using the Tragic Idol cover artwork created by Jean Emmanuel Simoulin (www.metastazis.com), and it’s also superb.

Both videos are greatly helped by the fact that the songs kick so much ass, but the creativity and artistic skill shown in both of them deserve a round of applause. Watch them next . . .