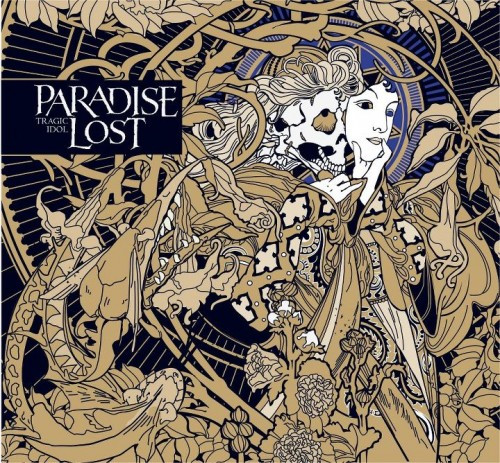 (In this post, BadWolf reviews the new album by Paradise Lost.)

Angry metal is easy listening music. Anger rears its ugly head all too often in modern life; we find it easily, relate to it easily. But the negative spectrum of emotions stretches far past anger, and the feelings in its more obscure realms—frustration, longing, melancholy—make music just as stimulating. Sometimes more so. Unlike anger, love, and lust (the pop music stock-and-trade), Melancholy has no object to fixate on. It floats in the air without form or shape. More than those other emotions, we need art and music to give these tough, amorphous emotions a form. 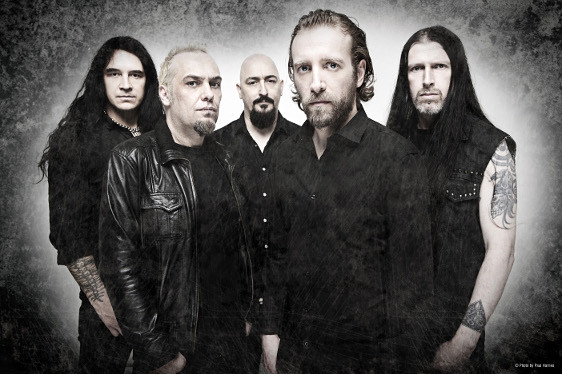 Even in their early-90s death metal days, these English musicians (including NCS-favorite Gregor Mackintosh) dwelled more on passive sorrow than active hostility. That thread follows their career out of death metal and into a decade of more keyboard-driven alternative rock. In the past few years, these grandfathers of gothic metal—along with their contemporaries in My Dying Bride and Katatonia—put out more metallic music. 2009’s Faith Divides Us, Death Unites Us, their previous record, struck a balance between the strong and emotional alt-rock from their early days and the molten riffage of their youth.

Their 2012 record, Tragic Idol, perfects that balance. In a parallel universe, Paradise Lost attained Metallica’s level of commercial and cultural ubiquity. Remember, please, Metallica’s melancholy opus “Fade To Black”: Paradise Lost hit that yin-yang between difficult mood and easy hook almost every time. The songs on Tragic Idol range from quicker near-thrash numbers like “Theories From Another World” and “In This We Dwell” to slower anthems like “The Glorious End” and “Solitary One”. Their songs, like great scotch, go down smooth but smolder once they’re inside you.

Consider, for example, the title track concerning a man jumping off a building to his death. Vocalist Nick Holmes has a powerful clean baritone, but accentuates his performances with blasts of power and brief screams that suit the delicate-then-punishing dynamic of Paradise Lost’s music. The vocals and rhythm guitars play counterpoint to one another while Mackintosh unloads some of the finest solos of his career—see the hammer-pull trill at 0:44 of “Crucify”.

For the first time since 1997’s One Second (OK, and the first side of Faith Divides Us), Paradise Lost sound like a unit. The guitar tones, Holmes, and even the artwork finally feel like like they are working in seamless concert, carving out a shape for those uneasy sadnesses to embody. I’ve been listening to Tragic Idol for a month straight—I can’t imagine it not raking in accolades come December listmania. Early album of the year contender for sure—and maybe Paradise Lost’s finest hour.

EDITOR’S NOTE: At this writing, DECIBEL is still streaming the entirety of Tragic Idol at this location. The album is out now on the Century Media label and can be ordered here. As we reported recently, Paradise Lost will also be touring North America with The Devin Townsend Project and Katatonia. The current schedule is included in that post — here.