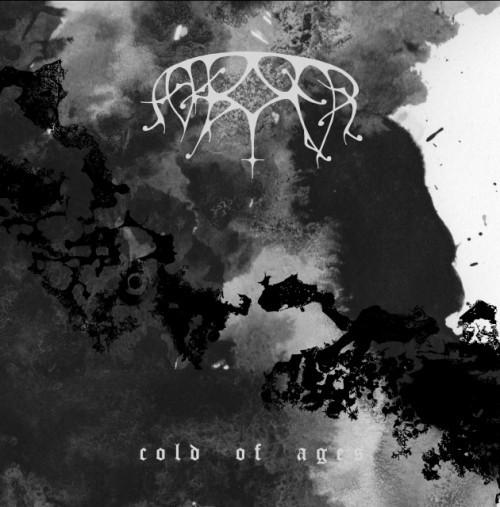 Though very much adhering to an underground ethos and relying largely on word of mouth and distribution by tape and vinyl, Ash Borer have nevertheless succeeded in spreading their name and their music in ever-widening circles. Their 2009 demo opened a lot of eyes, as did their excellent 2010 split with Fell Voices, but their 2011 debut album (self-titled) really put them on the map. It made many Best of the Year lists (including five that we posted here at NCS) and was praised by BadWolf in our review; in an extended metaphor, he compared it (repeatedly) to sex.

As good as their previous releases have been, however, it turns out they were all just preparation, a slow build to the band’s first album on the Profound Lore label, which is scheduled for release on August 14. On Cold of Ages, Ash Borer have mastered the art of immersion, creating a completely entrancing (if often disturbing) musical experience that should land them on even more Best of Year lists when 2012 draws to a close.

Black metal takes many shapes. Though usually united in certain readily identifiable instrumental and vocal techniques, or at least by a certain unbridled aesthetic, the music spans a continually expanding soundscape. It encompasses everything from black thrash to black ‘n’ roll, from hybridized black/death to avant garde shoegaze, from blasting evisceration to occult-themed psychedelic pop to caustic forms of post-metal. Ash Borer have devoted themselves to richly atmospheric, long-form music — the kind of black metal that tests the listener’s attention span, but when successful, is capable of establishing deep emotional connections and firing the imagination. In that respect, Cold of Ages is an unqualified success.

And Cold of Ages is definitely long-form, with four tracks ranging in length from more than 11 minutes to over 18. Attention is indeed required, but there’s a big payoff — and not much risk of your mind wandering away before you get to the album’s end. 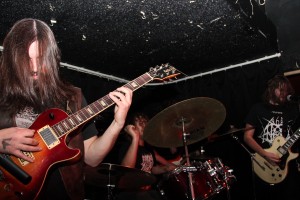 The songs are like mini-symphonies, organized in movements. Though certainly not rigidly structured in the way of classical symphonic works, the music flows across changing tempos, rhythms, and varying levels of intensity, capturing the mind and the emotions and carrying them away like rafts caught in the power of an ocean current.

The distorted tremolo-picked guitars mimic the enveloping swell of massed strings in a concert hall, layered and dense. Higher-pitched leads carry riveting melodies like solo violins through the surrounding wash of ebbing and flowing sound. Booming bass notes and the drone of down-tuned guitars embody the primal groan of bass-level woodwinds or low-pitched brass. The intensity and volume of the music rise and fall as certain instruments stop and others play solo.

The echoing vocals, which are usually high-pitched, harrowing, and stripped of discernible words, stand in for a choir (albeit a choir of shrieking banshees), devoted more to the expression of emotion than any intelligible lyrical themes.

Given the length of the songs, it may come as no surprise that repetition of riffs and melodies is a key part of the music. But because of Ash Borer’s canniness as songwriters and performers, it’s the kind of repetition that casts a spell instead of casting the listener into a fog of boredom. You won’t be gazing at your shoes as the band weave their incantations, you’ll be gazing inward, feeling the rush of changing emotional states — most of them melancholy or even bleak, but also triumphant and freeing.

The drumming in any long-form music devoted to atmospherics is vital, both as a means of deepening the ambient effect by adding weight or vitriol to the moving wall of sound and as a device for breaking the patterns into new shapes. On Cold of Ages, it’s excellent. Through changing beats, progressions, and techniques, it adds variety to the music even when the guitars and bass are locked in one of those repeating loops of melody and rhythm. Sometimes the sound rumbles like distant timpani, sometimes it’s an all-out assault of blasting or double-bass, and sometimes the drummer breaks into riveting snare-tom rolls or shifts into straight-up rock or punk pounding.

As I read back through what I’ve written so far, I have some concern that those references to symphonies and spells may have created a misleading impression, so let me be clear: Despite the thoroughly engrossing/entrancing nature of the music, this is still black metal. At almost every step of the way, there’s an undercurrent of savagery, and sometimes it spills over the top in scathing assaults and whirling maelstroms of noise. 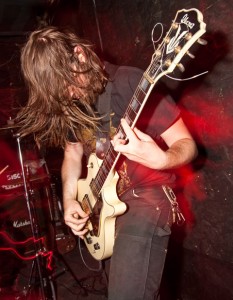 In an effort to bring together all these thoughts in the context of a single song, let me take the album’s longest and most disturbing one as an example. “Convict All Flesh” begins with droning, isolated, distorted notes, and the guitars then give way to a choir of wordless, beautiful, female vocals (courtesy of Jessica Way from Worm Ouroboros), which then give way to a dense fusion of blast beats and cutting tremolo guitars. Distant, demented shrieking echoes from above and a thrumming bass line rolls below. A needle-sharp, unsettling guitar melody pierces the murk, writhing and crying out in a bleak voice.

The drumming changes to an emphatic pounding accented by crashing cymbals, and then everything dies away, to be replaced by two layered guitar tracks, one deep and droning and one ringing in a simple melancholy melody. Eventually, rumbling drums steal in almost softly, and the guitar lines becomes more complex. And then at about the 14-minute mark everything becomes more frantic, more hard-charging, and the harsh vocals again begin to howl and shriek with abandon. The drumming grows frenzied, the guitars grind viciously, the whirlwind takes over.

Near the end, the funereal pacing and dirgelike gloom of the intro descend again, but with the distorted lead guitar continuing to flail away like a caged tiger at the bars.

And that’s one song. The other three offer epic adventures of their own, no less fascinating.

If it wasn’t yet true before, with Cold of Ages Ash Borer have established themselves as a genuine force on the American black metal scene. For fans of long-form, atmospheric music — and especially those who like it primal, delivered with teeth and claws instead of avant garde weirdness — this is a must-listen release.

Profound Lore plans to release Cold of Ages in both CD and digital formats — a first for an Ash Borer release — and orders are being accepted here. A vinyl format is planned somewhere down the road via Pesanta Urfolk.

Ash Borer have a blog at this location, where you can find details about the band’s September West Coast tour with Menace Ruine and Servile Sect.

And here’s an edited version of the album’s first song “Decended Lamentations” — which is still more than 13 minutes long (and 4 minutes shy of its true length). You can also hear the entirety of the album’s last track, “Removed Forms”, at Pitchfork.