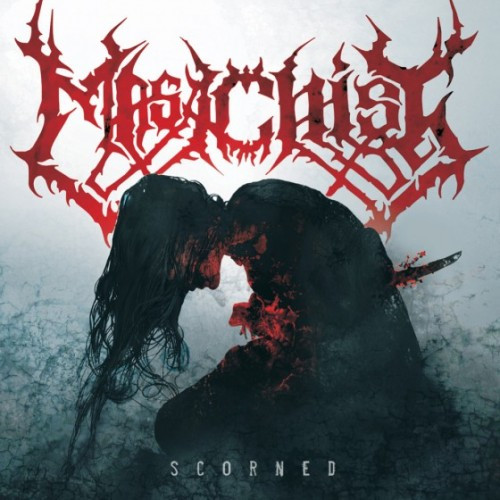 The band released their debut album (Death March Fury) in 2009, and they have a follow-up entitled Scorned due for release on September 3 via Selfmadegod Records. Yesterday the band released a song from the new album called “Opposing Normality”, which follows a previously released track, “The Process of Elimination”. Both songs are definitely worth hearing.

The music is bone-jarring death metal, fast and technical but somewhat unorthodox in its approach, with scale-leaping, minor-key riffs, unexpected ambient passages, and eerie soloing. There’s an alien quality to the songs, both machine-like and insectile, like the scurrying and swarming of a hive of bio-mech centipedes the size of mastiffs. It’s both brutal and otherworldly, like a death metal version of Blotted Science.

I’m digging this strange brew, but I’m curious what you make of it. Check out the two songs after the jump and leave some comments.

Masachist can be found on Facebook via this link. The eye-catching cover art is by Anna Rosół of Trynity Art Studio. The new album can be pre-ordered here.

7 Responses to “MASACHIST: “SCORNED” ON THE WAY”