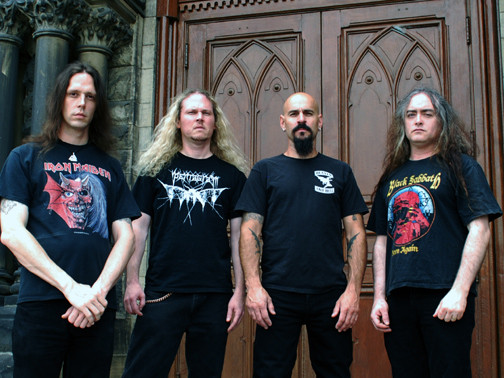 The ol’ fucking day job has had its claws in my viscera the last couple of days, and I haven’t been able to focus my bloodshot eyes on happenings in the metal world as keenly as I’d like. But that vice-like grip has eased somewhat, so it’s time to begin catching up. Here are some items of interest I saw and heard yesterday.

I saw the news that Incantation (pictured above) is at work on their eighth album, to be entitled Vanquish in Vengeance, which is projected for a November release on Listenable Records. I saw this statement by John McAfee:

“The title track is about the massacre of Saxons in the town of Verdun in 782, called on by order of King Charlemagne. As an album title it has a different meaning to me. Vanquish in Vengeance symbolizes the long history of the band. We have fought many battles over the years to keep things going. We have always stayed true to our original vision and have never caved into trends. After a long wait between albums we are back with a vengeance with some of our darkest and heaviest material to date.”

“Darkest and heaviest material to date”? That would take some doing.  “We have always stayed true to our original vision and have never caved into trends”? True dat. I’m ready for new Incantation.

I like the music of Sweden’s Shining. I saw that Shining have a new album coming. Instead of persisting with the Roman numerals as on previous albums, this eighth one has a name: Redefining Darkness.

I also saw that Shining’s main man Niklas Kvarforth recorded two teaser videos for the album. In one, he’s having a rub-a-dub-in-the-tub using the favored lubricant of all trve black metallists. He’s also licking something that looks vaguely familiar. I’d say this one is not safe for work, but you’re not working now, are you? In the second video he multitasks, explaining Shining’s self-mutilating mission while taking a shit.

Thanks to TheMadIsraeli, I saw that my favorite Hungarian death metal duo (now trio?) has released a new song –“K.I.S.S.” Fortunately, Meankind don’t believe in keeping it simple, stupid. They blaze away like arsonists in a block of abandoned buildings, like electrodes affixed to your temples by a confirmed sadist, like dudes who have always believed in having fun with their music and fortunately are armed with a fuckload of fun-giving talent.

Go HERE to catch our last neon-lit feature on the band (with links to other features), and listen to this to get your skull cored out: 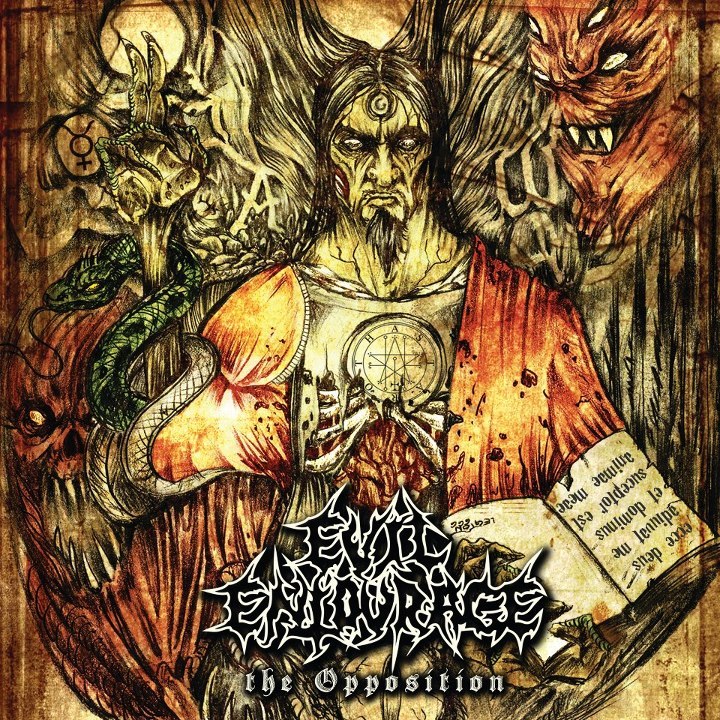 Here’s a new discovery (at least for me) — a Mexican band with a new EP called The Opposition coming on September 17 from the guaranteed-brutal-as-a-charnel-house label, Chaos Records. Yesterday, the band released a video for a song from the EP by the name of “Swathe To Blind”. The song will fuck you up.

Correction: the song fucked me up. I’m not sure about you; it depends on how fucked up you already are. It’s a torrent of torrential death metal that reminded me of Deicide and Obituary, going for the jugular while giving you something to remember them by while you re-paint your walls with all that blood spurting from your neck.

The high points of the video are obscured by silver stars and cross-hatched black tape.