Here’s a quick round-up of news items I saw today. I may have more later . . .

That’s a really good promo shot up there, don’t you think? It was taken by Hannah Verbeuren. Could there be a relationship to the band’s fabulous drummer Dirk Verbeuren?

In addition to seeing that great photo, I also saw the news that Soilwork’s new album, The Living Infinite, is going to be a double-album. According to the band’s front dude Björn “Speed” Strid , it will be: “A REAL double album, in the true sense of the word, which means no fillers and no left-overs.”

Oh, let’s hope that will prove to be true! And let’s further hope that with all that extra room it will include the kind of harder-edged, melodeath marauders like “Needlefeast”, “Follow the Hollow”, “Like the Average Stalker”, and “The Chainheart Machine” that Soilwork once enjoyed delivering, in addition to the catchy, poppier, cleanly sung stuff that dominated The Panic Broadcast (2010). I’m not saying I didn’t enjoy that last album, because I did, but I kept waiting for something with real teeth in it . . . and waited in vain. Now I’ll start waiting again . . . .

On the other hand, I don’t think lack of teeth will be the problem with this next band’s new album. 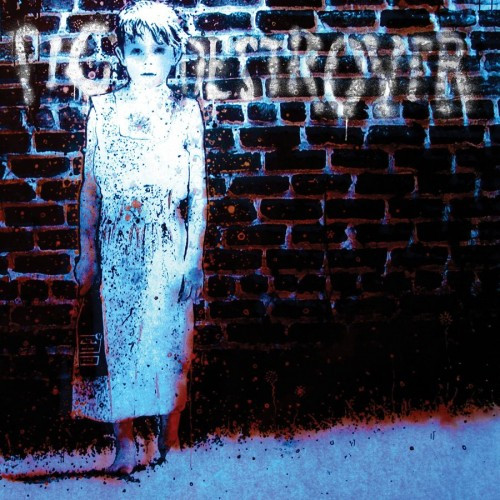 Pid Destroyer’s next album, Book Burner, is due for release by Relapse on October 22. I’m beyond stoked for it. Until today, all I’d heard was a snippet of a song called “Underground Man”, but my head started smoking after just a few seconds; the clip’s not long enough to cause spontaneous combustion. You can listen to the clip here.

But today, Relapse started streaming a teaser clip that includes more music, and it was enough to cause me to run for a bucket of water to douse my fuckin’ head. It’s just below. Also, in more welcome news, Book Burner became available for pre-order today HERE.

I also saw today the announcement by Black Market Activities that on October 23 it will be releasing Danza IIII: The Alpha – The Omega, the fourth and final album by The Tony Danza Tapdance Extravaganza. This release will be a bit different, it appears, due to a slimmed-down line-up in which Josh Travis plays all the instruments, with Jessie Freeland handling the vocals. Here’s a quote from Josh Travis that peaked my interest, though I would have been interested in this album anyway:

“For this album, Jessie and I were looking to create more of a visceral vibe than a completely technical vibe. There’s parts that do still get a bit chaotic of course, but not nearly as much as the avid listener is used to. Everything about this record is way more to the point, with much more heart put into it rather than just seeing how many notes could be thrown into a part or seeking to create ‘the heaviest shit ever’ or any of that nonsense. The record being titled The Alpha – The Omega, to us symbolized the beginning and the end of Danza. Jessie and I hope you enjoy it as much as we enjoyed creating it for you all.”

The artwork for the album, which I like, was created by Michael J. Windsor.

Also, the album is now up for pre-order HERE.

And last but certainly not least, today we have the first track to debut from the album. It’s called “You Won’t”, and it proves the truth of that Josh Travis quote up there. It’s visceral, as in it kicks you right in the viscera, and then takes a hammer to your kidneys for good measure, while drilling into your skull with some whirring, needle-sharp guitar leads and then scrambling the gray matter with a centrifuge of a solo. Fuckin’ raw, freaked-out, turbocharged bludgeoning. Check it: 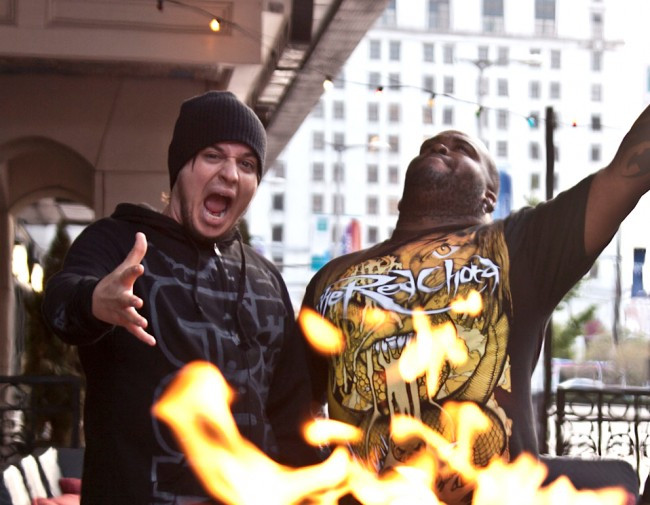