(In this post Andy Synn reviews the just-released debut album on Season of Mist by Norway’s Khonsu.)

Whether you believe that music (and art) creates some sort of spiritual or emotional connection, or whether you see it merely as a stimulus for strange, internal chemical reactions, the fact remains that ever since Sabbath struck their first doom-laden chord there has been an inherent darkness to our music that touches something within us far different from what the rest of the world experiences.

The hybrid black metal sound of Khonsu absolutely revels in this darkness, wrapping its post-industrial, post-apocalyptic (but never post-metal) sound in a shroud of shade and shadow, while taking the audacious (and risky) step of using the keyboards as a leading instrument, utilising this expanded sonic palette to great effect to realise both extroverted concepts and introverted neuroses in equal measure.

Always a dangerous choice, in the wrong hands this often results in nothing but pompous farce or overblown, soulless theatrics. But Anomalia bucks this trend – instead of simply filling out the sound in a passive fashion, the ever-present synth lines and haunting keyboard refrains actively control and direct the direction of the music and have been given the necessary time and care that they need to realise their potential. Rather than being treated as an afterthought, a mere parlor trick or cynical attempt to expand the sound, the synth work here is an integral part of each song’s foundation, granting each one a thematic breadth and depth outside and beyond the confines of black metal’s traditionally guitar-based aesthetic.

Progressive in intent and ambition, the structures of all the songs, which you may have gathered are all of a somewhat significant length, are complex without being convoluted, intelligent without being impenetrable, and though each track is a singular contained chapter, they all contribute, individually and as a collective, to the overall direction of the album.

This is pure Blade Runner black metal, born and raised in Perdition City under the hazy glare of neon lights, where the blood of the dragon meets the sprawling sound of tomorrow. 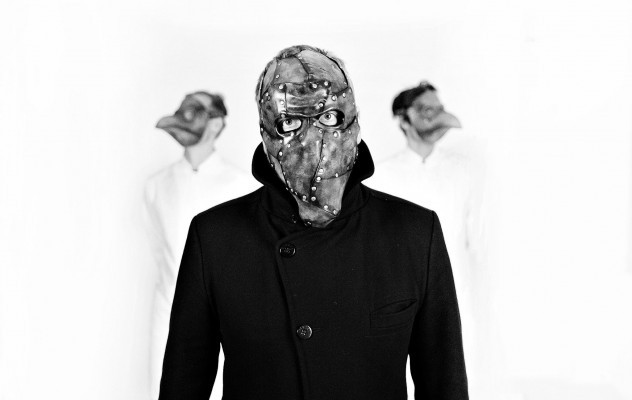 The strange, otherworldy synths that introduce the aptly-named “In Otherness” should serve to prepare you, to an extent, for the upcoming collision of styles, as chugging, muscular riffs clash disharmonically with weird synth sounds and keyboard lines in an unsettling, coldly intelligent manner. The strange, staccato, spidery riff-work that follows is enveloped by a shadowy veil of electronic ambience, while Thebon once more shows off his impressive versatility and expressive talent. The clever interplay between acoustic and metallic stringwork adds further variety to the track, as it move sback and forth between juddering, guitar-led aggression and swirling, keyboard-heavy madness.

Similar to Keep Of Kalessin (with whom they share much of a lineage), the group are unafraid to use non-traditional black metal elements to accent their sound, not only in the gleaming, futuristic synth lines, but also in the shameless incorporation of complicated riffage, clean guitars, and soothing clean vocals. The omnipresent synthetic soundscapes present on “The Host” only add to the impression that this is an album sent back from a time where black metal has expanded its sonic palette and sphere of influence to an extent almost entirely divorced from its ancestral roots, where the future sound of music has been determined less by genre confines than by the black pulse of fearless sonic experimentation

The haunting, seductive melodies of “Darker Days Coming” are matched by the firebrand performance of Thebon on the vocals, giving one of his most powerful and multifaceted performances to date, as the thrusting, imperial riffs and deftly played drums peal out an endless array of shifting, striking rhythms and mercilessly precise structures. Crystal-clear keyboards are interwoven with the track’s ringing acoustic work and soaring clean vocals, while intricate lead and vocal refrains provide a hypnotic undercurrent to draw the listener ever deeper.

“Inhuman States” brings an extra level of intensity to the table, with a truly thunderous drumming performance, along with some razor-sharp, scything riffage to boot. For much of its early run-time this track follows the Keep Of Kalessin template rather closely, unleashing a furious flurry of blasting drums and slightly warped, technically adept riffage. Yet throughout this the flowing waves of enigmatic keys and distinctive, synthetic harmonics that accentuate the blazing guitars maintain the otherworldy edge of the record, culminating in a conclusion of whispering sci-fi loops and grand, cosmic atmospherics. 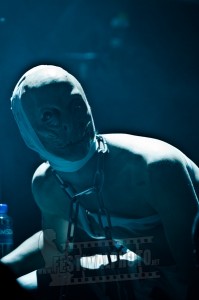 “So Cold” is a more controlled, groove-laden number which chugs along with locomotive force and drive, but doesn’t quite find its hook or direction until it brings in some more unusual elements, such as the lead-heavy death metal riffs that perk up the song’s mid-section, or the unexpected diversion into rippling acoustics and frail clean vocals at its conclusion. It’s actually a good song, don’t get me wrong, just a little safe and “normal” compared to the infectious and compelling sci-fi weirdness that can be found on the rest of the record.

“The Malady” channels a more spiritual, less self-loathing facet of Aborym’s mutant, danceable rhythms, stark keyboard loops dressed in black and forced into a chaotic pairing of twisted, metallic rhythms and pulsing, electronic heartbeats. Though the album has been tagged with an “industrial” moniker, this is ultimately misleading – this is not an album attempting to replicate the sounds of machinery, rather it is an album using machines to replicate the horrors and beauty of humanity, inside and out. It is far closer to Ulver than it is to Nine Inch Nails, and all the stronger for it.

At times it seems as though this album was constructed in a vacuum, so dismissive is it of the tastes and expectations of any potential audience it might find. Yet there’s nothing premeditated or purposefully controversial in its approach, merely a calm acceptance of all influences, no matter how esoteric, adding colour to the album’s many shades of black.

Nowhere is this more prominent than on the calm, acoustic opening of the album’s final track, “Va Shia (Into The Spectral Sphere”, where the tinkling, gorgeous synth lines slowly metamorphose into a grinding, heaving riff storm that roils and boils before drifting back into calmer waters of vast, oceanic waves of sound and ethereal, floating synthscapes. Noirish keys and subtle acoustic layers turn the song into an expression of Norwegian gothic, shadows and sunlight, clear and yet unknowable, capable of terrible metallic violence as well as healing streams of pure, synthesised melody. At over 14 minutes in length, it allows Gronbech free reign to unleash his wildest fantasies and most extravagant impulses, without compromising the vicious aggression or cold intellect of the track. 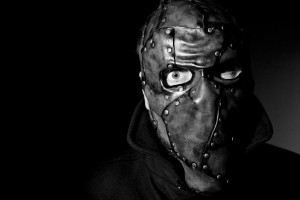 If it wasn’t clear, I have totally fallen in love with this record and its odd mix of metallic, moonlight majesty and dark, neon ambience. It’s not a flawless masterpiece, but it is effortlessly seductive. Interestingly, the weaker points on the record are actually those where the unusual melange of inhuman sounds and metallic power is pared back, such as on the more purely guitar-oriented parts of “Inhuman States” and “So Cold” – both of them tracks that are far more interesting when they continue to explore the record’s fascination with the synthetic and artificial.

At times visceral and devastating, at others enigmatic and beguiling, the record is at its best when fusing the gleaming, synthesised auras of Ulver with the guitar-driven misanthropy of Keep Of Kalessin – a simplified, but effective comparison of the band’s sound.

It is here where Anomalia affords us a tantalising glimpse of a strange, alternate world where black metal, grown far beyond what its simple roots could ever have predicted, has spiralled off into a grand cosmic synthesis of brooding darkness and blinding light.

EDITOR’S NOTE: Khonsu are now streaming Anomalia in its entirety here at Stereokiller. The album can also be streamed and downloaded at Khonsu’s Bandcamp page HERE, or ordered in physical format from Season of Mist. You can connect with Khonsu on Facebook via this link. And in case you missed it the first time we featured it at NCS, here’s the band’s striking official video for “The Malady”: