I realize that recently I’ve been making these “Seen and Heard” posts a daily occurrence when I should have been concentrating more in depth on individual albums or EPs. But I’ve been pressed for time recently, and although I’ve fallen even further behind on reviewing albums and EPs I like, I’m at least trying to keep up with the news — especially news that involves new music that really strikes a chord.

Yesterday was a big fucken bonanza of new music. In fact, I found so many likable new discoveries that I’ll have not one but two of these posts today (and maybe more, depending on how today goes). This is the first one, and I’m really excited about the songs I’ve collected here, all of which are dramatically different shades of black metal — from Rage Nucléaire (Montreal), Decline of the I (Paris), and Black September (Chicago).

Late June it was when I saw an announcement by Season of Mist that they had signed a four-piece black metal band called Rage Nucléaire. It got my attention because the band was formed by Lord Worm, former vocalist of Cryptopsy. I wrote about the event (here) despite having no music to hear. Now I do.

As SOM begins the ramp-up to the debut of Unrelenting Fucking Hatred, they’ve now disclosed the release dates — Nov. 6 for North America and Oct. 19 for the rest of the [fortunate] world — and they’ve started streaming the album’s opening track, the name of which is “Violence Is Golden”. And you beginning to detect a theme about the music?

“Violence Is Golden” is golden. It’s a vicious, buzzing hive of mutant hornets whipped to a frenzy by compulsive riffing, insane percussion, and an even more insane vocalist whose shrieking is sulfurous enough to burn out your nose hairs. Also, there are explosions and gunfire. It’s a song that proves out the band’s description of their sound as a “hate-filled blend of melodic black metal and violent industrial.” I found it irresistible.

The song is streaming on Rage Nucléaire’s Facebook page, but I’m so damned selfish that I want to play everything here at NCS, and I found a YouTube clip, so I can. But do be aware that the sound quality is better on the Facebook player. Also, I’m confident that those of you on FB will go like the Rage Nucléaire FB page if you dig the music as much as I do, and lick them hard. I mean, like them hard. Or just be hard.

Unrelenting Fucking Hatred is now available for pre-order (CD and limited double-LP) at this location. 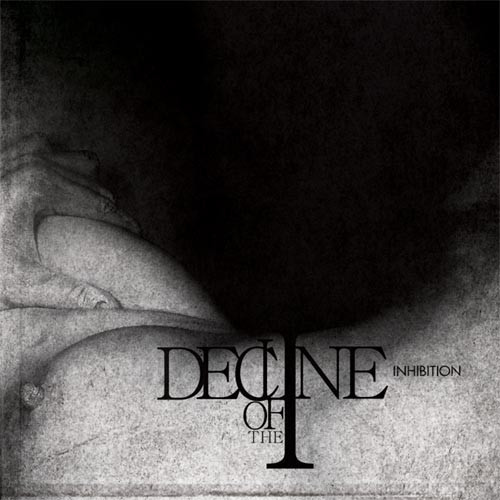 This band is a one-man project. The man is A.K., who is the guitarist for French black metal bands such as Vorkreist and Merrimack (there are a shitload of others, but those are the two whose music I know and like). Decline of the I have (has?) created a debut album named Inhibition, which Agonia Records will release on September 25 in Europe and the UK and November 6 in North America (sometime, I need to find out why record labels think these dramatically staggered release dates make business sense).

Yesterday, Agonia began streaming the album’s premiere track, “Static Involution”, and man is it interesting. I confess that when you listen to as much metal as I do every day, so much of which sounds like something I’ve heard before (though it may still be quite good nonetheless), mere difference can be appealing. But “Static Involution” is more than simply unusual; it’s also unusually good.

The album is available for pre-order here.  And Decline of the I has a Facebook page at this place. 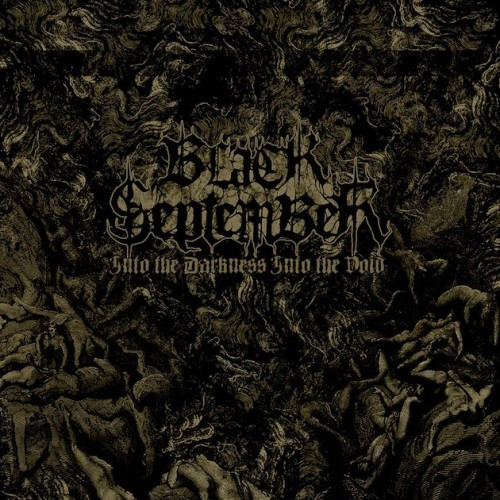 How have I not come across this band before? They seem to have put out a demo, a split, three EPs, and a full-length album since 2007, and now they have another album on the horizon — which is scheduled for a September 25 release by Prosthetic Records (pre-orderable here). The title is Into the Darkness Into the Void. Yesterday I listened to a song from the album named “Defiance” that’s streaming at Invisible Oranges (and they’re also running an album give-away contest that you might want to check out). 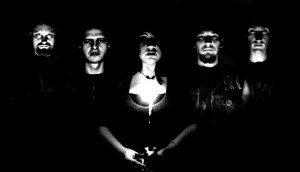 This song hit my sweet spot hard. As I hear it, it’s a riveting intersection of old-school Scandinavian-style death metal, melodic black metal, and doom. It reminded me at times of Dissection, which is a band whose early music I dearly love. It’s dramatic, atmospheric music that still packs a savage punch. And I’m really liking the harsh vocals, which I presume are still provided by Jen Pickett. They can sound both wounded and voracious, and always full of passion.

I can’t embed the song, so you’ll need to go to Invisible Oranges to hear it. However, I did discover two other Black September tracks from the new album that are up on Bandcamp — “Rabid Hunger” and “Beyond the Realms”. They both really dropped my jaw — truly powerful shit — and caused extreme salivation at the thought of having an entire album of music this good. Do yourselves a favor and listen to these songs. Black September’s Facebook page can be reached via this link, and they also have a pre-order for the limited edition colored vinyl here, along with other merch.

5 Responses to “SEEN AND HEARD: RAGE NUCLÉAIRE, DECLINE OF THE I, BLACK SEPTEMBER”